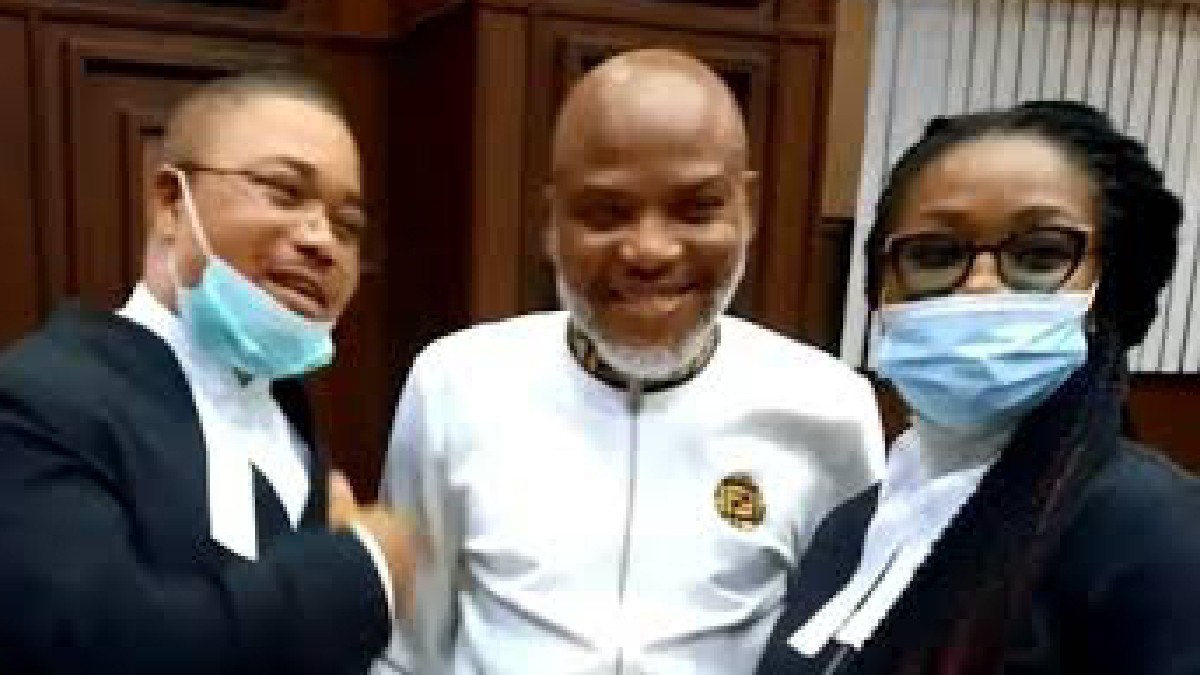 Nnamdi Kanu, the leader of the banned Indigenous People of Biafra, has been released by the Abuja Appeal Court.

Kanu was charged by the Federal Government in the Federal High Court in Abuja with 15 counts of treasonable felony and terrorism, which he denied.

Kanu had criticized Justice Binta Nyako of the Federal High Court in Abuja for ordering him to answer seven of the 15-count terrorism charge against him.

He had prayed the appellate court to quash the entire charges and set him free on various grounds including that the purported offences were not committed in Nigeria.

Kanu has repeatedly called for the breakaway of southern Nigeria to form the Republic of Biafra.

On October 2015, he was arrested by Nigerian authorities on an 11-count charge bordering on “terrorism, treasonable felony, managing an unlawful society, publication of defamatory matter, illegal possession of firearms and improper importation of goods, among others.”

He was granted bail on April 2017 for medical reasons.

However, Kanu fled the country in September 2017 after an invasion of his home by the military in Afara-Ukwu, near Umuahia, Abia State.

He was then sighted in Israel before relocating to London, UK. He has been under DSS detention since June 2021 when we was illegally captured in Kenya and brought to Nigeria.

Delivering it’s judgement on Thursday, October 13, a three-man panel of the Court of Appeal said the Federal High Court lacks the jurisdiction to try him in view of his abduction and extraordinary rendition to Nigeria in flagrant violation of the OAU convention and protocol on extradition.

The court held that the 15-count charge preferred against Kanu did not disclose the place, date, time and nature of the alleged offences before being unlawfully extradited to Nigeria in clear violation of international treaties.

The court also held that the Federal Government failed to disclose where Nnamdi Kanu was arrested despite the grave allegations of terrorism against him.

The ruling was disclosed by Kanu’s lead counsel, Ifeanyi Ejiofo

I didn’t Kill Agata, an Unknown attacker killed Ataga while I was out — Chidinma