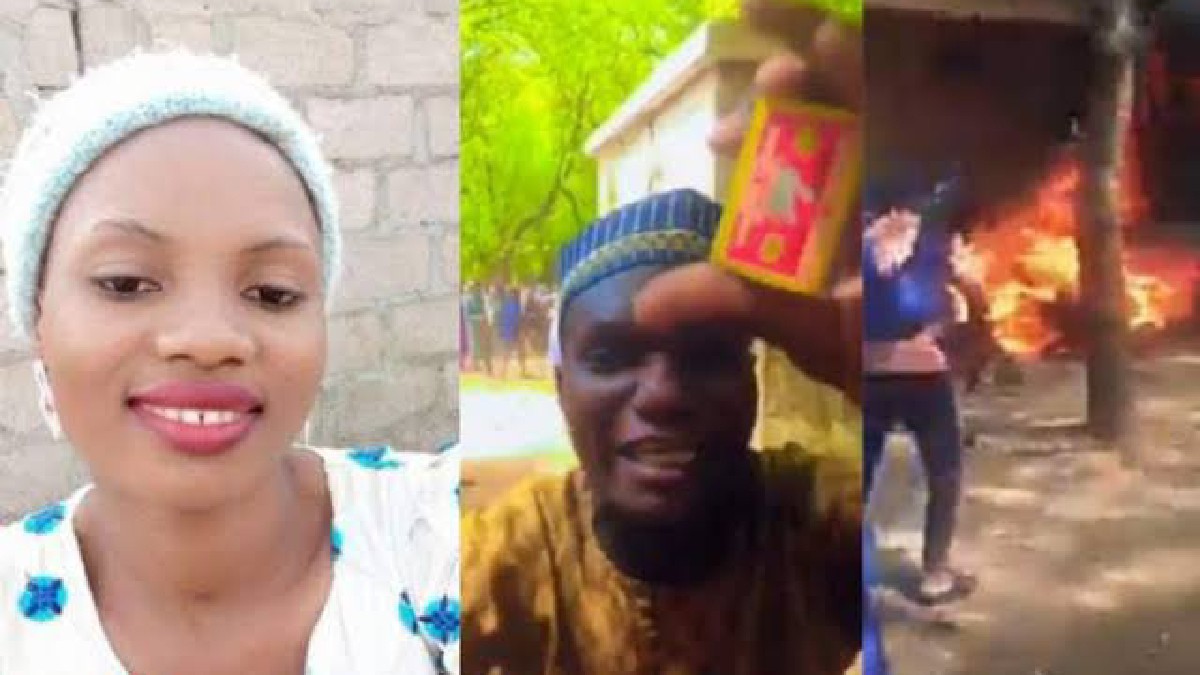 A student of a school in sokoto was on Thursday mobbed and burned by some of her classmates for allegedly insulting Prophet Muhammad (SAW).

This is because the school’s administration also ordered the school’s immediate closure following the incident.

The incident was reported to have occurred on Thursday morning. According to reports, the female student was beaten to death and then burned by fanatical Muslim students at the school for alleged blasphemy.

In a video of the incident seen on social media, young males hurled stones at her. Some also used sticks and different objects to hit her.

When the victim fell to the ground unconsciously, the attackers gathered tyres around her before she was set ablaze.

According to daily Trust, the girl simply identified as Deborah was said to have made a blasphemous comment on a WhatsApp group.

Online sources said she only challanged someone in the WhatsApp group for posting a religious content in a group that was meant for school matters.

Meanwhile the school’s management in a circular dated May 12, 2022, while announcing the immediate closure of the college, described the incident as an “early morning students rampage”.

The circular read, “Following today’s early morning students rampage in the college, the College Management has resolved to close down the college indefinitely with immediate effect. Consequently, all students are hereby directed to vacate the college campus immediately (May 12, 2022).”

Outraged by the incident, Nigerians on Twitter asked the Sokoto State Governor, Aminu Tambuwal, and other relevant stakeholders to ensure justice is served.

Meanwhile, Governor Aminu Tambuwal has ordered that the state school be closed immediately in light of the incident.

Tambuwal also directed the Ministry of Higher Education and relevant security agencies in the state to begin investigations into the cause of the unfortunate incident, according to a statement issued by the state’s Commissioner for Information, Isah Bajini Galandanci.

“It has come to the notice of the Sokoto State Government, the unfortunate incident that took place at the Shehu Shagari College of Education (SSCOE), Sokoto in which a student of the college lost her life.

“The government has ordered immediate closure of the college.