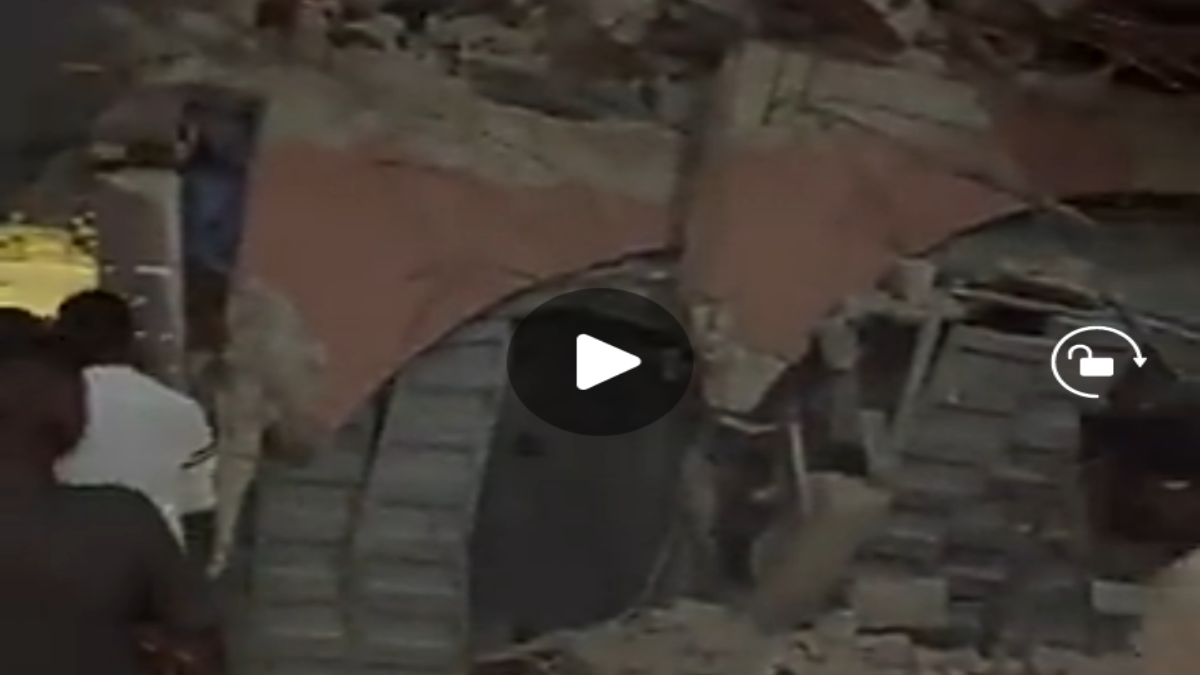 Ebute metta building collapse is one of the tragedies that broke the internet this week. On Sunday night, a three-story building collapsed at No 32, Ibadan Street, Ebute Metta, Lagos State.

The Lagos State Fire and Rescue Service announced this on its Twitter page late Sunday.

The service assured that rescue operations to save anyone trapped in the building had begun.

The tweet, which included a video of the building, read, “An alert of a three-story building collapse by 32 Ibadan Street, Ebute Metta was received at 21:48 hours, Sunday, with Lagos State Fire and Rescue Service already on the scene.”

“An alert of a collapse of a three-storey building by 32 Ibadan Street, Ebute Metta was received at 21:48 hours, Sunday, with Lagos State Fire and Rescue Service already at the scene.

The caretaker of the three-story building that collapsed in the Ebute Metta area of Lagos State on Sunday revealed that occupants were given notice to vacate but did not do so.

The caretaker, who is the landlord’s son and spoke on the condition of anonymity, told emergency responders that he was living in the building with other occupants when he noticed signs of distress.He said he had to leave the building and rented another apartment.

“I had to leave the building and rent an apartment nearby,” the caretaker explained.

He claimed that he did not collect rent from the tenants for a long time because he expected them to leave.

At least eight occupants were found dead in the rubble, while 23 were rescued alive.

Emergency personnel have been working around the clock to reach the building’s ground zero.

I had to leave the building and rented an apartment in the same vicinity,” the caretaker said.

Building Collapse in Lagos; “How we rescued 24 Persons.”