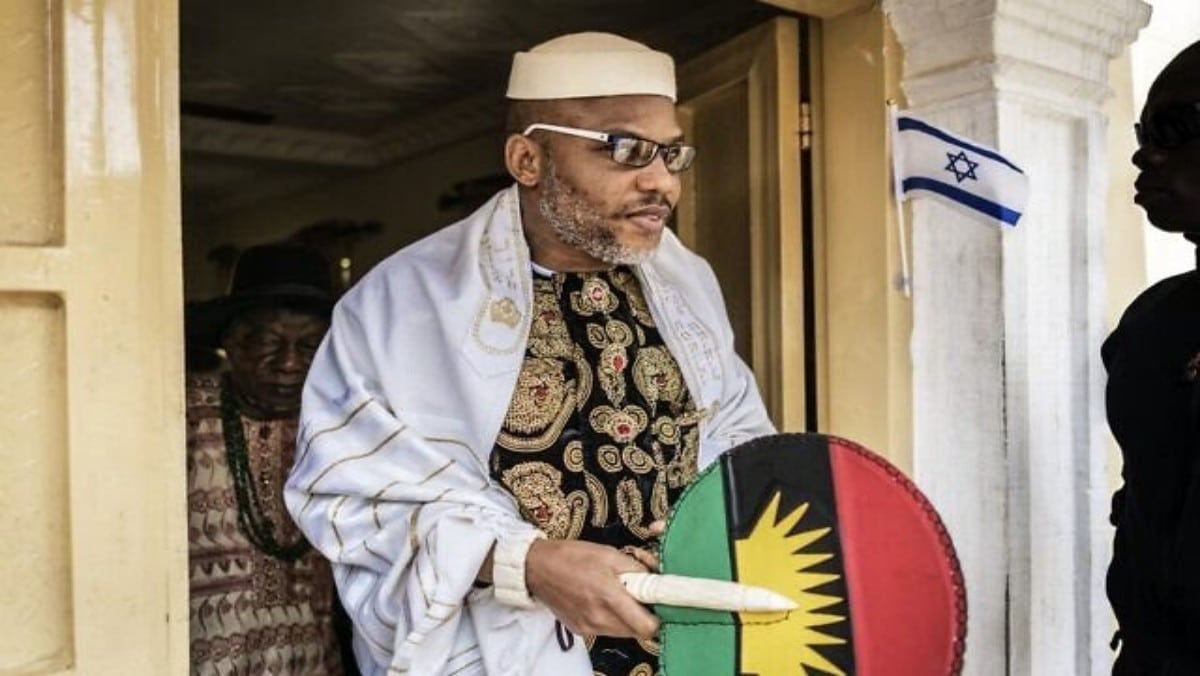 On Tuesday, the South-Eastern Council of Traditional Rulers and representatives of Igbo Archbishops and Bishops demanded the immediate release of Nnamdi Kanu, the imprisoned leader of the Indigenous People of Biafra.

This was stated in a joint statement signed by the Igbo bloc of traditional and spiritual leaders through the chairmen of their Traditional Rulers Council, His Majesty Obi Achebe (Anambra); His Majesty Igwe Agubuzu (Enugu); Most Rev. Dr Chibuzo Opoko (Methodist Archbishop of Umuahia); and Most Rev. Dr Valerian Okeke (Catholic Archbishop of Onitsha).

They lamented the continuous detention of the IPOB leader, adding that the move to continue to keep him in detention will be detrimental to the peace of the country.

Recall that on Thursday, October 13, 2022, a three-man panel of the Court of Appeal in Abuja led by Justice Hanatu Sankey ruled that the Federal High Court lacked jurisdiction to try Nnamdi Kanu because his rendition to Nigeria violated the protocol on extradition and the OAU convention, and he was subsequently discharged.

The Igbo leaders said, “the Appeal Court judgement on Nnamdi Kanu presented “a timely and unprecedented opportunity to overcome the challenge of trust that has obstructed the path to peace, and opens the window to winning the hearts and minds of the people.”

“We note the opinion emanating from the United Nations Working Group on Arbitrary Detention, regarding the ongoing legal action instituted by the Federal Government of Nigeria against Mazi Nnamdi Kanu which was issued on July 20, 2022.

“Among many recommendations or requests made to the Federal Government, the opinion called for the immediate and unconditional release of Mazi Nnamdi Kanu, who has been in detention for over one year, following his rendition from Kenya in June 2021.”