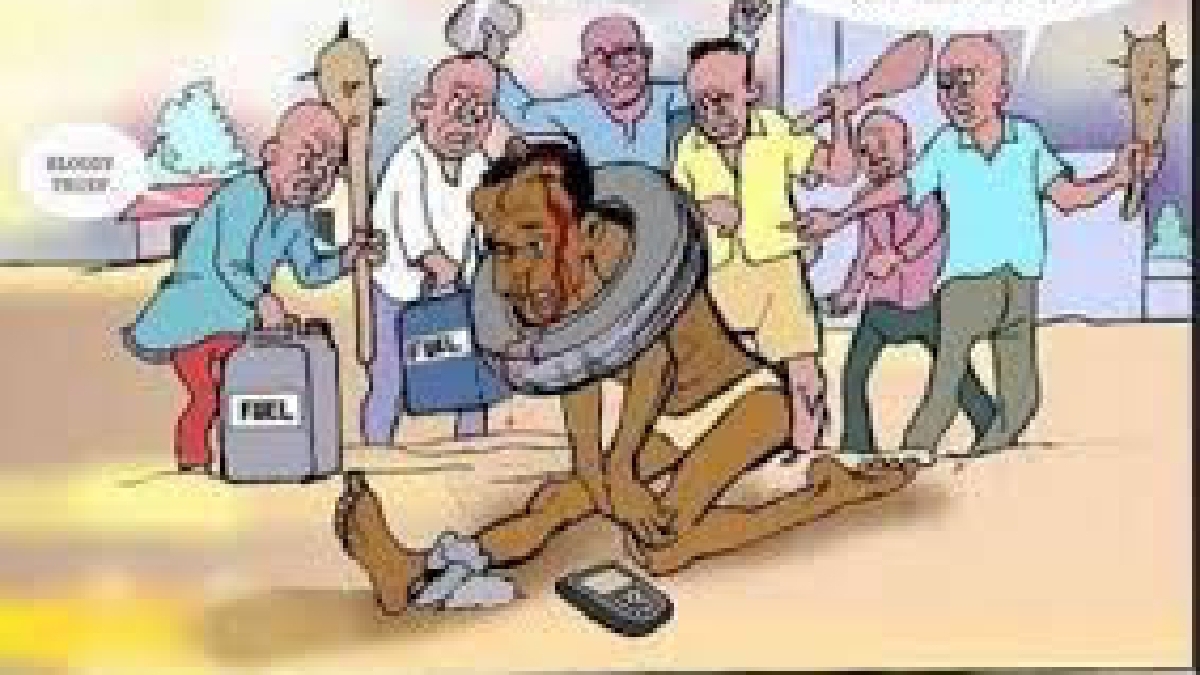 The incident happened at 6:45 a.m. on Thursday, June 23, along the Sango-Eleyele expressway in Ijokodo.

An eyewitness, identified as Dada Baloga, told Tribune Online that the suspects allegedly snatched a motorcycle in the early hours of Thursday in the Ologuneru area of Ido Local Government.

“This morning we heard that two boys stole a motorcycle and snatched a bag containing an unspecified amount of money around Ologuneru. Some people attacked the boys at Ologuneru, but policemen rescued them,” Baloga narrated.

“By the time some people following them on commercial motorcycles beat and stripped the duo naked around WAEC junction, the policemen that earlier rescued them at the spot of the crime in Ologuneru decided to vacate the scene, thus leaving them at the mercy of the mob.

“Part of the people following them from Ologuneru and some Okada riders overpowered them (suspects) here and were interrogated. They confessed that they came from Agodi Gate area, specialising in stealing motorcycles

“After they became very weak following the severe beating, the Okada riders scooped petrol from their tanks and used it to burn them. We called the police immediately to save the situation, but there was no response.”

Spokesperson of the State Police Command, Adewale Osifeso confirmed the incident, saying he would give details later.