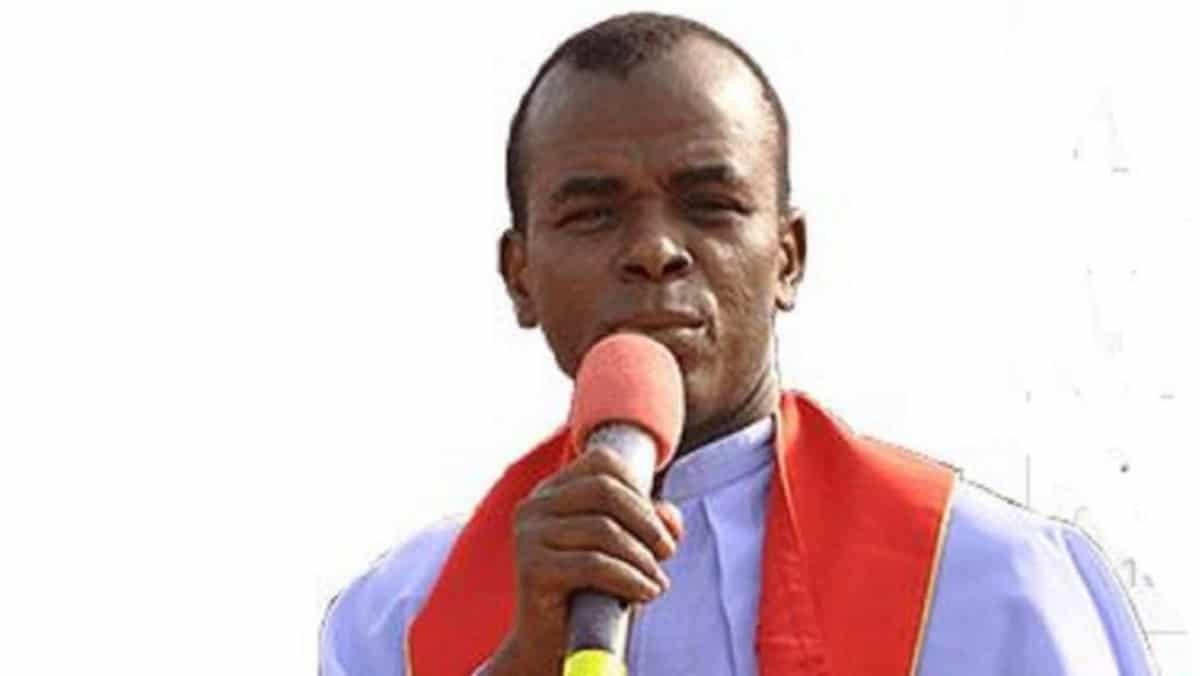 Mbaka issued the apology after declaring that Peter Obi will never be President of Nigeria.

During his most recent sermon at the Adoration Ground, he stated that unless God ceases to exist, Obi will never smell the seat of the President, adding that it is preferable to have an old man as President rather than a’stingy young man.’

The Catholic priest’s remark elicited a range of reactions from Nigerians, who accused him of hating Peter Obi because he refused to donate to his church.

However, the cleric in a statement he personally signed said he had no intention to malign His Excellency, Peter Obi’s image but to pray for him

He, therefore, apologized to Peter Obi and his supporters and paid that God will bless them.

”I am grateful to God for His unquantifiable and favourable blessings, miracles, love and life for the Adoration Ministry, Enugu, Nigeria.” The letter reads in parts.