Who's the New UK Prime Minister? All you should Know about Rishi Sunak.
Advertisement 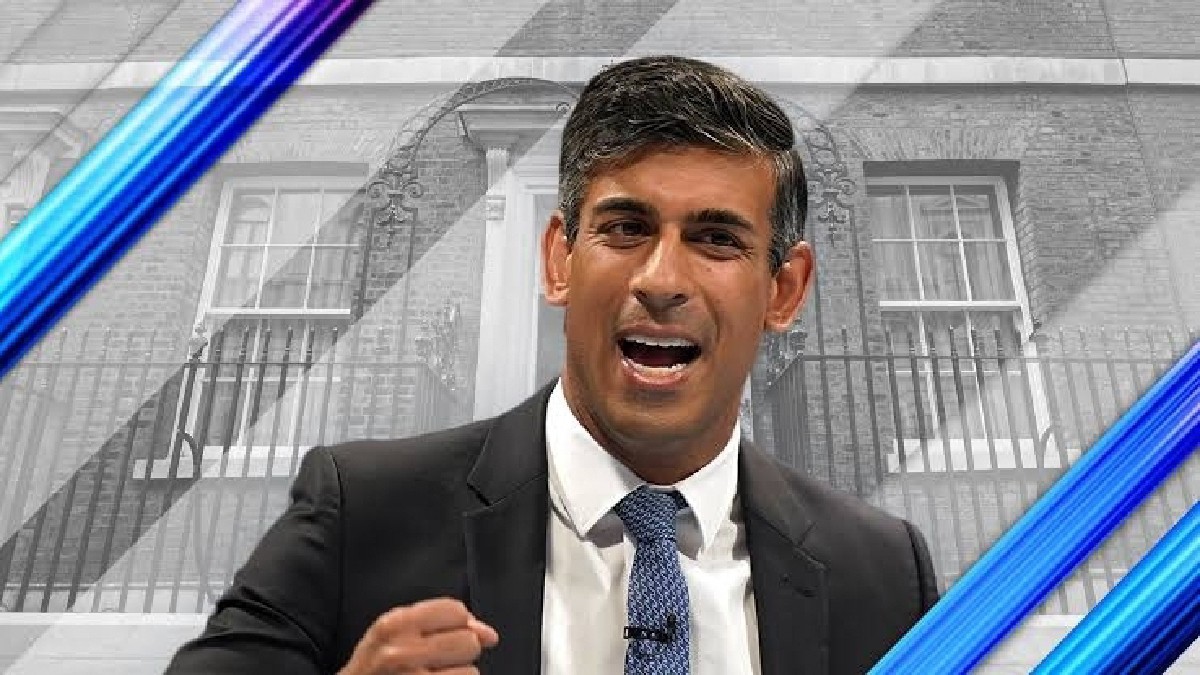 Rishi Sunak has been elected as the new Conservative Party Leader in the United Kingdom.

According to Sir Graham Brady’s announcement, the 1922 Committee received only one nomination for the new leader of the party, which was supported by 100 MPs.
Sir Brady thus declared Sunak to be the next party leader and, as a result, the new Prime Minister.

He confirmed that Rishi Sunak, the new Tory leader, will address MPs at 14:30 BST. Penny Mordaunt, one of the contenders for the UK top job, had earlier announced her withdrawal from the race, leaving Sunak as the sole candidate.

Mordaunt, in a statement, said, “Our Party is our membership. Whether we are elected representatives, activists, fundraisers or supporters. We all have a stake in who our leader is.

“These are unprecedented times. Despite the compressed timetable for the leadership contest it is clear that colleagues feel we need certainty today. They have taken this decision in good faith for the good of the country.

“Members should know that this proposition has been fairly and thoroughly tested by the agreed 1922 process.

“As a result, we have now chosen our next Prime Minister. This decision is an historic one and shows, once again, the diversity and talent of our party. Rishi has my full support.

“I am proud of the campaign we ran and grateful to all those, across all sides of our party, who gave me their backing. We all owe it to the country, to each other and to Rishi to unite and work together for the good of the nation. There is much work to be done.”

Just weeks after he lost out to Liz Truss to lead the ruling Tories, Sunak, therefore, pulled off a stunning reversal in fortunes.

Addressing members of his party behind closed doors after the announcement, Sunak reportedly received a rapturous reception.

Scottish leader Nicola Sturgeon, whose nationalist government in Edinburgh wants to hold an independence referendum next year, was among the first to congratulate Sunak.

Where is Rishi Sunak originally from?

Sunak was born in Southampton to Punjabi Indian parents who immigrated to the UK from East Africa in the 1960s.

He attended Winchester College, studied philosophy, politics, and economics (PPE) at Lincoln College, Oxford, and earned an MBA as a Fulbright Scholar from Stanford University in California.

Who is Rishi Sunak family?

Sunak was born in Southampton in 1980 to Indian parents who immigrated from East Africa. His father was a general practitioner, and his mother ran her own pharmacy.

Sunak, the eldest of three children, attended Winchester College before going on to study politics, philosophy, and economics at the University of Oxford, where he received a first-class degree.

He later earned a master’s degree in business administration (MBA) from Stanford University, where he met his future wife, Akshata Murty.

Murty, 42, is the daughter of Indian billionaire NR Narayana Murthy, dubbed the “Bill Gates of India” for founding the software company Infosys. According to reports, his daughter owns a 0.91% stake in the company, valued at around £700 million.

She studied economics and French at the private Claremont McKenna College in California, then earned a diploma at a fashion college before working at Deloitte and Unilever and pursuing an MBA at Stanford.

In 2009, the couple married in her hometown of Bengaluru in a two-day ceremony attended by 1,000 guests. During the summer, Sunak’s two children, Krishna and Anoushka, accompanied him on the campaign trail in the leadership race against Liz Truss.

From 2001 to 2004 Sunak was an analyst for the investment bank Goldman Sachs, and later he was a partner in two hedge funds.

He was elected as the MP for Richmond in North Yorkshire in May 2015. It is one of the country’s safest seats, having been Tory since 1906.

The couple’s garden parties are among the most popular in town. They’ve been known to throw lavish feasts of roast venison, canapés, and champagne, but most get-togethers are more modest. In 2019, he was re-elected with a margin of 27,210 votes.

Between 2018 and 2019, he was parliamentary undersecretary of state for local government before joining the cabinet as chief secretary to the Treasury in 2019.

He became one of the youngest chancellors in history in February 2020, and he presided over the budget throughout the pandemic.

Sunak’s government salary as an MP and chancellor was £151,649.According to reports, the Sunaks are believed to own four properties.

These include a Grade II-listed manor house in Kirby Sigston, near Northallerton, in his Richmond constituency, which he purchased for £1.5 million in 2015, and a five-bedroom townhouse in South Kensington, London, which was last sold for £4.5 million in 2010.

The couple also owns a flat in South Kensington and a penthouse apartment in Santa Monica, California, with views of the Pacific Ocean.

With a combined fortune of £730 million, the couple made the Sunday Times rich list for the first time in May 2022, making Sunak the first politician to appear on the list since it began in 1989.

How old is Rishi Sunak?

Rishi Sunak is 42years old. When Rishi Sunak takes office this week, he will be the youngest prime minister in modern political history.

Sunak is 42, a year younger than Tony Blair in 1997, and the same age as David Cameron when he took over as Prime Minister in 2010. Cameron had previously held the modern record because he was a few months younger than Blair.

What religion is Rishi Sunak?

Sunak is a devout Hindu who attends the Southampton temple where he was born on a regular basis.

His daughters, Anoushka and Krishna, are also culturally Indian.

He took his oath of allegiance to the Bhagavad Gita when he became an MP.

Sunak has stated publicly that, despite being a British citizen, he is also a “proud Hindu.”