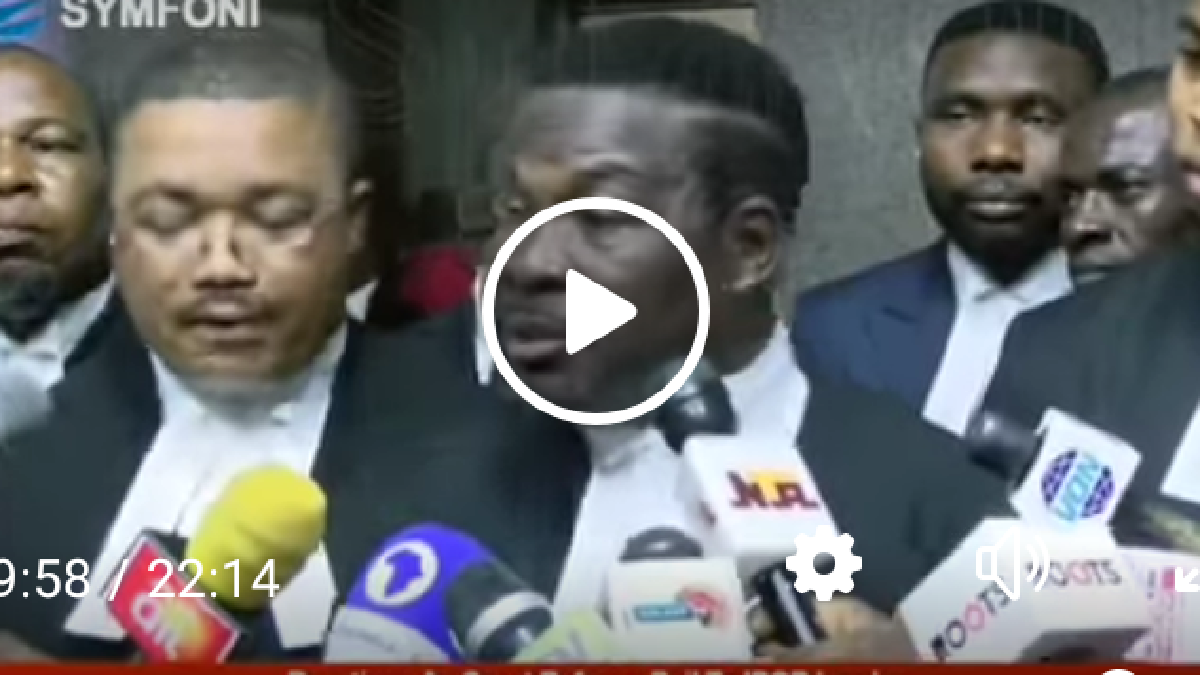 The amendment came on the day trial Justice Binta Nyako scheduled to hear Kanu’s application to be released on bail pending the outcome of the charge against him.

Vanguard said a source in the legal team of Nnamdi Kanu told them that the Federal Government had named some of the lawyers representing the embattled IPOB leader, including Mr. Ifeanyi Ejiofor and Mr. Maxwell Opara, as accomplices of the defendant in the amended charge.

According to reports, the FG claimed that the aforementioned lawyers were in constant contact with Kanu after he jumped bail and fled the country.

It will be remembered that Kanu was later re-arrested and returned to the country from Kenya under controversial circumstances.

On April 8, Trial Justice Binta Nyako dismissed eight of the 15-count treasonable felony charge filed by the FG against Kanu.

Justice Nyako ruled that the charges were mere repetitions that did not reveal any offense that could be supported by the evidence presented in court.

In the counts that were dismissed, the FG claimed that Kanu’s broadcasts incited members of the public to not only stage a violent revolution, but also to attack police officers and destroy public facilities in Lagos State.

Kanu had filed an application to have the entire charge against him dismissed because he claimed it was manifestly incompetent and legally defective.

He contended that under the Federal High Court Act, such a charge must specify the precise location where the offense was committed.

Furthermore, Ozekhome argued that Kanu could not be charged with belonging to an unlawful organization because the FG’s action in prohibiting the IPOB is still under legal dispute at the Court of Appeal and thus subjudice.

As a result, he requested that the charge be dismissed, as well as the defendant be discharged and acquitted.

“The charges appears to give this court a global jurisdiction over offences that were allegedly committed by the Defendant, without specifying the location or date the said offences were committed”.

The IPOB leader argued, through his legal team led by Chief Mike Ozekhome (SAN), that the court lacked jurisdiction to try him on the basis of incompetence.

Ozekhome (SAN) also told the court that his client had been “illegally, brutally, and extraordinarily renditioned from Kenya without his consent.”

He contended that because some of the allegations leveled by the FG against Kanu were allegedly committed outside the country, the high court lacked jurisdiction to hear the case.

Ozekhome (SAN) told News men after the court session that the prosecution had nothing on Nnamdi Kanu. Watch the video to see other things he said.

On Wednesday, the Federal High Court in Abuja refused to grant bail to the detained leader of the Indigenous People of Biafra, IPOB, Nnamdi Kanu, pending the outcome of the treasonable felony charge filed by the Federal Government against him.

Trial Justice Binta Nyako ruled that Kanu must explain why he violated the previous bail granted to him before the court can grant him another favorable discretion.

“However, the defendant is at liberty to refile the application”, Justice Nyako held.