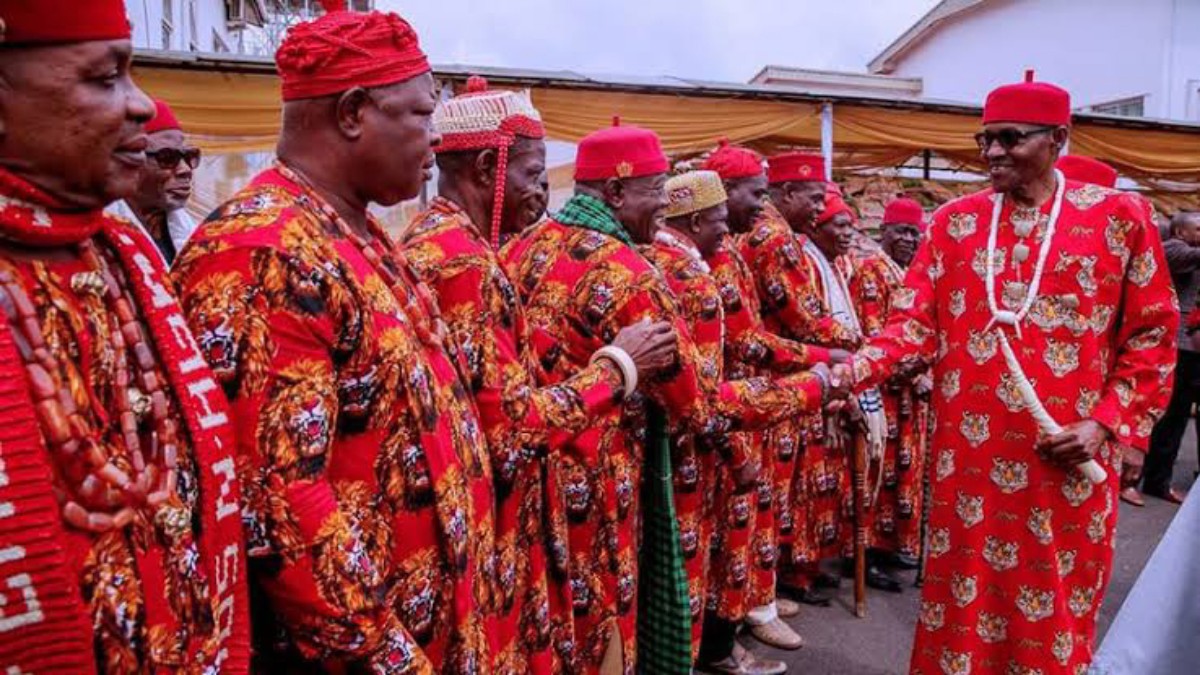 President Muhammadu Buhari has told South-East leaders that the fate of the leader of the Indigenous People of Biafra, Nnamdi Kanu, will be decided by the court.

He made the remarks during a meeting with regional leaders at the New Government House in Abakaliki, the state capital.

Igbo leaders had pleaded with Buhari to release Kanu and other Igbo youths detained across the country.

The Igbo leaders made the request during a meeting with Buhari at the Executive Council Chambers, New Government House Abakaliki, Ebonyi State’s capital.

See also We will ensure the protection of all persons living in Biafra land including non indigenes.”- IPOB

President Buhari began a two-day working visit to Ebonyi on Thursday with the inauguration of projects at King David University of Medical Sciences, Uburu.

At around 10 a.m., the president’s plane touched down at Akanu Ibiam International Airport in Enugu. a.m. today, Wednesday

Buhari was greeted at the Akanu Ibiam International Airport in Enugu by Governor Dave Umahi of Ebonyi State and other APC governors, including the Chairman of the Progressive Governors Forum, Governor Atiku Bagudu of Kebbi State.

Governor Hope Uzodinma of Imo and his Jigawa counterpart, Alhaji Badaru Abubakar, were also on hand to welcome the president to Ebonyi.

See also “Restrain from any comments on the IPOB” IPOB to Apostle Suleman.

The statement read, “Ohanaeze Ndigbo Worldwide has given assurances of peace and security ahead of the planned presidential visit to Ebonyi State.

“This is part of the resolutions reached at the Ohanaeze Ndigbo Elders council meeting held in Abakiliki on Tuesday 3rd May 2022.

“For translucence and clarity of purpose, President Muhammadu Buhari has been fair to Ndigbo with federal projects irrespective of the fact that his party’s declined fortunes and acceptance in 2015 and 2019 elections in the southeast,”

“but the Chairman of Southeast Governors and Ebonyi Governor, Engr Dave Nweze Umahi has brought good tidings and paid huge sacrifices for Ndigbo to access the presidency and attract federal government’s projects and attention to the southeast zone.