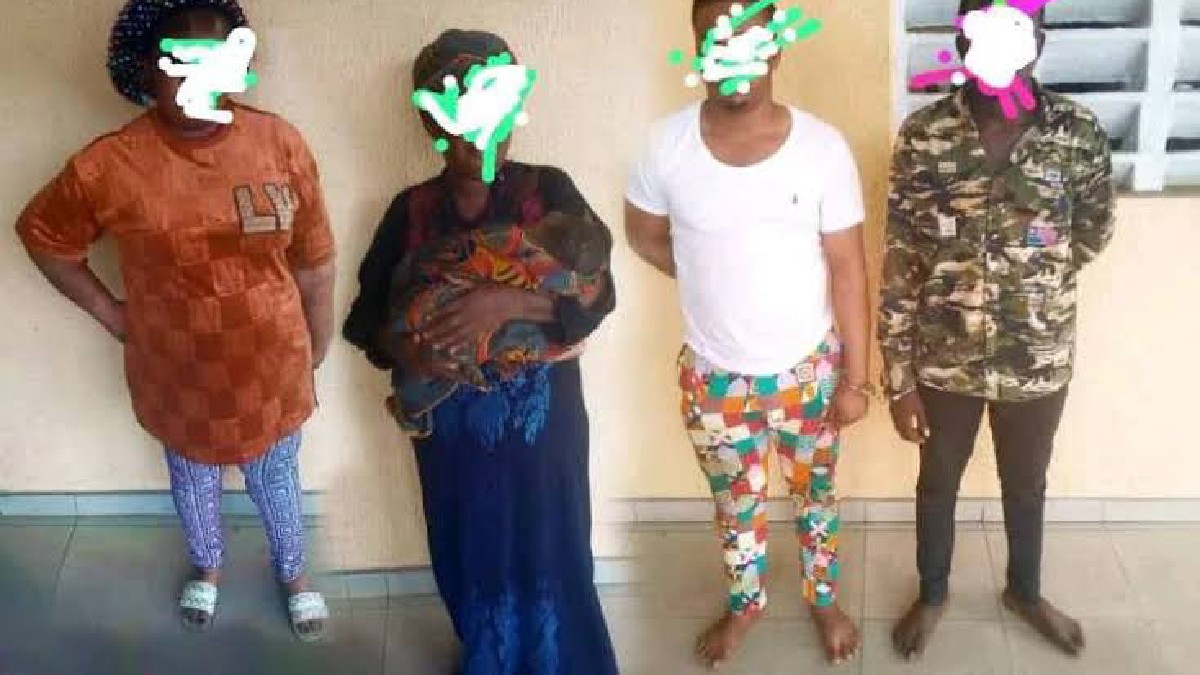 In a statement by the spokesperson of the command SP GRACE IRINGE-KOKO said operatives stormed the houses and rescued ten mostly pregnant ladies, on 7th of January at about 4:45pm while acting on credible information.

The police spokesperson also said investigation into the case revealed that when the victim delivered, the syndicate leader keeps the baby while she pays the victim the sum of Five Hundred Thousand Naira.

The document also notes that all the victims have confessed that they lured to the illicit sales of their children because of the need to meet some financial challenges, while the case has been transferred to the State CID.

She added that efforts were being intensified to track and arrest the buyers of the children already sold.