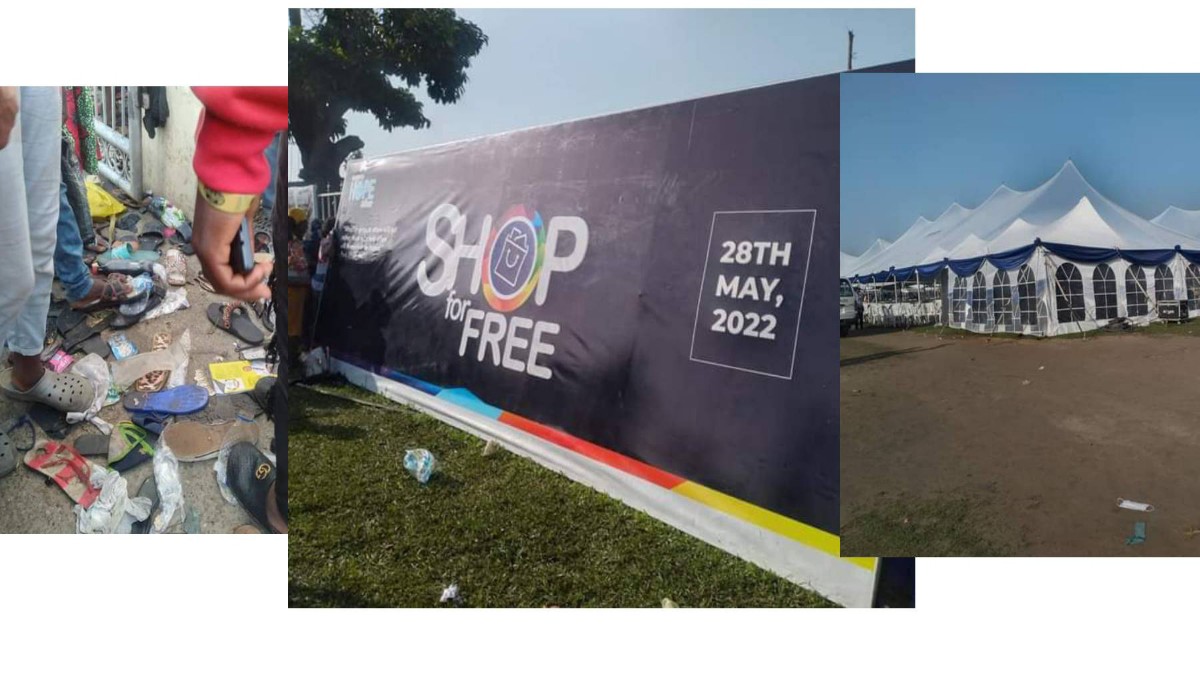 The Rivers state Police command has confirmed the stampede incidence that occured at polo field in the GRA part of port Harcourt today.

In a statement signed by DSP Grace Iringe-Koko (POLICE PUBLIC RELATIONS OFFICER RIVERS STATE POLICE COMMAND PORT HARCOURT), the police confirmed that Persons that were injured were swiftly evacuated to the Hospital for immediate medical treatment.

“The Rivers State Police Command wishes to inform the general public that the stampede that occurred at Polo Club, Tomba Street, Port Harcourt, River State, has been brought under control and normalcy restored to the area.”

“Preliminary investigations conducted by the Command have however revealed that the unfortunate incident occured when the management of Kings Church Assembly organized a crusade which attracted mammoth crowd.”

“It further revealed that there were plans by the church management to give away food and gift items to the less privilege.”

“Unfortunately, the crowd became tumultuous and uncontrollable and all efforts made by the organizers to bring sanity proved abortive hence, the stampede.”

“On receipt of the information, the Commissioner of Police immediately drafted adequate police patrol teams to the scene and they were able to restore normalcy.”

“Persons that were injured were swiftly evacuated to the Hospital for immediate medical treatment. Unfortunately, a total of thirty-one persons lost their lives in the stampede.”

“Meanwhile, the situation has been brought under control and enough police presence has been put on ground to work with the Command’s safety management officers”

“He further called on religious and charity organizations to ensure they work with the Police for security and crowd control management in organizing their programmes in the future.”

“The CP commiserates with the bereaved families and pray God to comfort and grant them the fortitude to bear the loss.”