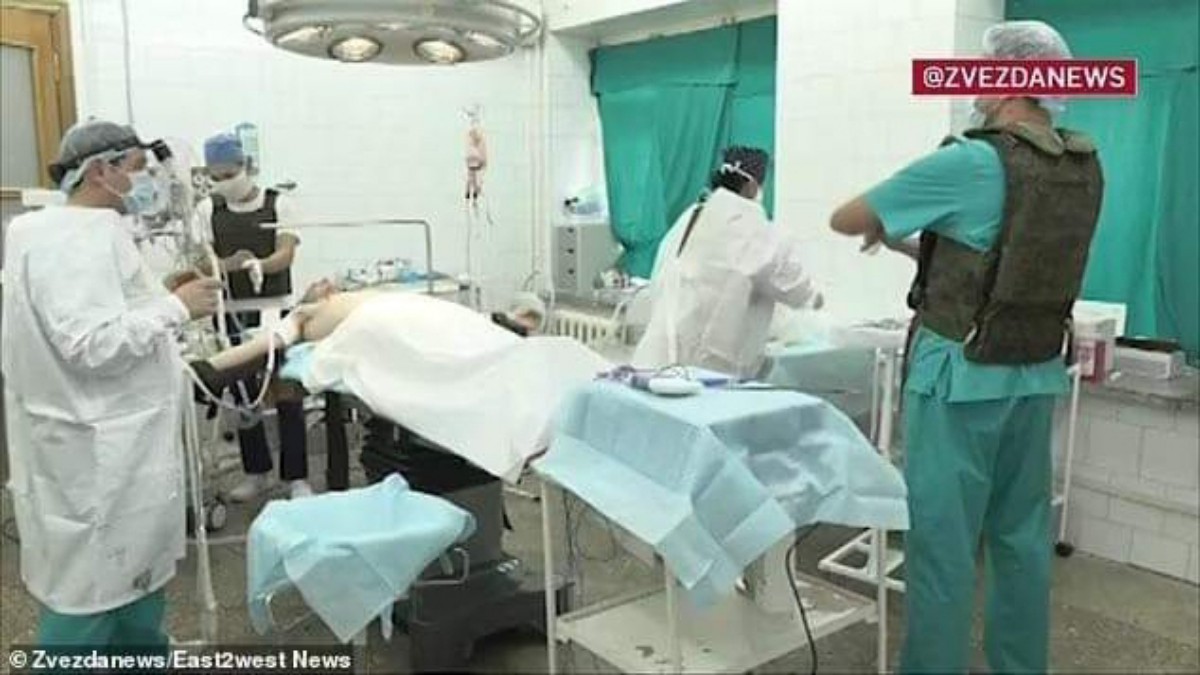 A team of Russian surgeons successfully removed a live grenade that had become lodged in the body of a soldier.

After being hit by a grenade that smashed through his rib cage and remained trapped inside him but failed to detonate while fighting in Ukraine, the soldier, Nikolay Pasenko, was transformed into a ‘human bomb.’

According to the Daily Mail UK, the medical team wore body armour because they knew the grenade could detonate during the surgery, causing catastrophic results in such close quarters.

Pasenko initially resisted surgery saying, “He did not want the doctors to suffer as the munitions could have exploded.”

“The ammunition was located between the aorta and the inferior vena cava, It’s not every day that you take an [explosive] out of a person, and in a place where moving to the right or left can lead to the death of the patient.

When the ammunition ended up in a bucket of sand, everyone exhaled, smiled and laughed,” one of the surgeon was reported to have said.

Speaking after the surgery, Pasenko said, “I did not understand what happened. There was a blow to the edge of the armour and that was it. I did not lose consciousness – I just continued to move.”

Pasenko, who is a junior sergeant, was hit by a Ukranian projectile fired from an automatic grenade launcher.