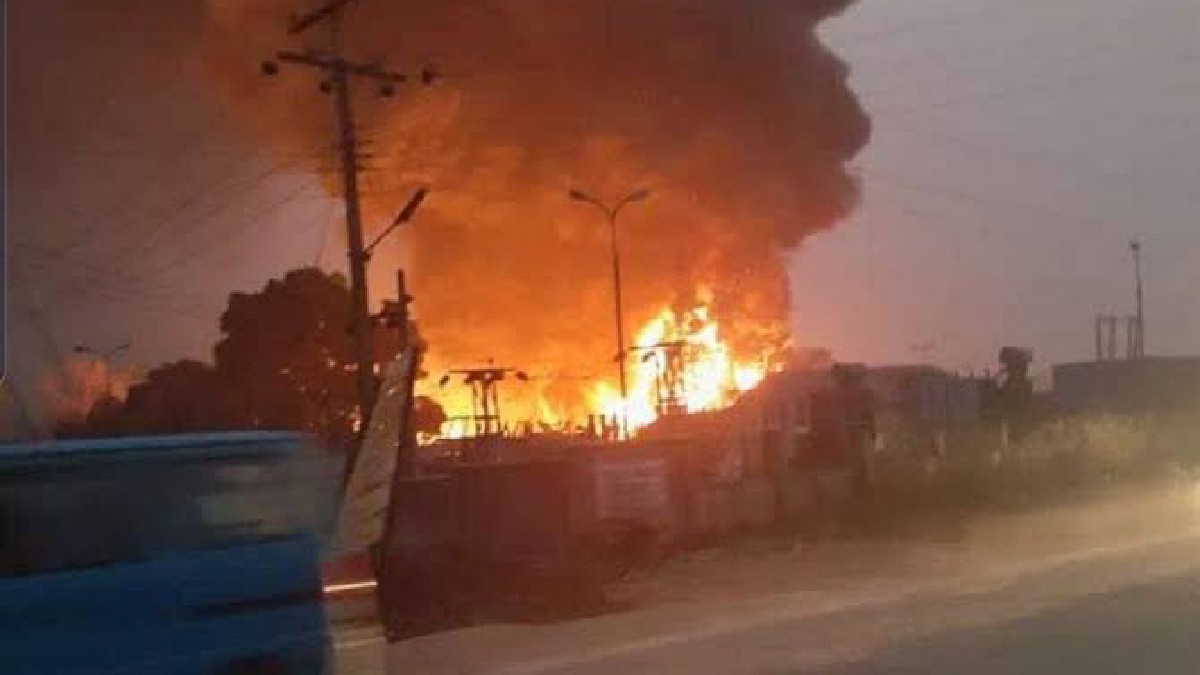 A petrol-laden tanker burst at the border of Olambe and Matogun in Ogun State’s Ifo Local Government Area.

The truck driver was believed to be transporting petrol to a nearby filling station when he lost control of the vehicle due to the terrible road.

The truck collided, and the tank slid to the ground, ruptured, and the petrol flowed on the road and into a nearby drainage channel.

According to our source, a spark erupted when the petrol was flowing, and the fire burned nearby shops and structures.

An eyewitness, who gave his name only as Oladele, said the fire had caused panic in the community, adding that no fewer than 10 houses had been razed by the fire.

He said, “A lot of people have abandoned their homes; some people are still looking for their children. This is a serious fire and it was caused by a tanker that fell while plying the Olambe to connect Matogun. Shops and about 10 building have been burnt.”

Ibrahim Farinloye, the Lagos Territorial Coordinator of the National Emergency Management Agency, confirmed the occurrence in a statement on Saturday.

He stated that no casualty had been recorded, adding that the content of the tank spilled around 7am.

Farinloye said, “A tanker laden with about 45,000 litres of PMS crashed, spilled its content and exploded around 7am at Olambe, Matogun Road, Ifo LGA, Ogun State.

“Though, no live was lost or anyone sustained injury but about 10 buildings were consumed in the incident.

“The situation was mitigated with most of the content spilling into the canal close to the scene, thereby saving the community from serious incident that could have affected people. The fire has been put out.”