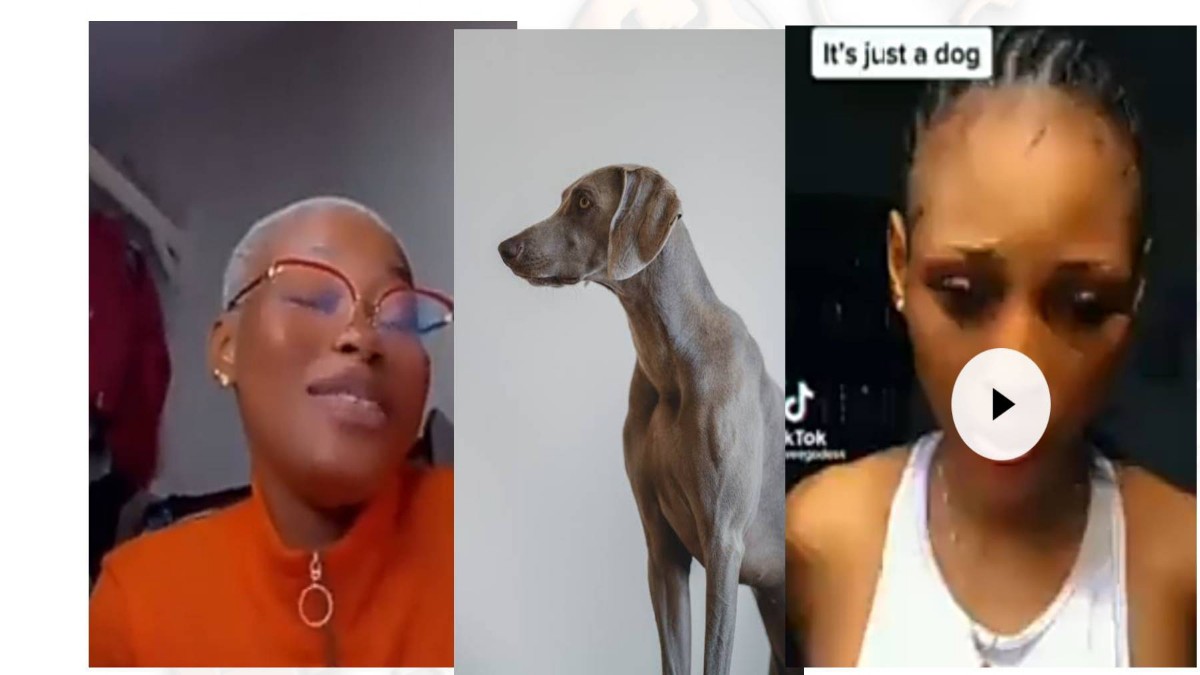 Veegodess, a female TikTok user from Lagos, has now cried out after claimed she slept with a dog for N1.7 million.

According to a video thag went viral, the woman stated that she did not consider having an intimate relationship with a dog to be a big deal.

“What is the big deal there? I only slept with a dog, I didn’t kill somebody. You, in your life, you have done worse and besides, have you seen N1.7million before?

“As if it’s a big deal. And mind you I’m not infected or anything. Stop dying on the matter, I’m enjoying the money,” she said.

The video drew criticism from the general public.

Veegodess later released another video that contradicted her initial statement.

In the video, she has cried out saying “Guys I was just catching cruise. I didn’t sleep with any dog. My boyfriend just broke up with me; help me to beg my boyfriend. I’m sorry for the video I made, it was purely cruise.

“I don’t advise someone to be with animals. It was just a prank video, just cruise; you guys know Nigerians and cruise. I apologise to the public, please take my apology.” she said.

Dog sleeping with human in lekki; “Some Men are worse than animals” – lady claims.

Meanwhile, another lady in another video had also claimed that some men were worse than animals. therefore she would rather sleep with a dog than sleep with such men.