Fuel Scarcity; Is there an End in sight?
Advertisement 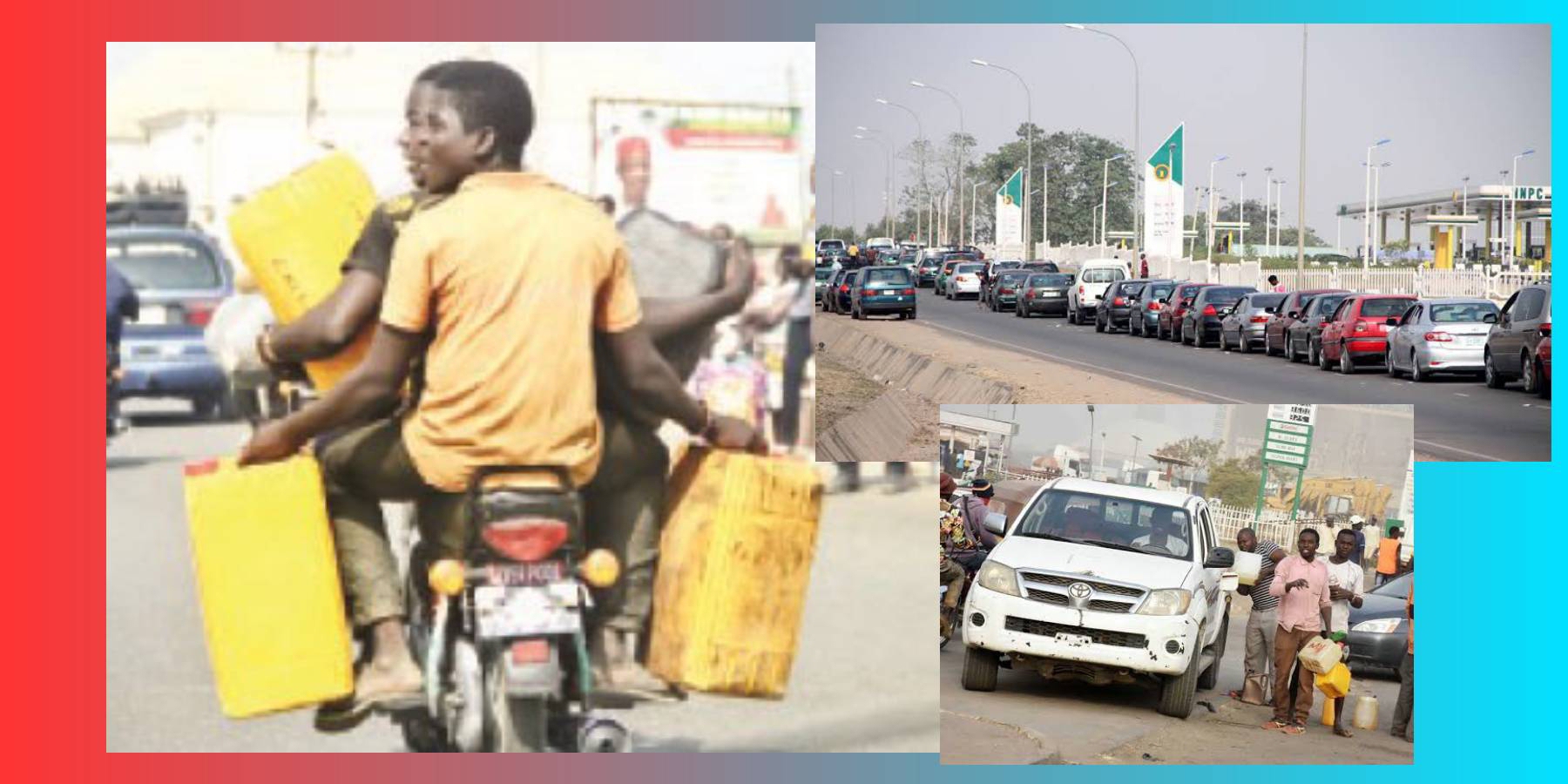 As fuel scarcity continues to bite in Nigeria, there seem to be no end in sight. According to Daily Trust, there appears to be no end in sight to the country’s crippling petrol scarcity, as four of the 17 cargoes ordered by the Nigerian National Petroleum Company (NNPC) Limited that have arrived are unable to discharge the product.

This is happening at a time when marketers claim they can’t get the product at most NNPC depots across the country.

Some marketers who purchased from private depots are selling at prices higher than the official price of N165/litre.

When the scarcity began last month, the NNPC cited the “importation of adulterated petrol” from Belgium.

In Abuja, Lagos, and other parts of the country, black market operators are currently selling for more than N500 per litre, while many independent markets are selling for N250/litre.

What is the cause of fuel scarcity in Nigeria today?

According to NNPC sources, the current scarcity is due to supply and logistics issues.

According to one source, four of the 17 cargoes ordered by the NNPC arrived at the Lagos Port but were unable to discharge earlier this week due to a lack of berth space.

See Also More than any other administration, Buhari has restored normalcy in petroleum supply for years.” -Femi Adesina.

According to the Nigerian Ports Authority’s Daily Shipping Position data, 29 ships carrying petrol cargoes are expected to arrive at four ports between this week and next week.

According to the data, three ships from MRS, WAPS, and Pinnacle Petroleum are scheduled to arrive at Apapa Ports between Friday and Monday.

Five ships, including those belonging to AA Rano, Ibafon, Bovas, and Capital Oil, were expected at Tin Can Island in Lagos between Sunday and today, while one ship belonging to Dozzy Oil & Gas arrived at Calabar Port on Tuesday. Warri Port also received three ships yesterday carrying petrol from Havilah, Nepal, and Pinnacle Oil.

Nigerian ports are still expecting more ships carrying gasoline to dock. Two ships carrying over 50,000 tons of petrol are scheduled to berth this week at the Apapa Port’s New Oil and Pinnacle jetties.

From yesterday to Saturday, 12 petrol-laden ships with at least 157,000-ton cargoes are expected to arrive in Warri. The cargoes belong to major gasoline marketers such as AYM Shafa, Matrix Energy, and RainOil. Two more ships carrying 25,000 tons of petrol have arrived at the port of Warri.

Another official explained the ships’ arrival position, saying that petrol could not reach the depots until the ships discharged their cargo.

How much is per litre of fuel in nigeria?

In Nigerian today, there is hardly a place where one can buy petrol at the official price of N165/litre ($0.33).

For instance, In Abuja, Lagos, Port Harcourt and other parts of the country, black market operators are currently selling for more than N500 ($1.00) per litre, while many independent markets are selling for between N200 ($0.40) and N250 ($0.5)/litre. This has lingered for more than almost 3weeks now.

Why did the petrol price increase?

The Chairman of the Independent petroleum Marketers of Nigeria (IPMAN) for Benin Depot, Douglas Iyike, had, in a briefing in Lagos, absorbed the petroleum marketers of any blame for the increase being witnessed.

He said: “We want to place it on record that the increment is not due to any fault of oil marketers because we can only sell based on the price at which we buy petrol from the depots.

Speaking on this, Yusuf Abubakar, a petroleum marketer in Abuja, said: “We loaded our products from depots, especially private depot owners because the NNPC depots are not enough to accommodate every loading.”

How much is petrol now in Nigeria?

The federal government had suggested that they were going to remove all forms of petrol subsidy in February 2022, which would’ve made the price of petrol to rise to as much as N320 ($0.64) per litre.

However, threats from Labour unions and other stakeholders made them to suspend the plan.

The Nigeria Labour Congress, NLC, had stated that workers and the masses would not accept any further increase in fuel pump prices in the name of subsidy removal and urged workers and citizens to prepare for a total war against fuel price hikes.

Following the suspension, the President Muhammadu Buhari wrote to the Senate, seeking the approval of a supplementary budget of N2.557 trillion ($5.114 billon) for petrol subsidy in 2022.

President Buhari stated that the budget will include subsidies for petroleum products from June to December 2022.

He requested that the National Assembly appropriate an additional N2.557 trillion naira for this purpose.