How A Teacher At College In Edo Beat Students With Machete.(Video)
Advertisement 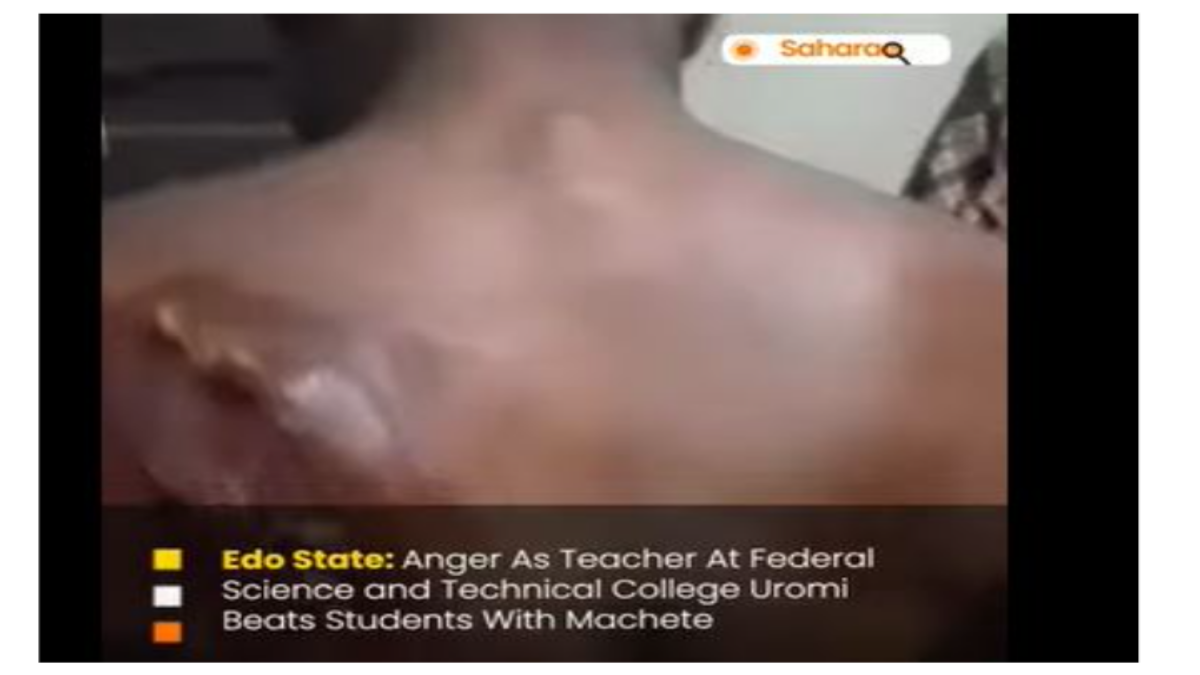 According to SaharaReporters, some pupils at the Federal Science and Technical College in Uromi, Edo State, were injured after a teacher who has yet to be recognized thrashed them with a machete.

The students were beaten on various regions of their bodies that had gotten sore, according to SaharaReporters.

Some of the students were injured on their backs, while one was injured on his lips, according to a video obtained by SaharaReporters.

This has sparked widespread outrage, with many Nigerians demanding the arrest of the teacher who was beaten and assaulted.