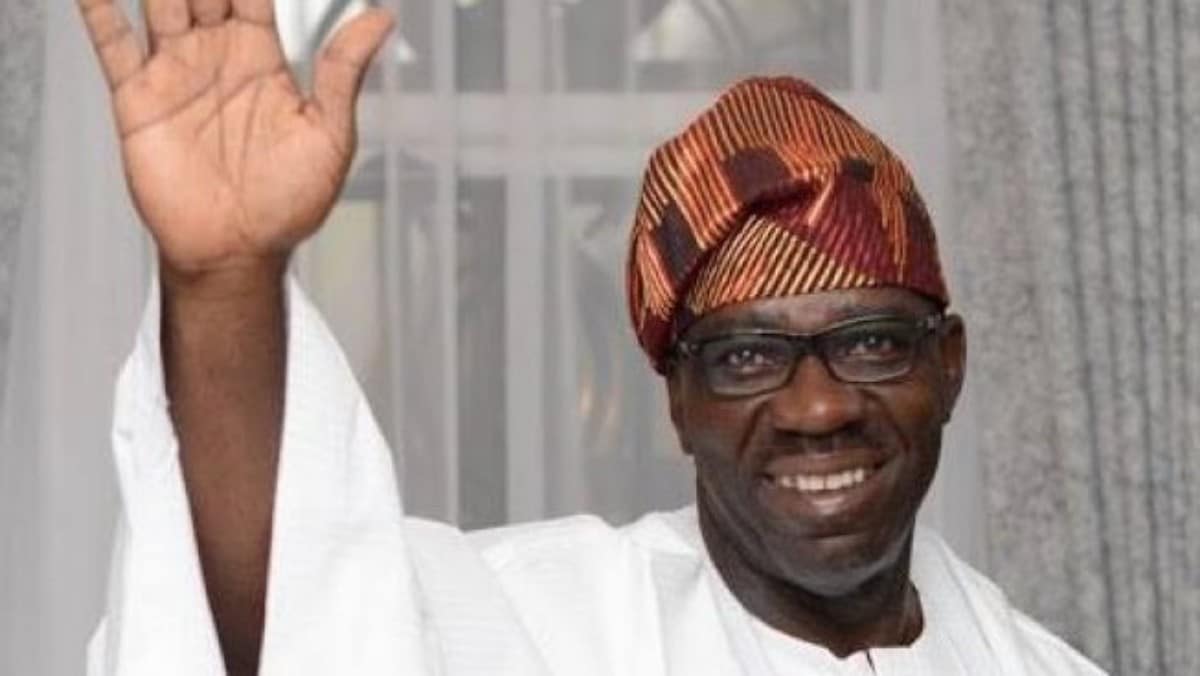 The Supreme Court on Friday struck out Osagie Ize-Iyamu’s of the All Progressives Congress appeal challenging the election of Governor Godwin Obaseki in the 2020 governorship election in Edo State.

The apex court in a judgement delivered by Justice Emmanuel Agim held that the appellants failed to prove its case beyond a reasonable doubt.

See also EFCC Invitation; “We are not deterred from Performing our Duties” – PDP

“The appellants failed woefully to prove their case, they did not provide any disclaimer from the school that the result was not issued by them to Obaseki.

“This court agrees with the lower courts completely, that the appellants did not meet sufficient requirement to prove their case”.

The Supreme Court, therefore, awarded a cost of one million naira in favour of Governor Obaseki.

The appeal court in Abuja had dismissed the suit challenging Obaseki’s certificates on March 18.

The appeal was filed by the All Progressives Congress against the January 9 judgment of the Federal High Court in Abuja affirming the authenticity of the academic certificates presented by Obaseki.

The appellant court held that the Federal High Court, in its judgment by Justice Ahmed Mohammed, was right to have held that the party failed to prove its claim that Obaseki presented a forged certificate to the Independent National Electoral Commission to contest the last governorship election in Edo State.

The Appeal Court further held that Mohammed’s verdict was without ambiguity and that the APC did not prove its case.

“The findings of the lower court cannot be faulted,” it held, and awarded N250,000 cost in favour of Obaseki, and N50,000 each for his political party, the Peoples Democratic Party and the INEC.

The judge described the attitude of the plaintiffs as lazy, saying they did not make any effort to cross-check from UI and the West African Examination Council, the two institutions that issued the certificates they claimed Obaseki forged.

Justice Mohammed added that Obaseki also did not only tender the original copies of his certificates – from primary to university level – he also called a Deputy Registrar from UI, who confirmed that the governor attended the institution and that the certificate he parades is genuine, authentic and was duly issued to him by the school.

He added, “Interestingly, all the defendants admitted, under cross-examination, that none visited UI to verify the authenticity of the first defendant’s degree certificate.”

The three-man panel of the court, led by Justice Stephen Adah, unanimously upheld the argument by Obaseki’s legal team, led by Ken Mozia (SAN), that the APC appeal and one of its members was without merit.