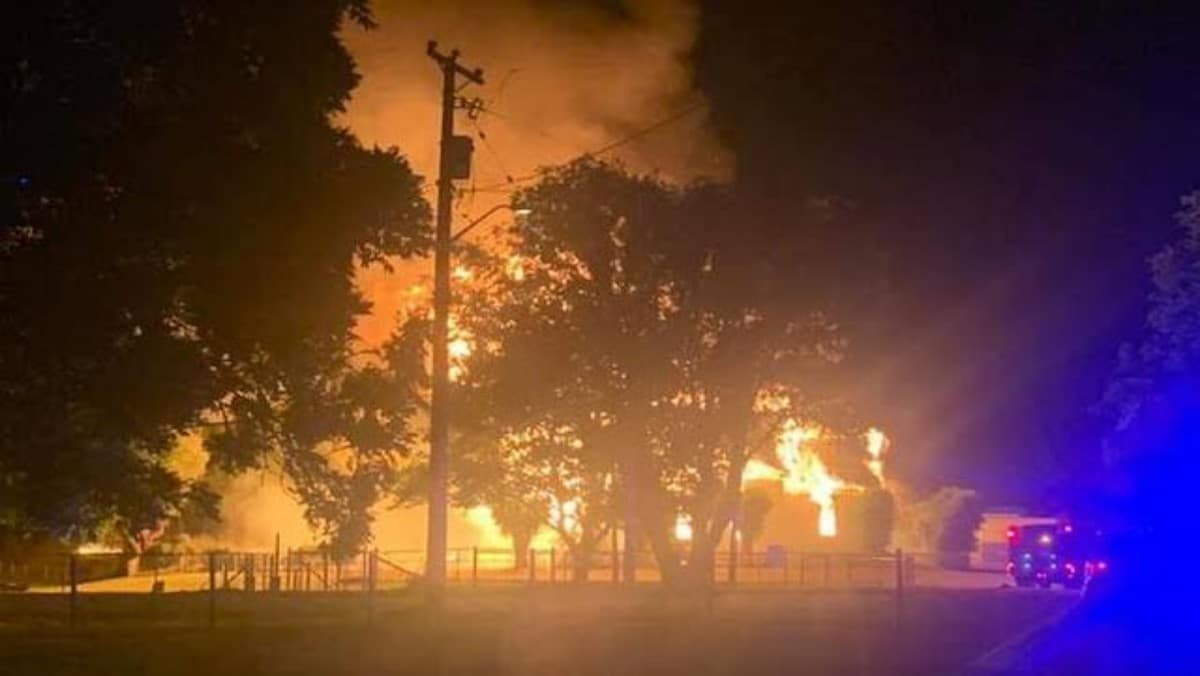 Penticton RCMP said an officer was on patrol when he saw fire coming from Sacred Heart Church on Penticton Indian Band lands at around 1 a.m.

By the time the officer arrived, the church was fully engulfed.

A few hours later, at around 3:10 a.m., Oliver RCMP said they also were notified of a fire at St. Gregory’s Church on Osoyoos Indian Band lands.”We, along with the Osoyoos Indian Band … are in disbelief and anger over these occurrences as these places of worship provided service to members who sought comfort and solace in the church,” the Penticton Indian Band said in a statement.They said security footage from the area is being provided to the RCMP.

Catholic Father Obi Ibekwe said the parish would be waiting for results of an RCMP investigation before making further comment on either fire.

“Should our investigation deem these fires as arson, the RCMP will be looking at all possible motives and allow the facts and evidence to direct our investigative action,” Penticton South Okanagan RCMP Sgt Jason Bayda stated.

“Please do not approach our Indigenous members and ask how we feel about it,” the statement said. “This is a fresh wound that needs time to heal and contextualize our feelings as we will support the investigative efforts.”Both churches burned to the ground and police are treating the two fires as suspicious, according to a written statement from the two RCMP detachments on Monday.

“We believe by looking at the scene and the surroundings that there was a liquid accelerant used … Early indications are that it was set,” said Bob Graham, chief of the volunteer fire department in Oliver. Piles of blackened, smouldering rubble were all that remained of both churches by mid-morning.

Penticton and Oliver are roughly 40 kilometres apart. Both churches were made of wood and more than 100 years old. St. Gregory’s was built in 1910 and Sacred Heart followed in 1911.

Police are asking anyone who may have witnessed anyone or any vehicle in the area of either church some time between the late hours of June 20 and early hours of June 21 to contact the Penticton RCMP detachment at 250-492-4300.