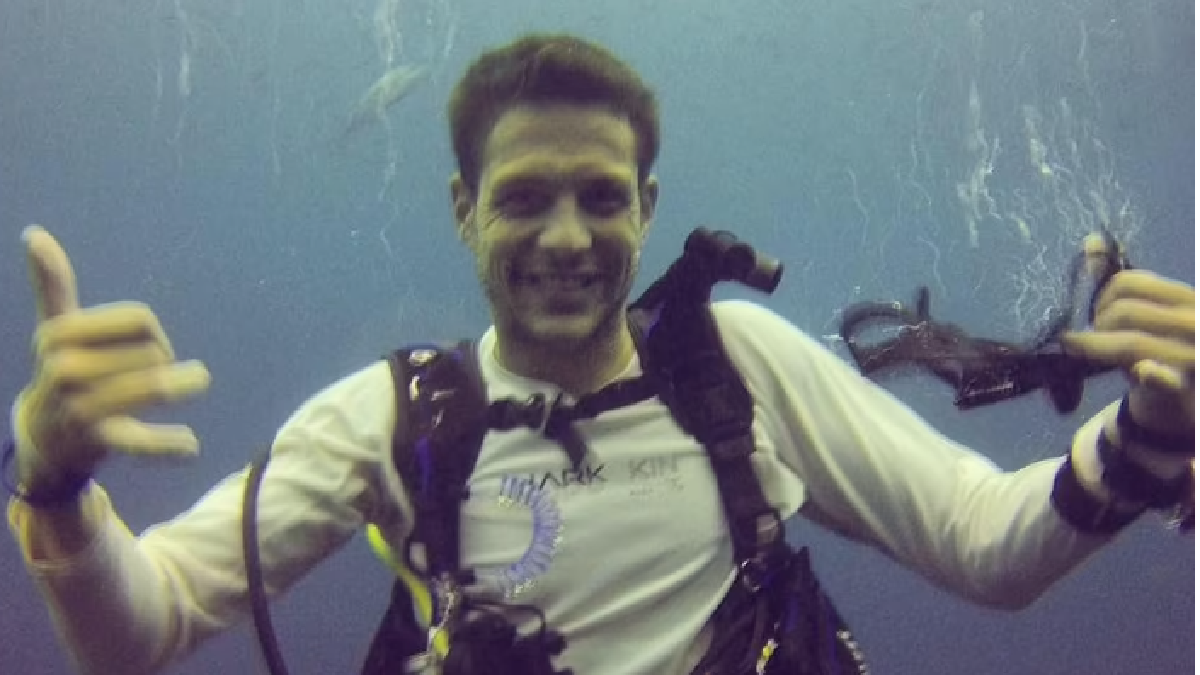 Yesterday afternoon, Simon Nellist was attacked from below by a 13-foot predator at Buchan Point at Little Bay, around 500 feet from the shore. An hour later, his remains and remnants of a wetsuit were discovered in the water.

Friends disclosed today that the 6ft 5in skilled ocean swimmer, who resided in the Sydney suburb of Wolli Creek but had family in the UK, enjoyed being in the sea and was about to marry his fiancee, according to devastated friends.

‘Everything that is tied to Simon is connected to the water,’ his friend Della Ross told 7 News. Because he was one of the persons who made this world lighter, the news hit us like a truck. He enjoyed being in the water and diving.

Witnesses saw the shark ‘strike vertically’ and land in the water ‘like a vehicle,’ before dragging his body out into the sea. After the attack, the shark, which was nearly twice the size of Mr Nellist, stained the ocean scarlet with blood.

The attack caused fear on the beach, which was crowded with scores of swimmers, paddle boarders, and rock fisherman who were watching the attack develop in terror. The shark is not expected to be killed; instead, if it is caught by drum lines placed up at the scene, authorities are expected to chase it away from the mainland.