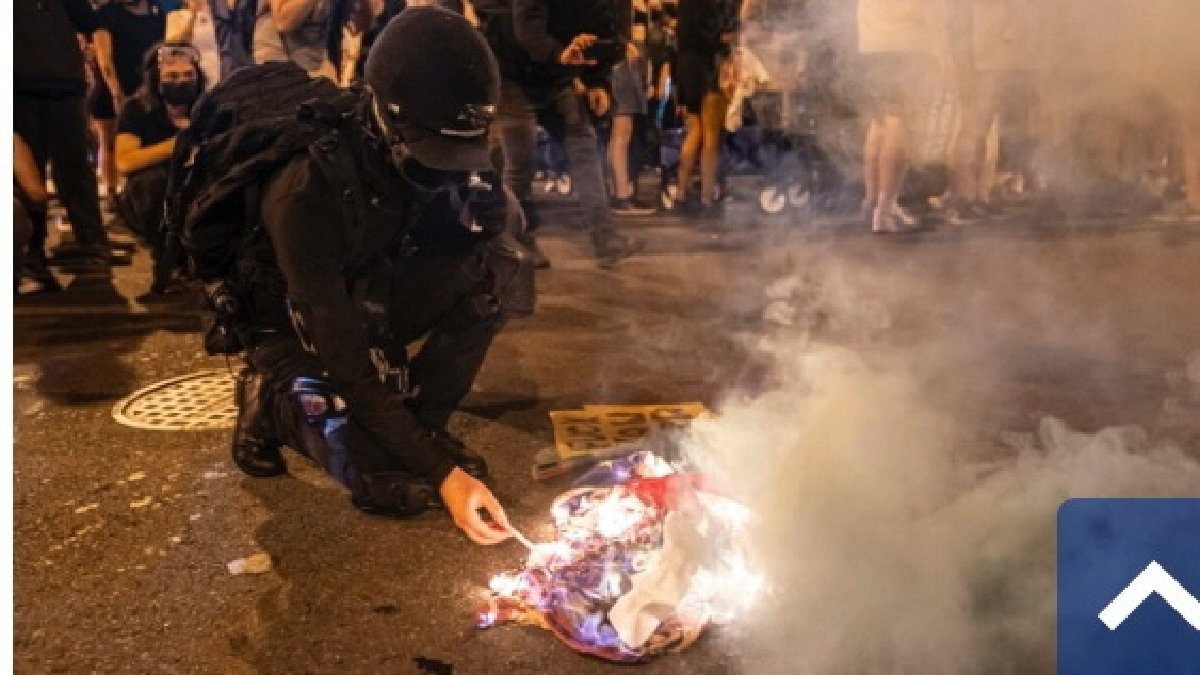 Pro-abortion activists began gathering in cities across the country on Friday afternoon to protest the Supreme Court’s decision to overturn Roe vs. Wade, a seminal ruling that made abortion legal nationwide in 1973.

People dressed as members of the far-left extremist group Antifa held signs and chanted in the nation’s capital. They once burned an American flag and chanted about cities on fire.

A burning American flag can be seen on the ground in images circulating online, next to a poster with the names of the conservative Supreme Court justices who supported the court’s opinion written by Justice Samuel Alito.

They chanted, “If we don’t get it, burn it down,” according to Fox News. They also reportedly chanted, “Every city, every town, burn the precinct to the ground.”

A number of the protesters wore Antifa’s signature black and used a black umbrella to shield their faces, as Antifa does.

Antifa was a driving force behind the violent, fiery protests that swept America and lasted for months after George Floyd’s death in May 2020 until the general elections in November of that year, when they petered out.