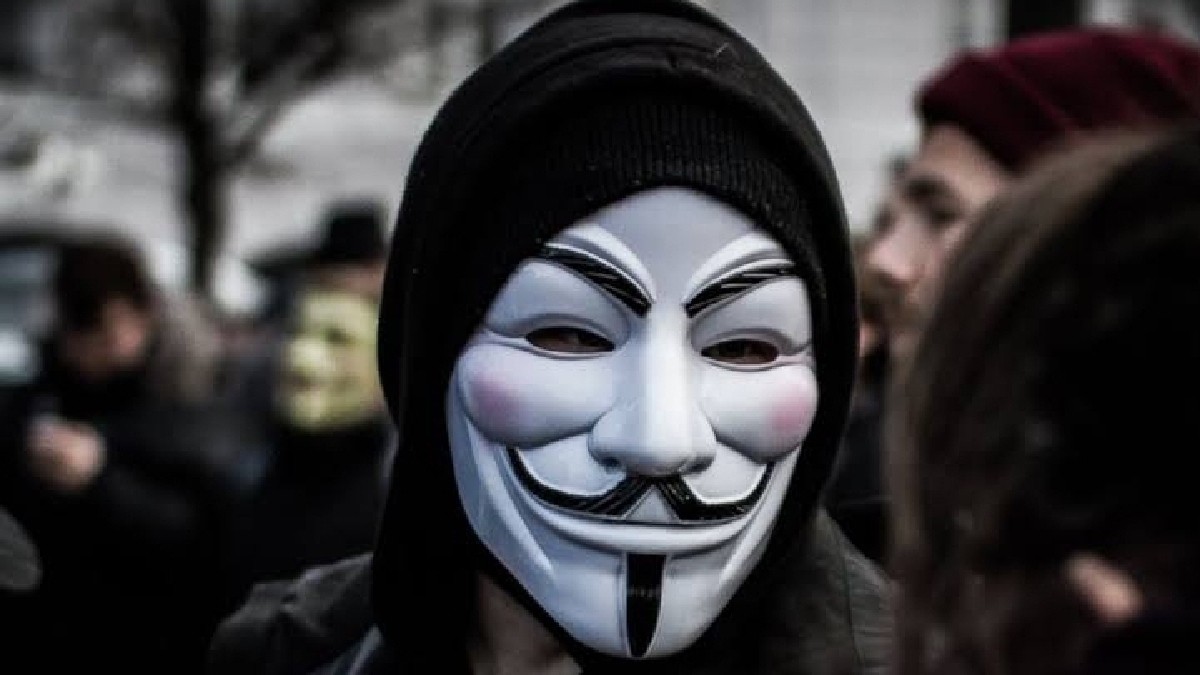 The enigmatic computer specialists made the shocking news on Twitter.
They claimed to be ‘officially’ engaged in a ‘cyber war against the Russian government.’
They soon admitted that they had targeted the Kremlin-backed RT.

‘The Anonymous collective is officially in cyber war against the Russian government,’ they announced shortly before 10 p.m.

They announced about 30 minutes later that they had shut down the website of the Kremlin-backed TV channel RT, which transmits in the UK and has been fiercely criticized for its coverage.

When some users attempted to access the site this morning, it was unreachable and simply displayed an error message stating that ‘this site cannot be reached.’

The declaration of a cyber war enhances the possibility that Russia would be subjected to systematic hacking attempts in the coming days.

Prior to Thursday’s invasion of Ukraine, the country’s government and banks were targeted by a huge cyber attack alleged to have been carried out by Russia.

According to their Facebook page, Anonymous say they are “an internet based international team from literally all around the world”.

The Anonymous group began in 2003. Their members (also known as anons) can be identified in public by wearing Guy Fawkes masks similar to those seen in the graphic novel and film V for Vendetta.

However, this is not always the case, as some members of the collective prefer to cover their faces rather than use the well-known mask as a disguise. Some anons also use voice changers or text-to-speech programs to mask their voices.

In its early form, the concept was adopted by a decentralized online community acting anonymously and in concert, usually toward a loosely self-agreed-upon goal that was primarily focused on entertainment (or lulz).

Beginning with Project Chanology in 2008, a series of protests, pranks, and hacks directed at the Church of Scientology, the Anonymous collective became increasingly associated with collaborative hacktivism on a variety of international issues.

The Anonymous group declared a cyber war on Putin through their verified Facebook page.

The full text of the message reads “Greeting Citizens of the world, this is a message to Vladimir Putin from Anonymous. “

“Mr. Putin, the ongoing invasion of Ukraine has shown that your regime has no respect for human rights or the self determination of your neighbours”

“In the past several days, a full scale invasion has commenced, civilian neighborhoods have been bombed and innocent people have been killed. Refegees are fleeing the violence and. the population is being forced into conscriptions by Ukrainian officials. This is an ugly situation all around and you’re the instigator “.

“You have criticized the US military and NATO for their occupation and bombardment of the middle east, which is certainly a fair criticism, but you have shown that you are no better than the imperialist government that you criticised and the whole world can see through your propaganda ” .

“Even the citizens that you are pretending to protect are entirely against the war and protesting across dozens of major cities in Russia.“

“Your tyrannical response to the Russian anti-war protesters will only spark futher unrest among the Russian people who are suffering the consequences of your foolish actions. The sanctions will hurt your citizens far more than it will hurt you which is why the sanctions are not a proper deterrent.”

“Now the most popular resistance will come from within. The police brutality seen in the streets during these demonstrations will only provoke further protests and destroy your credibility even more”.

“This invasion will also begin to create more problems for you on the geopolitical front as more countries around the world begin to see you as a threat and an enemy.

“This is especially true for your neighbours who have maintained a level of neutrality up until now. Finland and Sweden are now expected to join NATO, due to concerns that your ambitions for conquest are much greater than you are willing to admit.”

“If you continue on this path, you will continue to lose support among Russian citizens. Other countries around the world will refuse to cooperate with you and you will face unprecedented cyberattacks from all corners of the world”

“Members of Anonymous have declared cyber war against your aggressive regime with numerous government websites being taken offline in the past several days.”

“A few downed websites is only the beginning though, soon you will feel the full wrath of the worlds hackers, many of whom will likely reside from your home country.”

“Your secrete may no longer be safe, and there’s a chance that few components of your government’s infrastructure, could be hijacked.”

“Now with the invasion of Ukraine, the previous invasion of Georgia, and Crimea are starting to come into focus and show a clear strategy for Russia to recapture key areas that were once held by the Soviet Union.”

“The Soviet Union failed so many years ago and the world has not forgotten the brutality of that regime.”

“The people of the world will resist you every step of the way. This is not a war that you can win regardless of how powerful you think you.“

“We are Anonymous, we are Legion, Except us”

How powerful is Anonymous?

Anonymous has been involved in cyber warfare all over the world for quite some time. They have been linked to global computer attacks intended at penalizing governments for policies that the hackers oppose.
Members are known as ‘Anons,’ and they may be identified by their Guy Fawkes masks.

For its hacking activities against government organizations, child pornography sites, and the Klu Klux Klan, the group has been dubbed everything from digital Robin Hoods to cyber terrorists.

As part of its ‘Project Chanology,’ the online community organized a series of rallies, pranks, and hacks against the Church of Scientology in 2008.

Later targets of Anonymous ‘hacktivism’ included government agencies of the US, Israel, Tunisia, Uganda, and others, copyright protection agencies; the Westboro Baptist Church; and corporations such as PayPal, MasterCard, Visa, and Sony.

They vowed war on covert “chat networks” used by paedophiles to swap photos in 2013.

Dozens of people have been imprisoned in nations such as the United States, the United Kingdom, Australia, the Netherlands, Spain, and Turkey for their role in Anonymous cyberattacks.