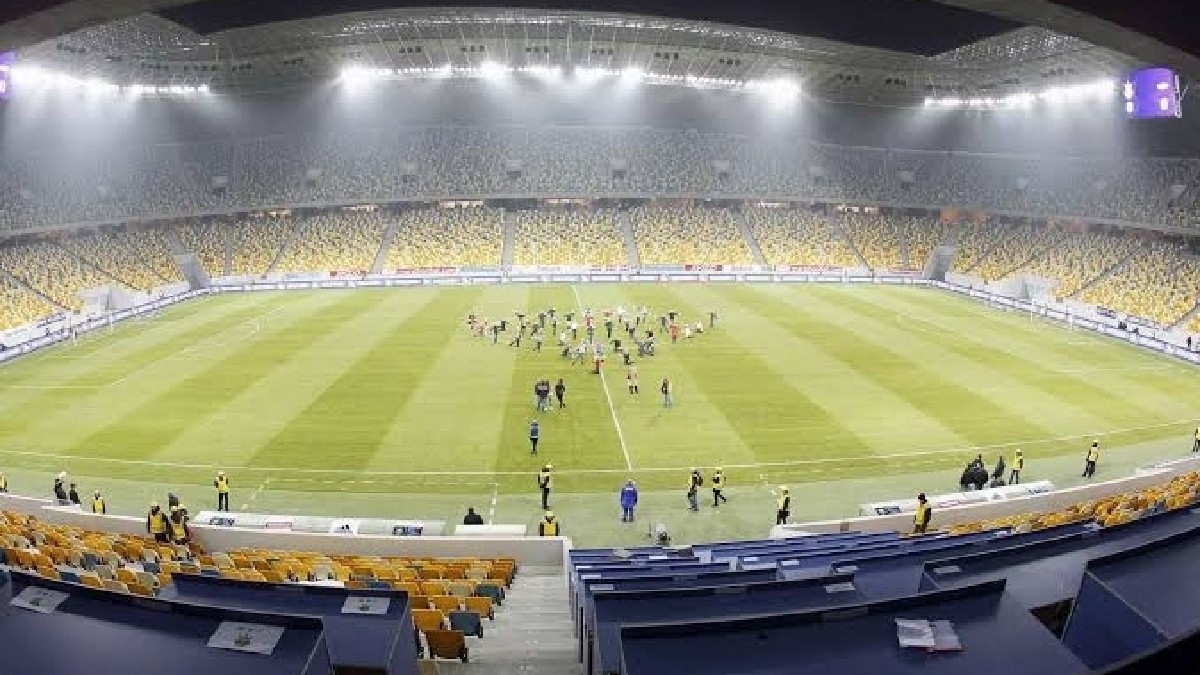 Shakhtar Donetsk is converting the Arena Lviv stadium into a makeshift camp for between 2000 and 3000 people.

Arena Lviv has a seating capacity of 34,900 people and is home to both FC Lviv and Rukh Lviv. Shakhtar played their home games in the Donbass region when it was first involved in conflict with Russia between 2014 and 2016.

According to the UN Refugee Agency, there have been 2,473,427 refugees from Ukraine as a result of Vladimir Putin’s invasion.

Shakhtar Donetsk communications director Yuri Sviridov said: ‘We are trying to be helpful here and organise a shelter in Lviv, which has this big stadium, which was used in Euro 2012.

‘We played games here previously in the Champions League. In partnership with the local authorities, we have arranged for this to be a shelter for 2-3000 people. If other clubs want to be involved or send things, it would be items such as blankets, mattresses, beds, pillows, they would be very useful.

‘Benfica are sending five trucks of everything; food, medicine and clothes. Our employees are volunteering at the stadium.

‘Legia Warsaw in Poland have also suggested to have their own stadium act as a hub where aid can be collected from other clubs sending it over, before it is then transported to Lviv.’