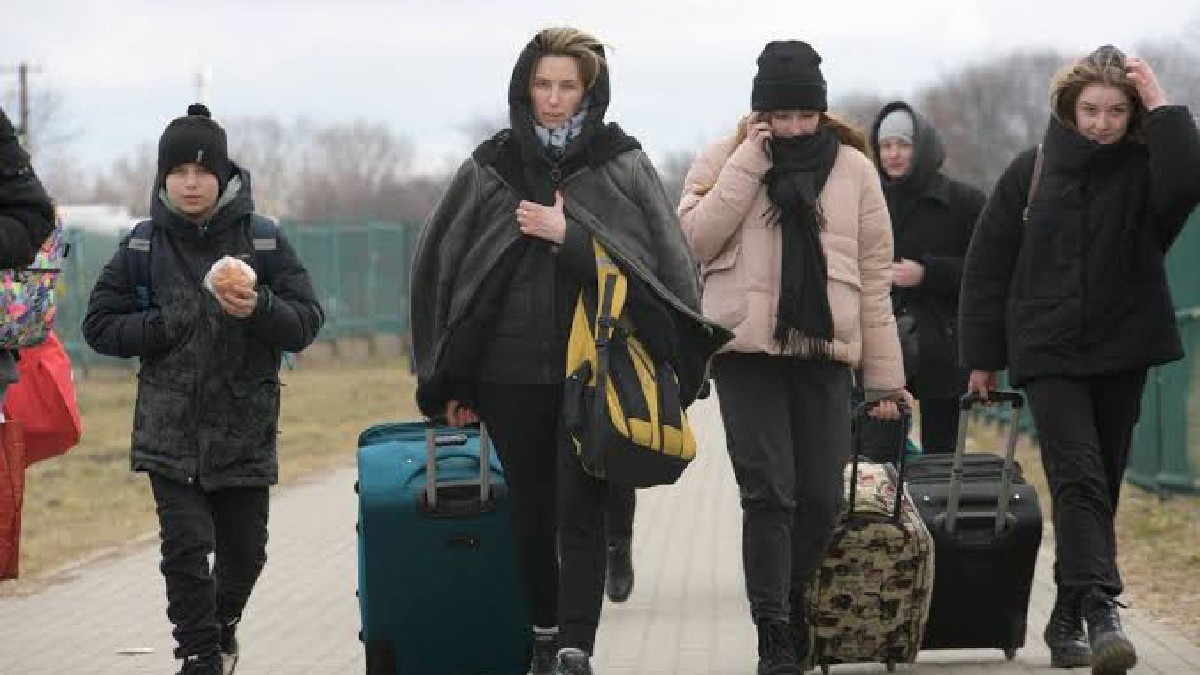 The criminals are posing as good Samaritans and promising unaccompanied female refugees safe accommodation and free transportation in order to entice them away from the safety of official checkpoints.

Charity workers on the Polish-Ukrainian border have warned that sex traffickers are working alone or in gangs to target vulnerable women and children.

Over 3.6 million refugees have fled Ukraine in recent weeks, with over 2 million going to Poland. The majority of those fleeing are women and children, as Ukrainian men aged 18 to 60 are prohibited from leaving the country to fight.

‘We’ve registered the first cases of [suspected] pimps preying on Ukrainian women near refugee shelter points in Lublin; accosting them, sometimes aggressively, under the guise of offering transport, work or accommodation,’ Karolina Wierzbińska, a coordinator at the human rights organisation Homo Faber in the Polish city of Lublin, told the Guardian.

‘These are not only men,’ she said. ‘There are also women attempting to procure female refugees at bus stations.’

“We’re also seeing multiple couples, typically a male and a female, having travelled to the border by car, attempting to lure women using similar tactics. We intervene in such cases by approaching the person acting suspiciously and asking them to register in our volunteer directory – in response to which they typically run away.”

What Humanitarian Organisations are Saying.

According to Missing Children Europe, an umbrella group of 24 child-protection organizations from across Europe, unaccompanied minors continue to vanish at borders.

“There are so many children that we lost track of,” said Aagje Ieven, secretary general of Missing Children Europe. “This is a huge problem, not just because it means they easily go missing, and are difficult to find, but also because it makes trafficking so easy.”

Between February 24 and March 17, more than 500 unaccompanied minors were identified crossing from Ukraine into Romania, according to Unicef. It is one of several organizations that have called for improved border screening to keep children safe, particularly unaccompanied minors.