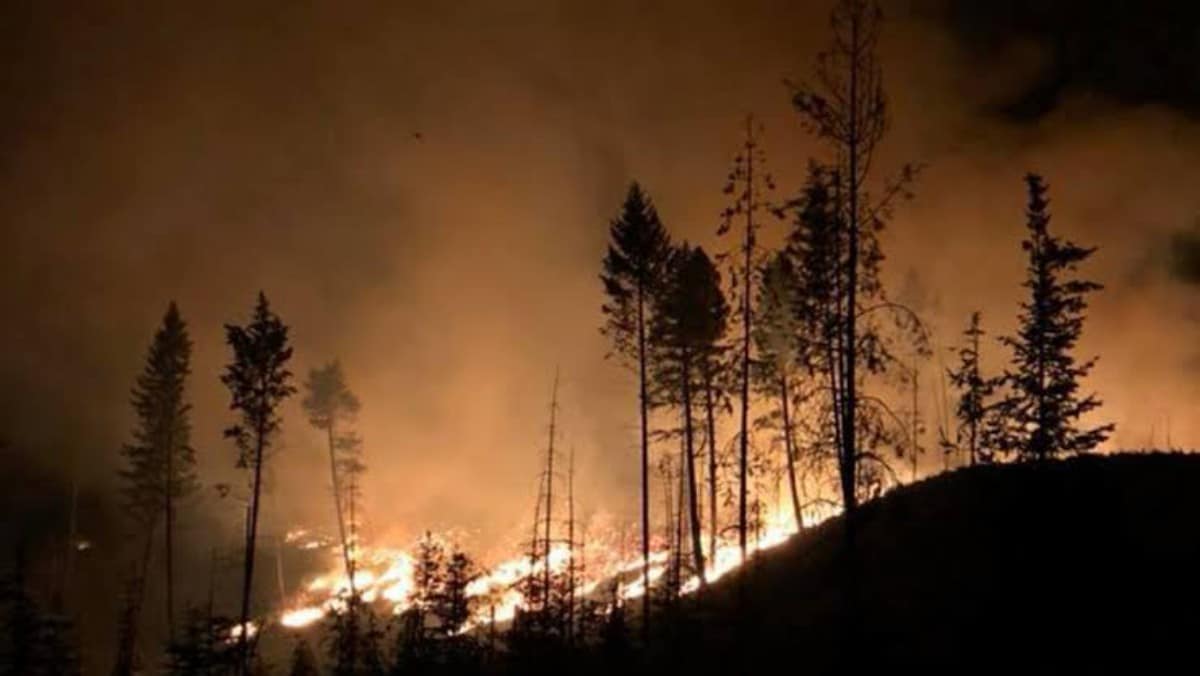 Canada’s military will provide air support to the western province of British Columbia (BC) as it battles a series of massive wildfires that broke out after days of record temperatures.

Recall that some Canadian villages in British Columbia which set an all-time national heat record this week has been “devastated” by a fast-moving wildfire that engulfed the small town “within minutes” following an intense heat wave.

Sources in Canada told Earthsound Media that temperatures as high as 54 degrees Centigrade were recorded in some Locations in British Columbia. According to the source, this resulted in the death of a number of people in the locations. These high temperatures have challenged infrastructures in Canada in a number of ways and caused many wild fires in the area.

In a statement on Sunday, the federal government said the army would help transport “personnel, supplies and equipment into and out of areas affected by fires” in the province, as well as aid in any emergency evacuations.

Bill Blair, Canada’s minister of public safety and emergency preparedness, said the military’s support would be available until July 19.

“Canadians can be assured that all orders of government are working together to keep British Columbians and their communities safe,” Blair said in the statement.

Hundreds of people have been evacuated from their homes due to the blazes.

Experts say climate change is worsening extreme weather events, such as the wildfires and heatwave seen in BC – and that has prompted calls for the Canadian government to move away from large fossil fuel projects, such as pipelines.

On Sunday afternoon, a BC Wildfire Service dashboard showed 184 fires were still active in BC, and authorities said they feared more could be ignited.

“Unfortunately, we are expecting another lightning event to move through areas of the southern interior,” said BC provincial fire information officer Jean Strong, as reported by CBC News. “And if we see that … I would expect to see more ignitions.”

Local media reported that at least two people died in the village of Lytton, about 275km (170 miles) northeast of Vancouver in the BC interior, after enormous fires and smoke overwhelmed the community and forced a rapid evacuation on Wednesday.

Chief Matt Pasco of the Nlaka’pamux Nation Tribal Council, which includes Lytton First Nation, condemned the evacuation in an interview with The Canadian Press this weekend.

Pasco accused the government of ignoring the community’s needs in the early hours of the emergency. “It was an abysmal attempt at the very thing they’re meant to do,” he told the news agency. “They had processes in places for our cattle but none for Nlaka’pamux people.”

The BC government acknowledged that “early communication” with Indigenous leaders “didn’t live up to expectations”, CP reported.

In a statement on Sunday, the province said Royal Canadian Mounted Police “continue to make every effort to ensure all residents and evacuees from the Village of Lytton and the neighbouring Indigenous communities are safe and accounted for”.

The government also urged residents who have been evacuated from their homes to register with the authorities “so loved ones and communities know where you are and that you are safe”.

It said emergency support services have been set up to provide evacuees with food, clothing and a place to stay, while reception centres also were established in several locations, including the cities of Kamloops, Chilliwack and Kelowna.