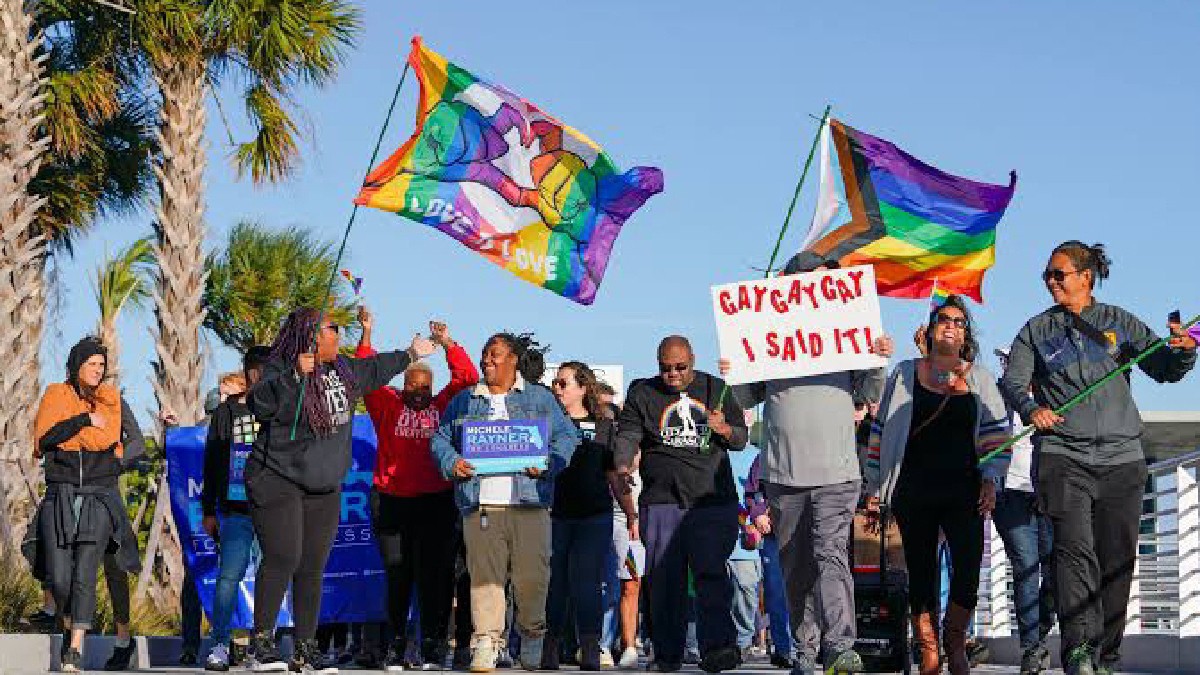 “Don’t Say Gay” legislation is making inroads thousands of miles away from Florida.

The Florida law that prohibits classroom instruction of sexual orientation and gender identity for some younger age groups in the state, signed by Republican Gov. Ron DeSantis in March, has been billed as a parental rights bill by supporters, despite claims from opponents that it targets LGBTQ people.

It has since gained national attention. By April, at least 20 states had introduced similar legislation, ranging from South Carolina to Ohio to Arizona. Gov. Kay Ivey signed the Alabama equivalent of the Florida rule into law on April 8, making Alabama the second state to do so.

New Jersey became the latest state to see the legislation this week, thanks to state Sen. Edward Durr.

Durr’s bill would make it illegal for school districts to “incorporate instruction on sexual orientation or gender identity” for students in kindergarten through sixth grade, and would require “consent from parents or guardians” for students in seventh through twelfth grade to discuss the subject.

Don’t say Gay; what are the implications?

According to the legislation, parents or guardians could take legal action against a school if their child was taught about the subject without their consent, and the state’s education commissioner could withhold funds from a school district if the rule was broken.

A culture war is raging over issues such as critical race theory and transgender student rights, which have in some cases piggybacked off parental dissatisfaction with pandemic politics in schools, demanding a say in their children’s education.

In March, DeSantis added to the parental rights rhetoric, claiming that there is a “national trend” to “cut parents out” of their child’s education.

“The last couple of years have really revealed to parents that they have been ignored increasingly when it comes to their kids’ education,” the governor said at a press conference ahead of the bill signing in March.