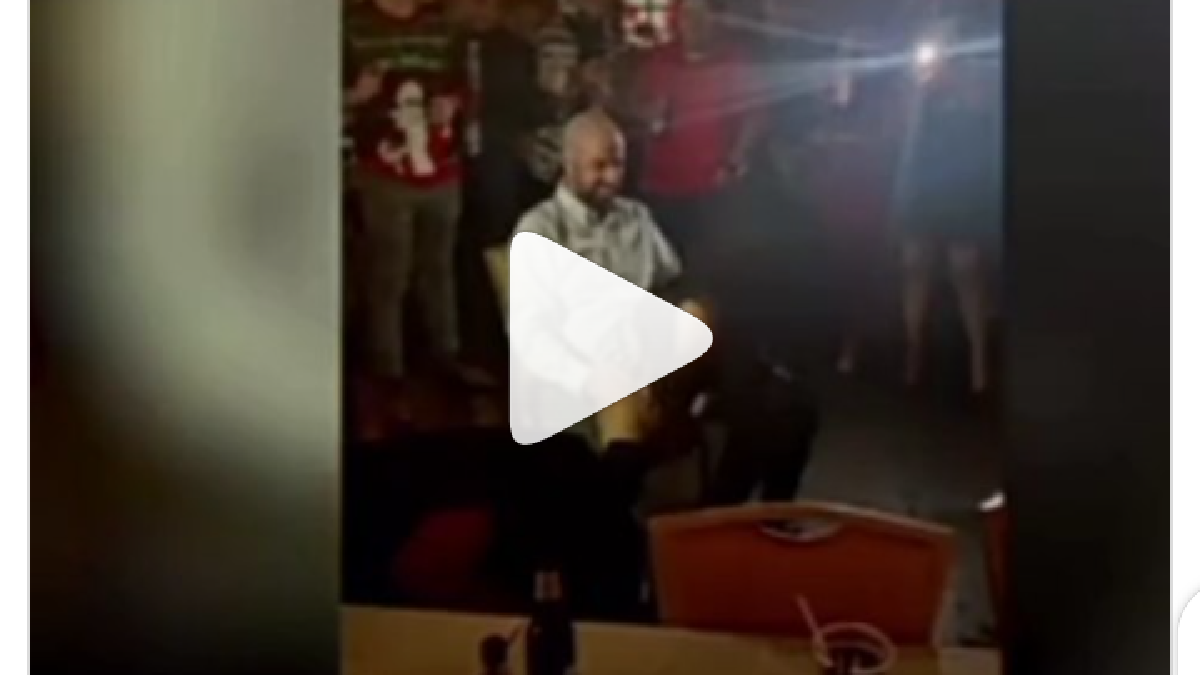 After receiving a lap dance from a junior officer, a married New York Police officer with two children has gotten himself into trouble.

After a scantily-clad rookie cop was caught on camera giving him a lap dance during their precinct’s holiday party, police lieutenant Nick McGarry was transferred to a new office as a punishment.

On social media, Nick McGarry, a police lieutenant, can be seen grinning broadly as a rookie police officer twerked on his lap while dressed in a miniskirt, black crop top, and knee-high boots.

McGarry sat in a chair in the middle of a bar dance floor, surrounded by coworkers, as a younger female officer bumped and grinded against him.

Some people applauded the female officer and lieutenant as he received the lap dance.

McGarry and the female officer shared an embrace after the lap dance ended.

See the man Who Allegedly strangled his Girlfriend after she received a phone call from her ex-boyfriend.