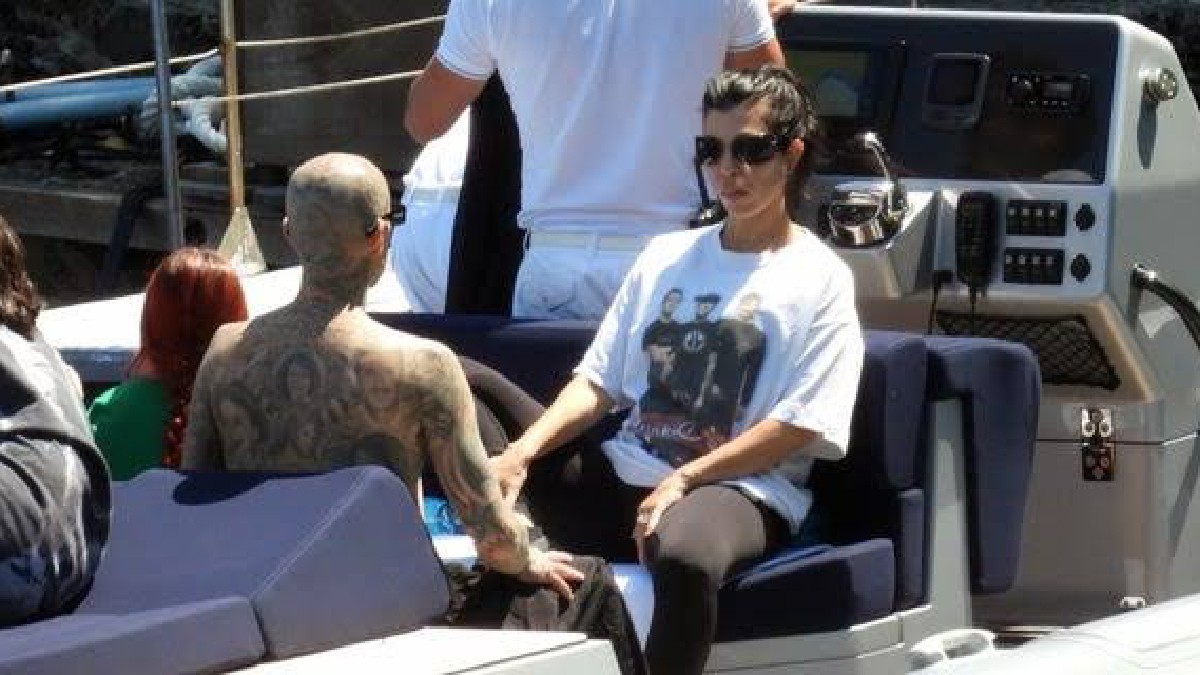 Some Kardashian family members have already arrived in Italy ahead of Kourtney Kardashian and Travis Barker’s wedding this weekend.

Travis and Kourtney rented a small Italian castle for the ceremony.

According to sources close to the couple, the newlyweds are in Portofino, Italy, this weekend to exchange vows in front of family and a small group of friends.

The wedding will be attended by Kourtney’s sisters, children, mother, Corey Gamble, and a few close friends. Scott Disick, Kourtney’s baby daddy, was not invited.

Travis will be supported by his children and a few close friends, including bandmates.

Kourtney and Travis are getting married for the third time.

Their second wedding took place on May 15, in a Santa Barbara courthouse.

Kourtney and Travis set to get wedded in an Italian castle

Kourtney, 43, and Travis, 46, are said to have rented out the entire castle, which was built as a military fortress during Roman times, and will be married over the next four days.

Castello Brown is situated on a rural hill and offers sweeping ocean views, while it is surrounded by a number of prestigious villas.

In addition to stunning interiors, the castle has a stunning Mediterranean garden filled with flowers and rose gardens, making it the ideal picturesque backdrop for an outdoor event.

According to the venue’s website, it is the ideal location for a “dream wedding,” but it also hosts civil unions, private events, exhibitions, art displays, and meetings.

The property dates back to the Middle Ages, when the Genoese built it to defend the Gulf of Portofino, thus its strategically elevated position on the hill.

The first official mention of the historic property was in 1425, when Tomaso Fregoso, the ruler of the Republic of Genoa from 1421 to 1425, occupied Portofino and the castle was subjected to numerous sieges.

From the 13th to the 19th centuries, the castle was used as a military fortress in battles, and in 1500, it was renovated to include a battery and watch tower.

“I think I’m the most Misunderstood”-Angel Bbnaija.