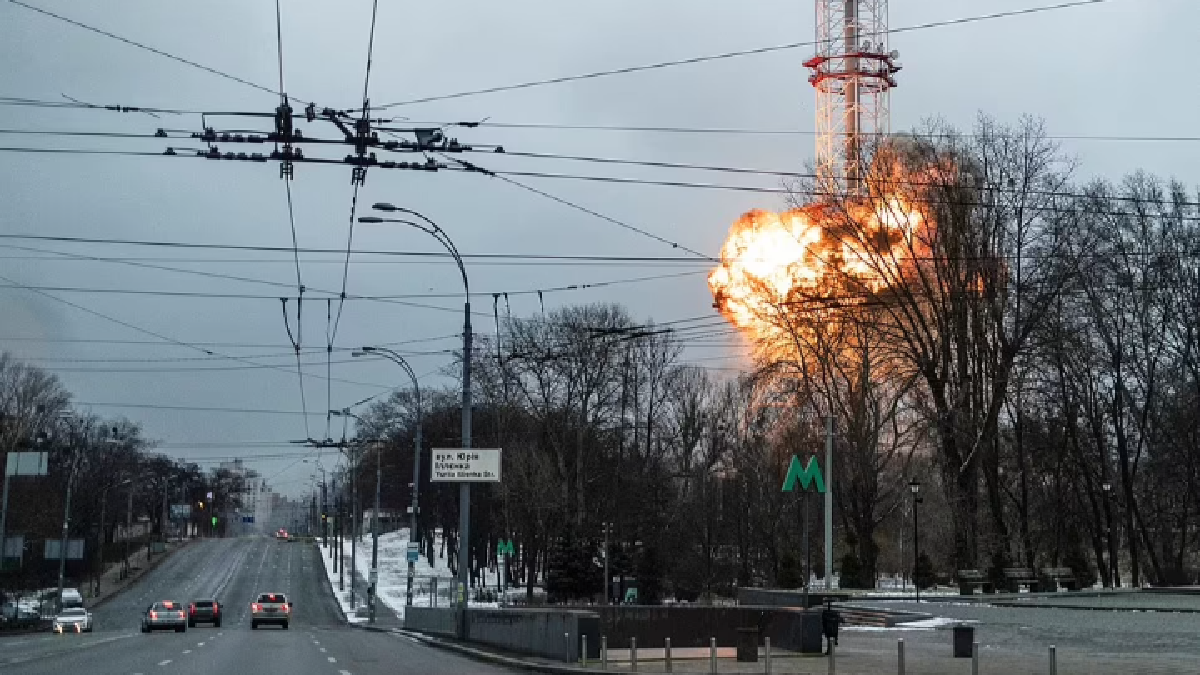 Smoke and flames rise up the side of Kyiv's 1,300ft TV tower after Russia bombed it on Tuesday. The tower remained standing but buildings around it were damaged, with some broadcasts knocked off air [source;Dailymailuk]

Residents of Kyiv near two key Ukrainian military units have been warned to leave the area as Russia’s armored forces approach the nation’s capital.

According to the Russian Defense Ministry, Russian forces will strike the Security Service of Ukraine (SBU) and the 72nd Center for Information and Psychological Operations (PSO) in Kyiv.

Russia’s assault on Ukraine entered its sixth day on Tuesday, as a massive armored convoy advanced toward the capital, Kyiv, and major cities were shelled again.

“We urge Ukrainian citizens involved by Ukrainian nationalists in provocations against Russia, as well as Kyiv residents living near relay stations, to leave their homes,” Russian defense officials said, according to TASS.

The International Criminal Court announced on Monday that it will launch an investigation into whether Russia committed war crimes and crimes against humanity in Ukraine. The decision was made just hours after peace talks in Belarus came to an end with no clear progress.

In a speech to the European Parliament on Tuesday, Ukrainian President Volodymyr Zelenskyy pleaded with the EU to accept Ukraine’s application to join the bloc, which was met with a standing ovation.

It came amid a swift Western response to Russia’s invasion, with countries imposing escalating sanctions that have severely harmed Russia’s economy and forced its currency, the ruble, to fall to around 30% against the US dollar on Monday.