Shocking! How a Fake Madwoman Kidnaps And Sells Children In Enugu Community
Advertisement 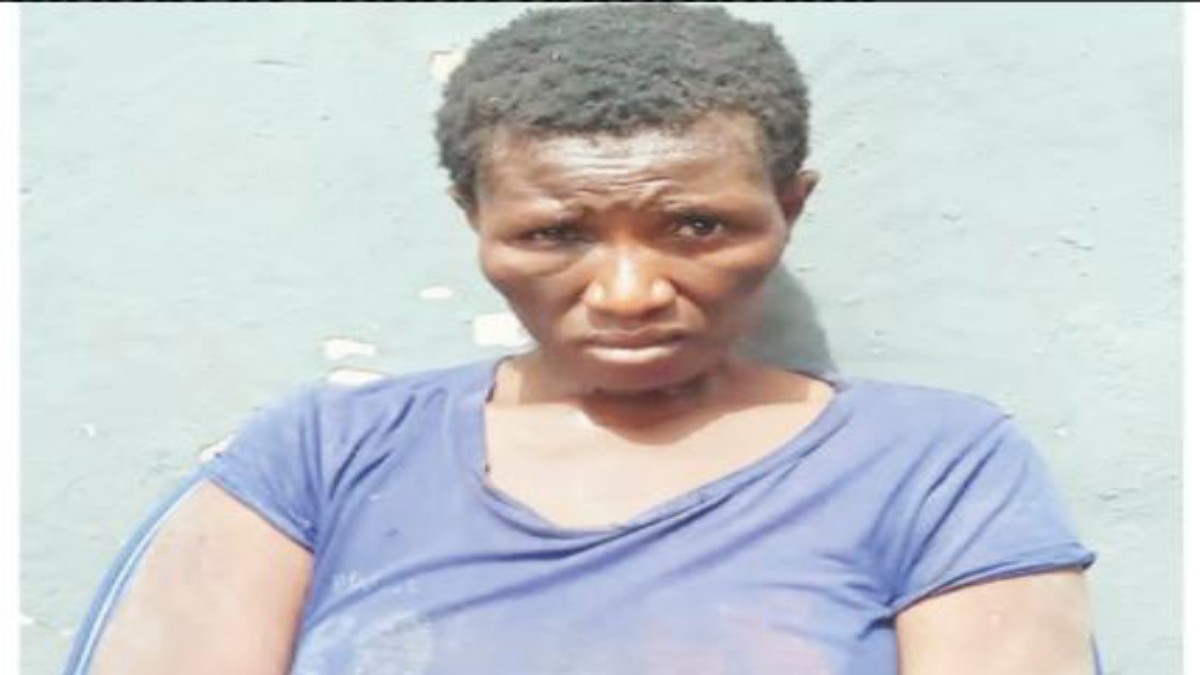 She was apprehended for attempting to kidnap and sell children in the neighborhood.

She pretended to be insane while carrying out the act.

The woman stated that she is from Iyi-Ozubulu in Nnewi, Anambra State, but has been living in an unfinished building in the Umuchigbo community for more than a month.

She admitted to successfully kidnapping two male children in the community and delivering them to her brother, Chibuzor Okafor, who sold each of them for N400,000.

“I changed station from the North. I was living in Sabon-Garri in Kano State with my brother before I came to this place. I have sold only two children. I caught them with a charm made with white powder. When I blow the substance on their face, they become weak and sleepy. It was Chibuzor that gave me the white powder.

“Chibuzor comes here to meet with me. He is the one that told me to come to this community. I am not mad. I just want to dress like this. My other clothes are in my bag. I left my hair like this because I want it to grow so I can plait it.

“Some of the missing young girls were later found dead with their vital organs missing. The children were never found,” he said.

“This lady came to kidnap a child yesterday (Wednesday) and she was caught in the act by security men. The boy was going into his parents compound after running errands for them when this lady grabbed him.

“The boy started shouting and attracted the attention of the security men. If she had succeeded in applying that charm, the boy would have slept off and that would have been his end.

“This lady is someone we don’t know. For more than two months she has been living in an uncompleted building looking for children to kidnap. Last year, a woman went to take her bath. Before she could come back, they had stolen her four-day-old child.

“About two weeks ago, a lady told her mother that some people called her for employment, but she hasn’t returned till today. We are not sleeping with our two eyes closed because of people living close to us.

“We are ready to follow this matter to any length to ensure that we can sleep with our two eyes closed in this community.”