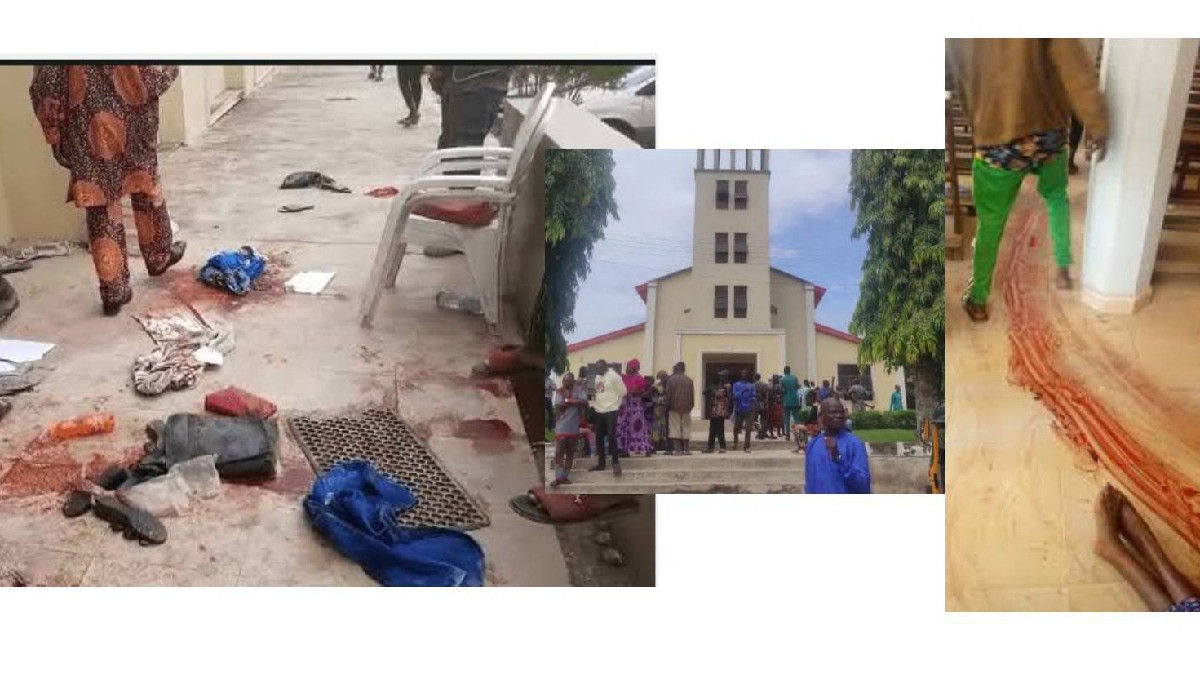 Ohanaeze Ndigbo Youth Council Worldwide, OYC, has reacted to the gruesome killings of worshippers at a Catholic Church in Owo, Ondo State by gunmen.

OYC described the attack as “barbaric and provocative” in a statement by its President-General, Mazi Okwu Nnabuike.

He said on Monday that it was a confirmation of the report given by the Methodist Prelate, His Eminence Samuel Kanu Uche.

The Methodist Prelate had upon his release by kidnappers, said his captors told him they were all over Southern Nigeria and were only waiting for a signal to commence their onslaught.

Okwu has now said “the Owo massacre leaves no one in doubt that the graphic details given by the Prelate are nothing but the truth. This is a confirmation that we are under siege by those who are hell bent on instigating religious war in Nigeria.

“This horrendous attack and the resultant killing of innocent worshippers, which is coming at the same time people are being burnt alive over mere allegation of blasphemy, will shake the nation to its foundation if allowed to continue.

“Life has become the cheapest thing under the All Progressives Congress administration in Nigeria and the authorities appear not bordered.

“We say that enough is enough. This is a clarion call on our people to embrace self-defense. We urge the Christian Association of Nigeria, CAN, to rally all the churches and initiate security measures. Nobody should expect security agencies to do anything, with allegations of complicity hanging on them.”

He warned those behind the attacks not to “misconstrue the peaceful nature of our people as cowardice. Any further attack on our people shall be met with equal reaction. We may not be able to hold back the already agitated youths.

“If this is also an attempt to truncate the 2023 general election, we declare that it is dead on arrival.”