How I was attacked and burnt by thugs for allegedly speaking on the forthcoming 2023 general elections.
Advertisement 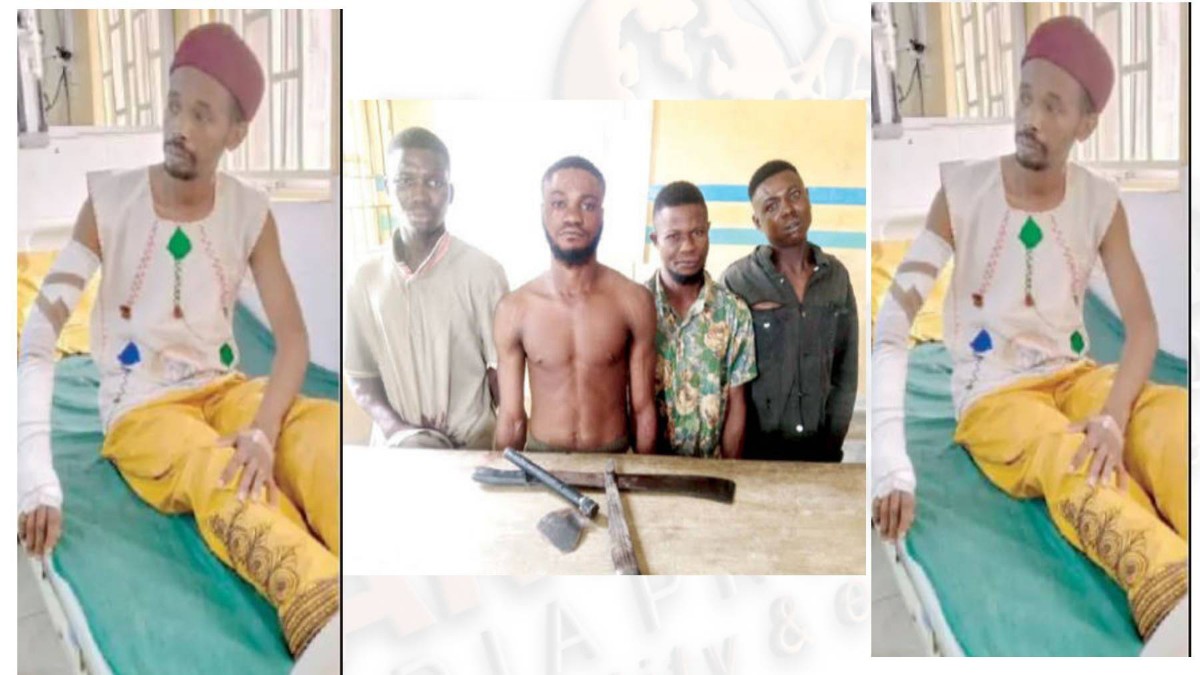 According to Daily Trust, Malam Aliyu Muhammadu Tukur, an Islamic cleric, was conducting Tafsir inside a mosque next to his house two weeks ago when suspected political thugs broke into the mosque and set him on fire.

Malam Tukur told City & Crime about being attacked and burned by thugs for allegedly speaking about the upcoming 2023 general elections.

The scholar, who teaches and preaches in Kumo, Akko Local Government Area, Gombe State, said he was fortunate that the attackers, whose mission was to kill him, failed but left him severely injured.

He said his “offence” was a speech he made during the closing of the Ramadan Tafsir at his mosque, where he asked his students and other followers to vote for the right candidates that touched their lives positively.

“During the closing of Ramadan Tafsir at the mosque, I commented on the forthcoming elections, where I stated that my students and other followers will only vote for politicians that have been able and were keen on delivering the desired development of our communities.

“After Sallah, we resumed the Tafsir we were doing before the Ramadan. So, on May 11, at around 8pm, just few minutes after commencing the Tafsir session, we heard voices asking where exactly I was seated.

“Before we could understand what was going on, thugs, about five in number, broke into the mosque and poured petrol on me. One of them threw a device that exploded and caused the fire which burnt parts of my hands, my seat, copies of the Qur’an and carpet in the mosque, including some of my students who also got injured.”

According to the 42-year-old father of five, he recognized some of the attackers, who were residents of his neighborhood and supporters of one of the legislative candidates, and that he has no issues with them and does not know why he was targeted.

While urging the state government to address the issue of youth restiveness in the state, he also stated that youths and others who were causing problems and inflicting pain on innocent residents should not go unpunished.

When contacted, the state’s police spokesman, ASP Mahid Muazu Abubakar, stated that two suspects had been apprehended in connection with the case.