Man who Displays Lots of Cash on Social Media, claims to be one of the "Unknown Gunmen" Operating in Anambra.
Advertisement 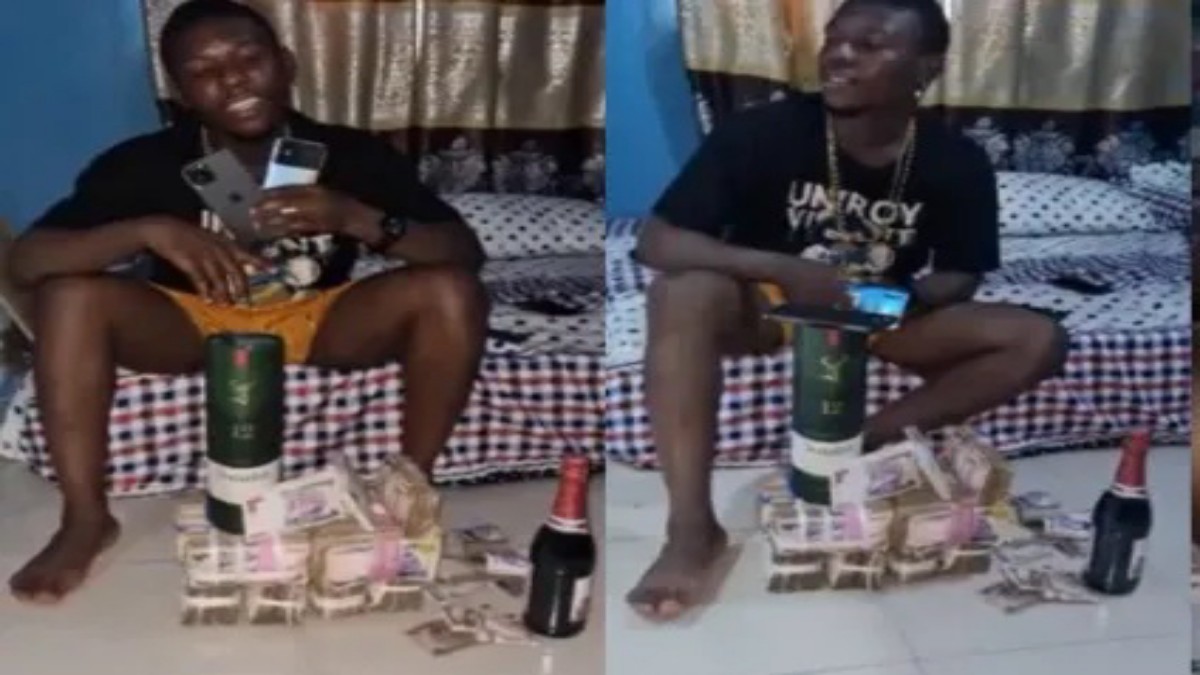 A young Nigerian man has admitted to being one of the unknown gunmen terrorizing Southeast residents.

On social media, the man was known for flaunting large sums of money.

After being arrested, he admitted to being a member of the “unknown gunmen” who have been terrorizing Nigeria’s southeast region.

In the video, the suspect is seen confessing to being one of those who attacked some security checkpoints in Anambra state.