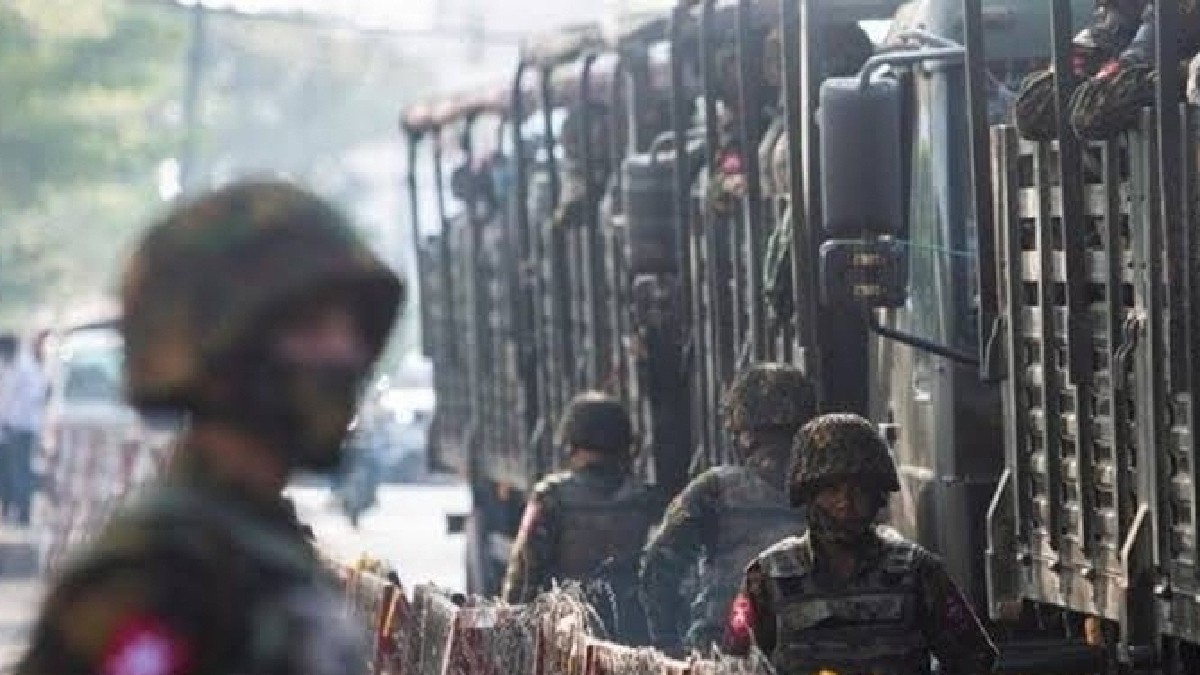 According to eyewitnesses, Myanmar soldiers injured at least three people after ramming a car into a peaceful anti-coup rally in Yangon on Sunday.

The country has been in turmoil since the military seized power in February, sparking nationwide protests that the junta attempted to quell with violent crackdowns and mass arrests.

Over the course of more than 10 months of military rule, some 1,300 people have been killed while protesting against the army, but small, mobile protests continue to occur.

See Also COVID-19; “How could you Believe that Someone with the Ideology of Population Reduction would produce a vaccine that would Save Your life?”-Pastor Chris. (Video)

According to a journalist in Yangon, the rally was violently dispersed Sunday morning when a large car ploughed into it.

“They increased the speed as they got closer to the protesters — it was almost as if they drove into them,” he said, declining to give his name for security reasons.

He claimed that a small group of people, some of whom were carrying banners in support of deposed civilian leader Aung San Suu Kyi, were hit and splayed on the ground while others fled the scene.

“The soldiers then jumped out of the car and began shooting,” he said.

According to another witness on the scene, one protester appeared to have been seriously injured and was taken away in an ambulance with two others, one of whom was a Myanmar journalist.

Soldiers then began beating three people who had been knocked over by the vehicle, according to a 26-year-old resident.

“The soldiers then pointed their guns at us and ordered all the bystanders to leave, so we had to leave,” the resident added.

State-run MRTV news reported that security forces “took action” against the protesters, but made no mention of soldiers colliding with them in a vehicle.

It confirmed three people were injured, one seriously, and 11 people were arrested for “having a protest without asking for permission.

“The junta has long justified its takeover of power by claiming fraud in last year’s elections, which Suu Kyi’s party easily won, and has promised to hold new elections in 2023.