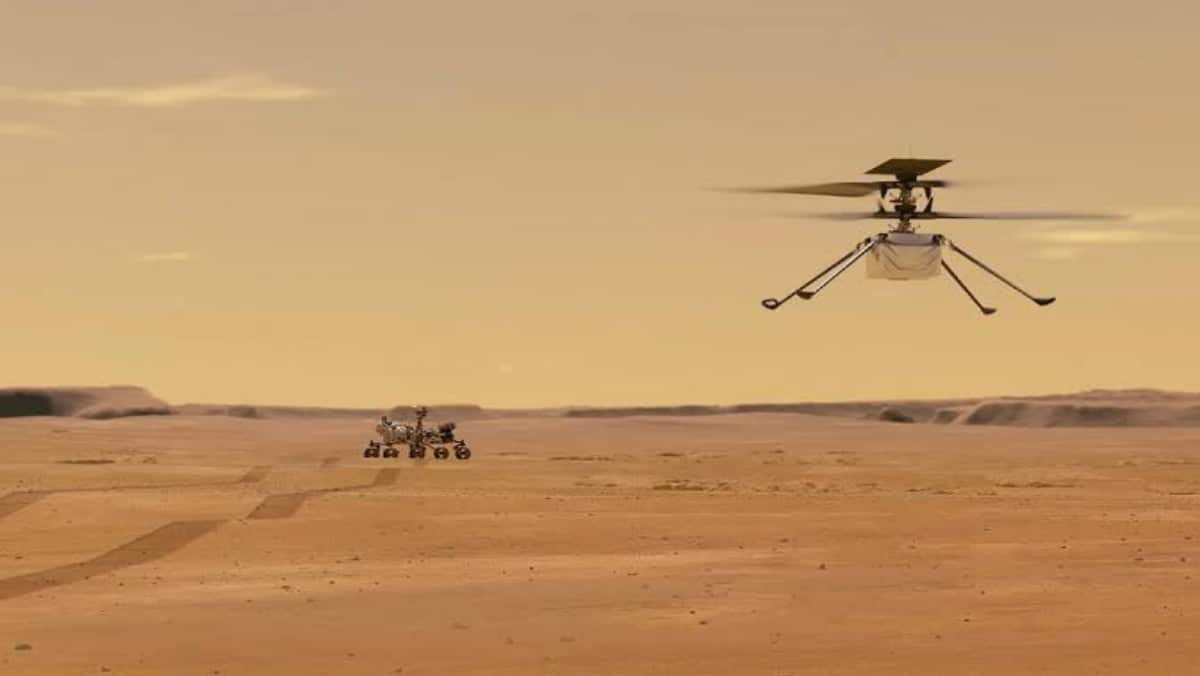 Overcoming extreme cold, dangerously thin air and flawed flight software, the $85 million autonomous copter spun its twin carbon fiber rotor blades to rise about 10 feet into the thin Martian air. It hovered briefly in the breeze before safely landing at about 3:30 a.m. ET Monday back on Earth, NASA officials said. The flight was the first of five planned for the next 30 days.

See also Issuance of SIM cards to resume on April 19….

“It’s real; it’s real,” said Ingenuity project manager MiMi Aung, slapping the table in front of her with glee and showing a thumbs-up. “We can now say human beings have flown a drone on another planet.”

Ingenuity arrived at Mars’s Jezero Crater in February along with NASA’s Perseverance rover, which was on hand to capture the historic flight on camera.

On Sunday, Ingenuity’s chief pilot, Håvard Grip, and his JPL colleagues had transmitted commands across 173 million miles of space to set Ingenuity’s flight in motion. Given the time lag in radio transmissions resulting from the relative positions of Earth and Mars and the satellites sending back the data, the controllers had no way of knowing that the flight was a success until almost 16 hours later when the flight data trickled back to Earth.

See also SIX REASONS WHY YOU SHOULD BE USING INNOSON VEHICLES.