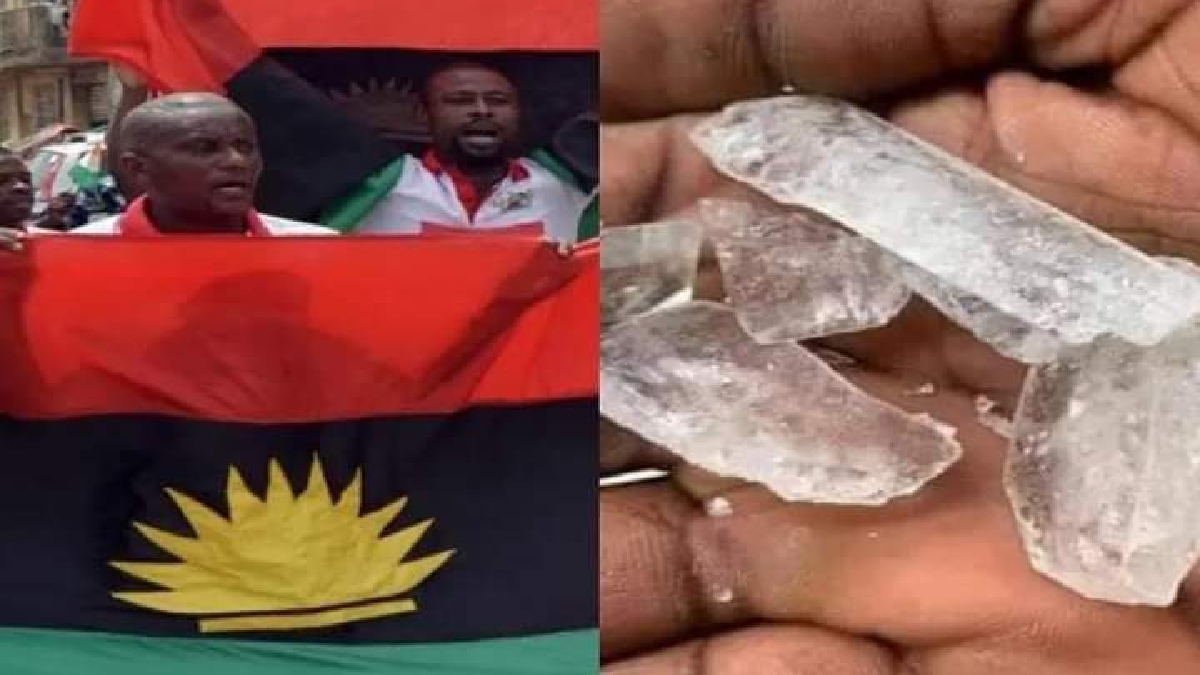 The Indigenous People of Biafra (IPOB) has declared war on methamphetamine (AKA Mpkurummiri) users in the South-East and surrounding areas.

Emma Powerful, the group’s Media and Publicity Secretary, revealed this on Tuesday in a statement made available to our correspondent in Awka, the capital of Anambra State.

Youth consumption of the drug, known as mkpurummiri in local parlance, was described as a “ugly trend” by Biafra agitators, who asked communities to monitor where such drugs were sold in their areas and report to IPOB offices nearest to them.

The statement read in part, “We, the global movement and family of the Indigenous People of Biafra, note with utter displeasure, a very ugly and disturbing trend among some youths in Biafra land who have resorted to the consumption of a destructive hard drug methamphetamine known as ‘mkpurummiri.’ This development is very strange and completely unacceptable.”

“It is this same hard drug that renders Almajiris in the North useless, and we won’t allow this madness to creep in or fester among Biafran youths.

“We observe how the Department of State Services is using mkpurummiri to create much problems among the North that metamorphosed into Almajiri and ‘janjaweed’ in the North.”

“We won’t allow that to happen here in the region; we encourage every community to have departments to checkmate those selling and taking mkpurummiri.”It added,

“Communities must ensure they report those involved in this madness to IPOB office for proper torturing because we don’t want this in our territory.

See also Anambra 2021; IPOB, Has Proved that it is not a Terrorist Organisation.

“IPOB hereby declares war against this nonsense. We shall go after those taking or distributing this harmful illicit drug. Henceforth, anyone found peddling, consuming or in any way involved in the distribution of this illicit drug shall be decisively dealt with.”

Many Igbo communities are currently dealing with the dangerous effects of mkpuru mmiri, and youths are involved.

As a result, they have become a burden to their families and communities, as some of them are reported to have killed or maimed members of their family because the drug is said to negatively affect the brain.

In addition to being unable to sleep and violent, users engage in anti-social behavior as a result of paranoia and hallucination.

The drug has a negative impact on the physical appearance of its users. It usually makes them look older and makes their faces more prone to acne.

Excessive use can result in gum and tooth damage, a condition known as Meth mouth.

Couple Conspire to Sell their Two Daughters for N700,000