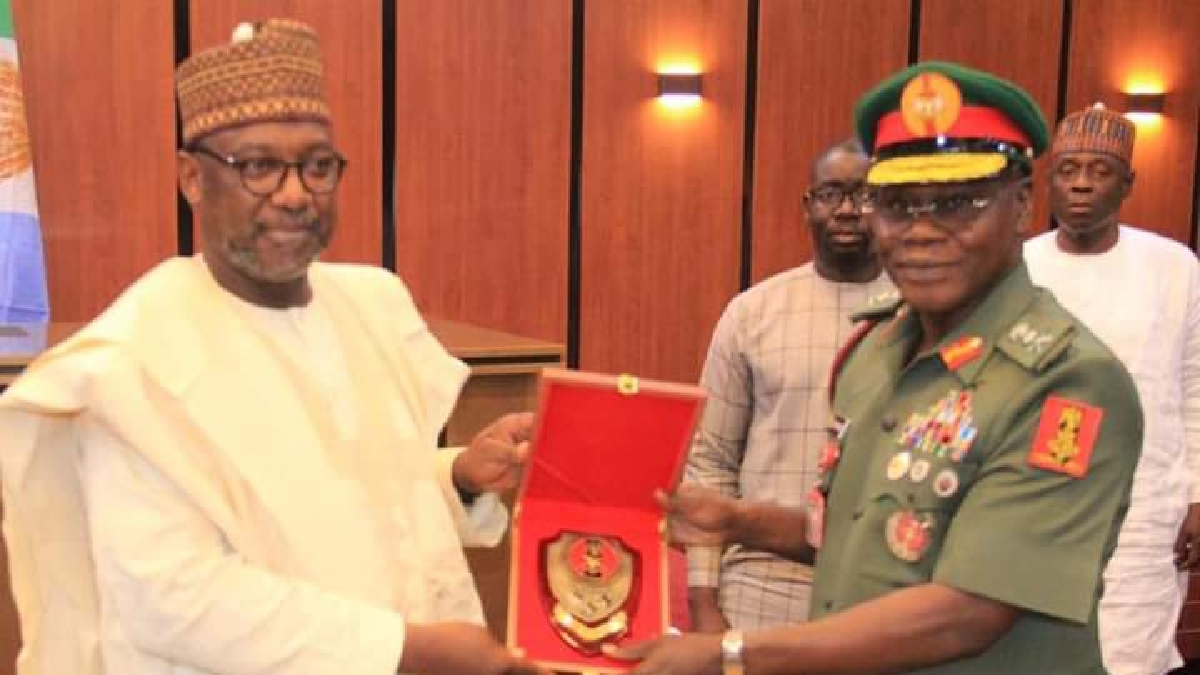 The Executive Governor of Niger state, Alhaji Abubakar Sani Bello has called on the good people of Niger state and Nigerians in general to support the Nigerian Army and the Armed Forces and security agencies in the ongoing anti-banditry and counter Insurgency Counter Terrorism Operations in the country.

Governor Bello made the call when the chief of Army Staff (COAS) paid him a courtesy call in Government House, Minna on monday.

The Governor who maintained that without security there would be deficiency in socio-economic development, urged all key stakeholders and well meaning Nigerians to support and cooperate with the military and other security agencies in the fight against banditry and other forms of security challenges in the country.

He assured the COAS of his government’s cooperation with the NA and the AFN to mitigate insecurity in the state.

Speaking during the visit, the COAS disclosed he was on a working visit to Niger state and Headquarters Training and Doctrine Command, Nigerian Army, for the Doctrinal Development Conference, aimed at reviewing Army training and operational concepts.

He however added that the visit to the two former Heads of State and the Governor was not solely to pay homage, but to as well interface with the former leaders and the Governor in his effort to squarely address security challenges in Niger state and the nation in general.

Lt Gen Yahaya expressed optimism that with the right support and cooperation from key stakeholders and the citizenry, the NA and indeed the Armed Forces of Nigeria and other security agencies will overcome the current security challenges bedeviling the nation.