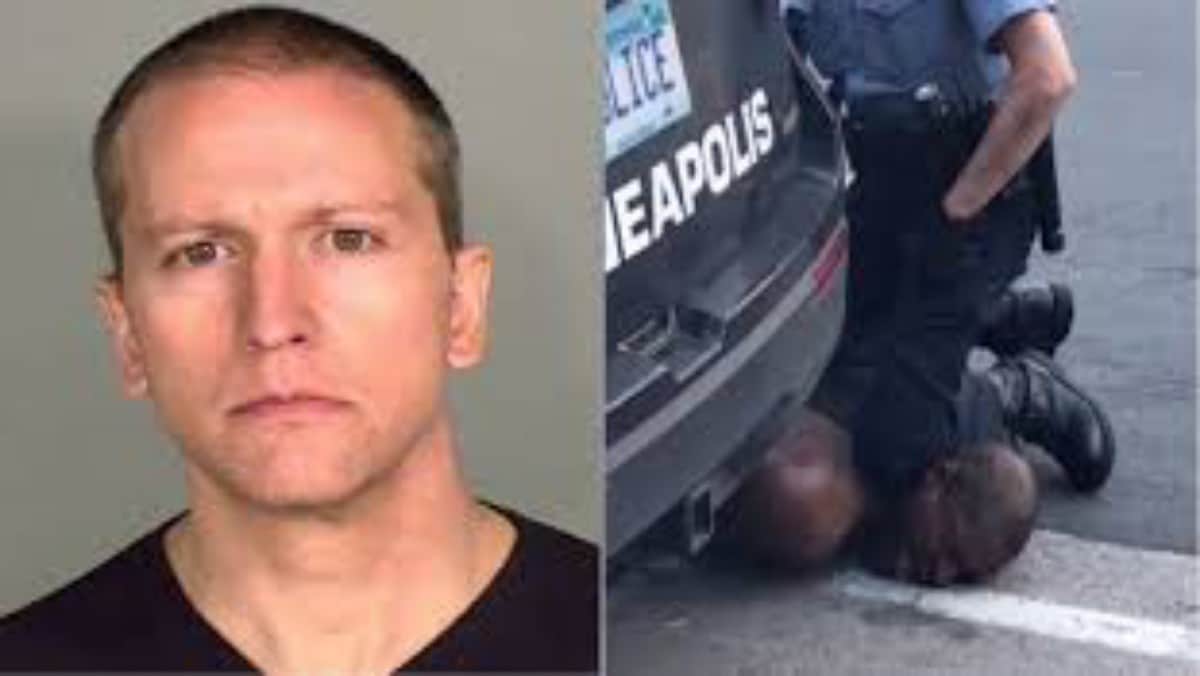 A jury has unanimously convicted Derek Chauvin of the murder of George Floyd.

But after 10 and a half hours of deliberations, the jury convicted the 45-year-old on all counts.

Chauvin, whose face was obscured by a COVID mask, showed little emotion as the guilty verdicts were read out.

He was remanded in custody, handcuffed and led out of the courtroom.

Under Minnesota’s sentencing guidelines, he faces 12 and a half years in prison for his murder conviction as a first-time offender but prosecutors could seek a maximum of 40 years if the judge determined there were “aggravating factors”.

Outside the court building, a crowd of several hundred people erupted in cheers when the verdicts were announced.

Mr Biden told them: “Nothing is going to make it all better, but at least now there is some justice.

“We’re all so relieved.”

Mrs Harris promised them: “We’re going to make something good come out of this tragedy.”

Later, speaking from the White House, Mr Biden said Chauvin’s conviction “can be a giant step forward” for the nation against systemic racism.