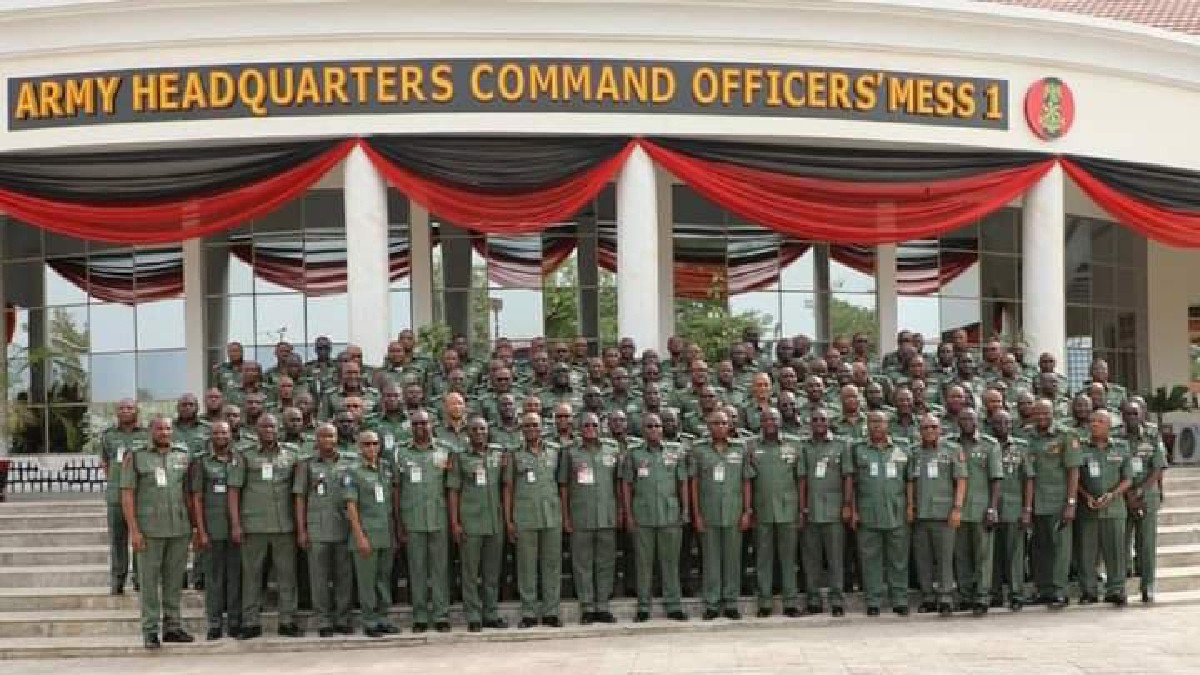 The Chief of Army Staff (COAS), Lt Gen Faruk Yahaya has averred that the operational successes recorded by troops of the Nigerian Army (NA) in the North East and across other theatres of operations have received global recognition, particularly considering the drop in the global index.

Gen Yahaya saluted the untiring efforts, doggedness and commitment displayed by troops in the face of adversary, which he maintained, translated into tremendous gains against insurgency, banditry and secessionists agitation in the north east, north west, north central and south east respectively.

The COAS attributed the recent operational successes to increased synergy between the NA and sister services, as well as other security agencies.

Gen Yahaya recalled that on assumption of command, he evaluated the level of insecurity in the country, which he said informed his resolve to motivate troops and re-invigorated ongoing operations in reversing the ugly trend of insecurity.

He pointed out, that with the increasing re- equipping of the NA, the force is better positioned to tackle contemporary and emerging security threats confronting the nation.

The COAS added that in order to consolidate on the successes so far attained, conscious efforts would be made throughout the period of the conference to retrospectively appraise ongoing operational and administrative activities of the NA, with a view to adding value.

He expressed optimism, that the conference will generate robust deliberations that will emplace new strategies that would project the NA and effectively drive ongoing operations.

The COAS lauded field commanders, officers and soldiers for their dedication and selflessness in the discharge of their constitutional role.

He charged the participants to contribute meaningfully towards improving on the performance of the Nigerian Army in all operational engagements.

Gen Yahaya disclosed that aside re-equipping and training, the NA has embarked on collosal infrastructural development drive that would provide a conducive working and living condition for troops and their families.

He expressed gratitude to the Commander- in -Chief, President Muhammadu Buhari for providing requisite logistics and strategic guidance to enhance efficiency of the NA.

Earlier in his welcome address, the Chief of Policy and Plans (Army), Maj Gen Anthony Omozoje stated that the fluidity of security necessitated quarterly review of all NA activities to enable for stock taking, evaluation and projection, to facilitate the attainment of set benchmarks in actualization of the COAS’ vision.