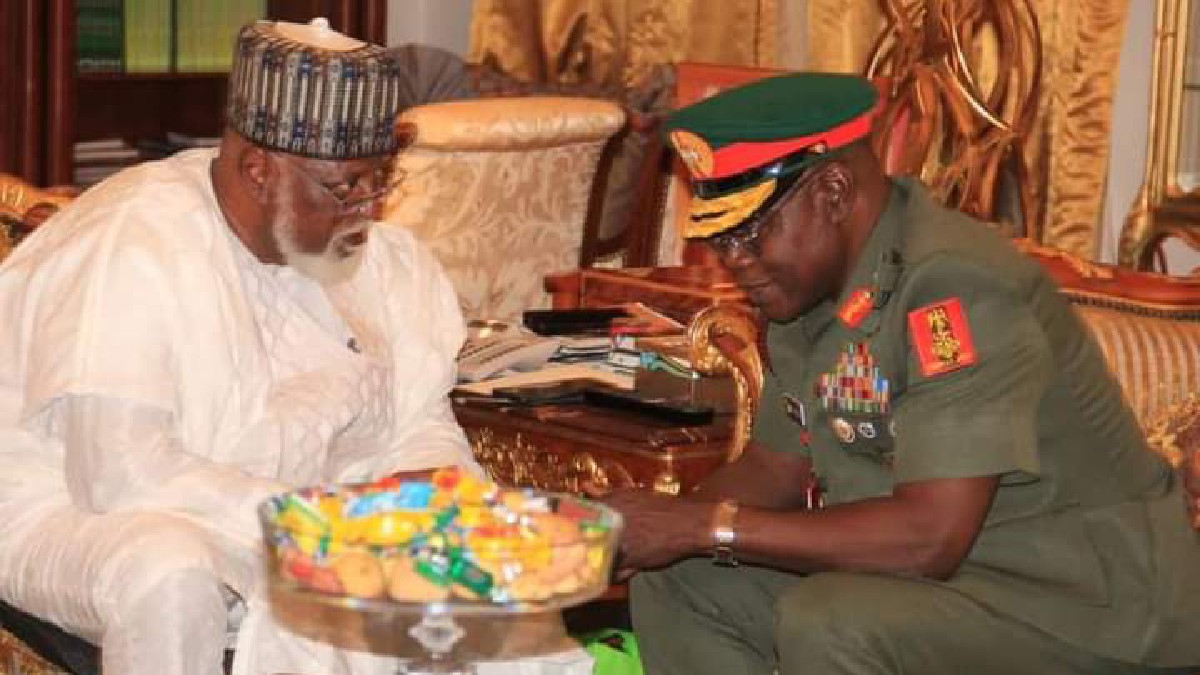 Former Head of State, General Ibrahim Babangida has said he is confident in Nigerian Army’s (NA) efforts and ability, under the leadership of the Chief of Army Staff (COAS) Lt Gen Faruk Yahaya, to stem the tide of current security challenges being faced by the nation.

Gen Babangida made the statement today Monday 22 November 2021, when the COAS paid him a courtesy visit at his hill top residence in Minna, Niger State.

The former Head of State pointed out, that though the nation is dealing with security treats in some parts of the country, the Nigeria Army has put up tremendous effort to tackle the security challenges, since the COAS assumed command.

See also Army Disassociates Self from Burning of Houses in Enugu. (online Video)

In the same vein, former Head of State Gen Abdulsalam Abubakar, noting that the COAS assumed command at a time the nation is being confronted with multifaceted security challenges, expressed satisfaction with the COAS’ unrelenting drive at confronting the challenges squarely at all fronts.

He commended the COAS for engaging key stakeholders across the country in the untiring search for public support and cooperation to effectively enhance ongoing operations against insecurity in the nation.

Gen Abubakar further lauded the COAS for what he called “his pragmatic leadership in visiting military formations and theatres of operations to engage and motivate the troops.”

He called on the officers in the junior leadership of the Nigerian Army to emulate the exemplary leadership virtues of the COAS’.

There were “Great security Risks’’ in Nigeria and Congo.