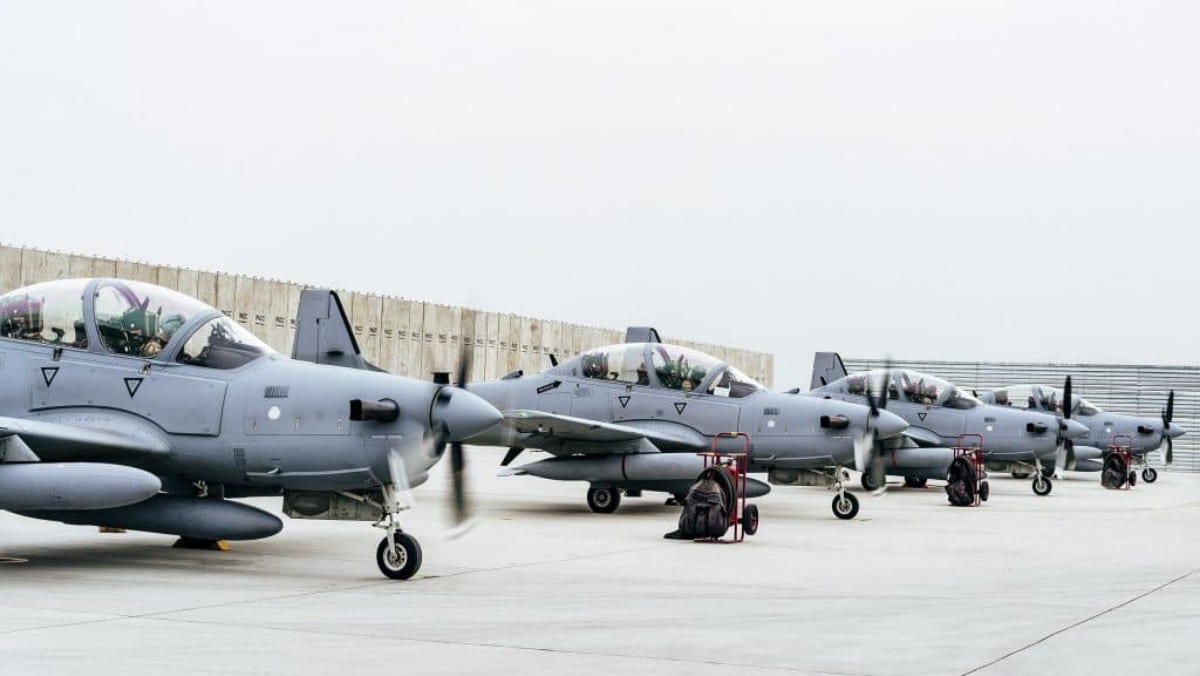 The Nigerian Air Force (NAF) has received the first batch of the A-29 Tucano Air craft.

The aircraft arrived in Kano, on Thursday 22 July 2021.Air Commodore Edward Gabkwet, NAF Director of Public Relations and Information confirmed the arrival of the fighter aircraft in a statement.

Nigeria paid $462million for twelve Tucanos and other weapons in 2018.

This payment covered Forward Looking Infrared (FLIR) systems for six of them.

EMB-314 Super Tucano also known as A-29 is an enhanced version of the EMB-312 Tucano trainer aircraft that features faster speed and higher altitude capabilities.

The prototype of the Super Tucano first flew in 1992. Both Tucano and Super Tucano have been developed and built by Embraer of Brazil.

In addition to basic and advanced pilot training, the main missions of the aircraft are border patrol and counter-insurgency operations.

The Director Army Public Relations ONYEMA NWACHUKWU (Brigadier General) made this known in statement published on the verified Facebook page of the Nigerian Army.

A part of the statement reads, “the COAS stated that the new facility is to provide befitting offices to meet demands of the recent expansion and restructuring of the Joint Task Force, North East, Operation HADIN KAI.

The COAS warm-heartedly disclosed that the complex was christened after the late Chief of Army Staff, Lieutenant General Ibrahim Attahiru, to honour him for his contribution and sacrifice towards the upliftment of the Nigerian Army.

The structure, as described by the cantonment maintenance officer, Major Suleiman, has the capacity to accommodate eight staff officers and other supporting staff.

“Why I Stood Surety for Nnamdi Kanu” Senator Enyinaya Abaribe.