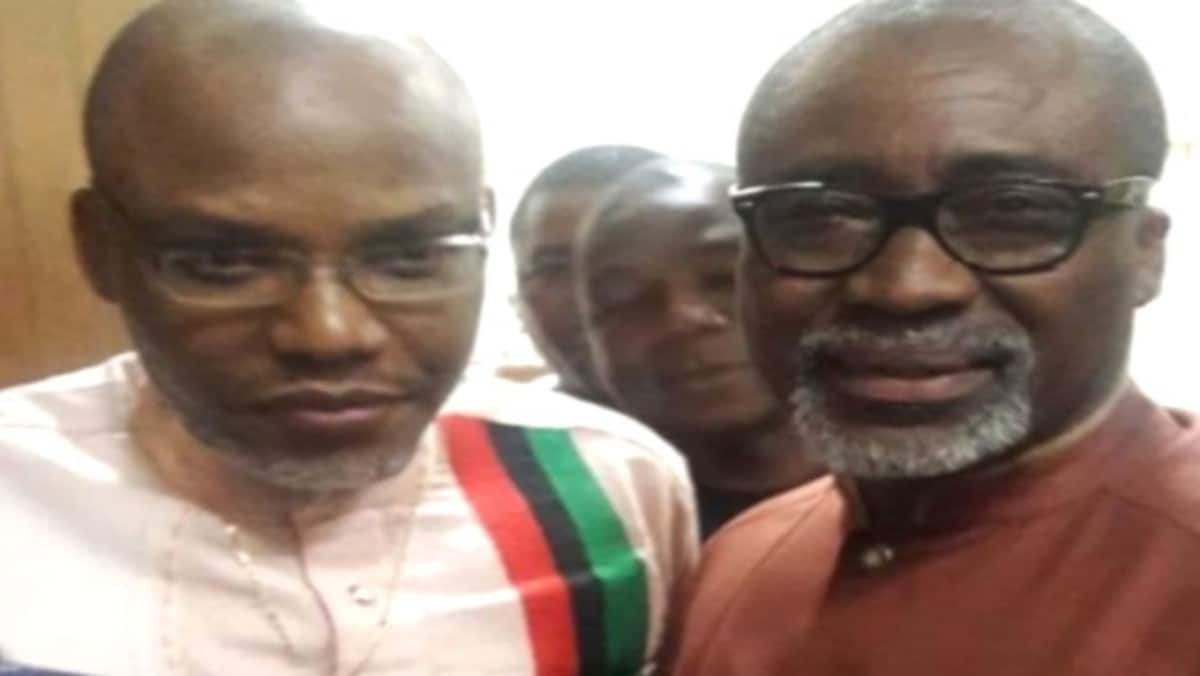 File; Nnamdi Kanu and Enyinnaya Abaribe, shortly before the former was released from prison custody.

Senator Enyinaya Abaribe has expressed his readiness to stand surety for the detained leader of the Indigenous People of Biafra (IPOB) Nnamdi Kanu again given the same circumstances.

The Senate Minority Leader, on Wednesday explained that he stood surety for Kanu when the IPOB leader was arraigned because it was a condition imposed by the court.

According to him, the court ordered that one of the sureties must be a Senator, and as the Chairman of the Southeast Senators Caucus then, he had to offer himself as the surety.

He said given the circumstances, he would not hesitate to stand as surety for Kanu again.

During the same interview, explained that he stood surety for Nnamdi Kanu because he considered him(Kanu) is a their Son.

Abaribe said: “He’s our son. He’s from our state (Abia). He (Kanu) said it himself that he ran for his dear life.

“There is a difference between jumping bail and escaping for your life. I went back to court and deposed that on the basis of the principle of ‘last seen’, that the last people seen with him were soldiers of the Nigerian army who were invading his father’s residence.

“The judge ultimately ruled that she was revoking bail and issued a warrant of arrest, thereby removing us from the responsibility of providing him. A lot of people did not understand.”

Abaribe said he did not feel betrayed that Kanu left the country, saying he ran for his life.

Abaribe Faults Colleagues who Voted Against electronic Transmission of Results

Abaribe spoke during an interview on TVC’s Journalists Hangout.

He faulted his Senator-colleagues who voted against electronic transmission of results.