After 27years, Bill and Melinda Gates to end their marriage.
Advertisement 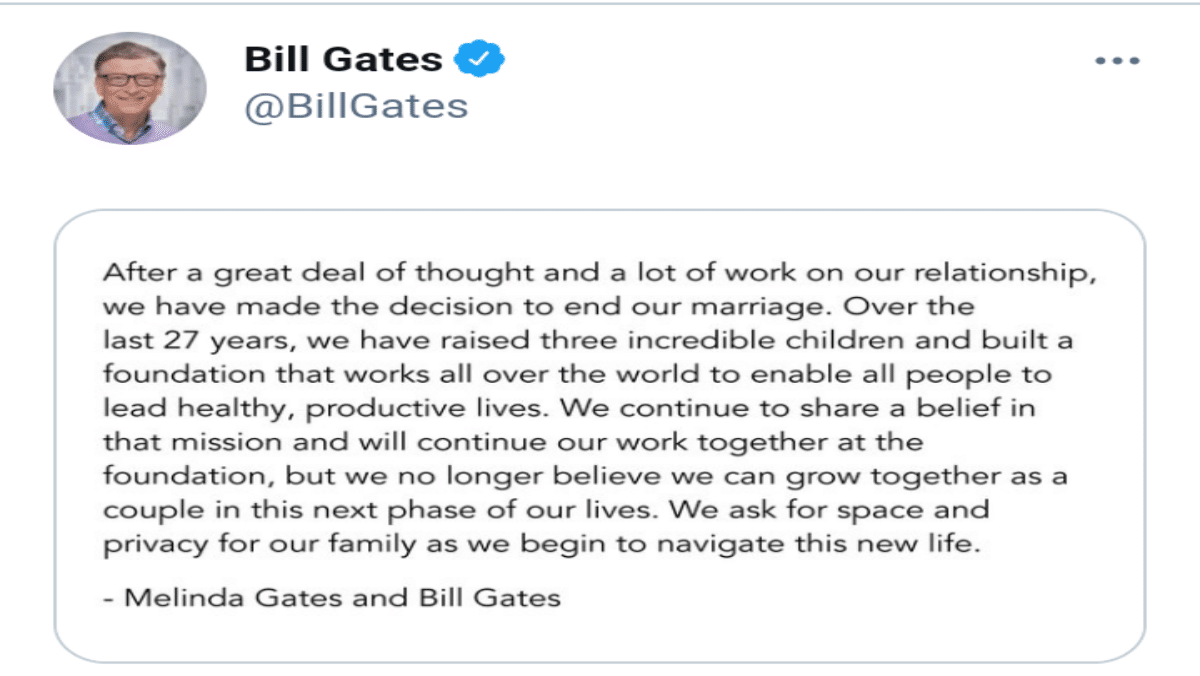 Bill and Melinda Gates are ending their marriage after 27 years, the pair announced in a statement on their verified Twitter accounts.”After a great deal of thought and a lot of work on our relationship, we have made the decision to end our marriage,” the statement reads.The couple founded their philanthropic organization, the Bill and Melinda Gates Foundation, together in 2000. Since then, the foundation has spent $53.8 billion on a wide range of initiatives related to global health, poverty alleviation and more, according to its website.”We have raised three incredible children and built a foundation that works all over the world to enable all people to lead healthy, productive lives,” the statement says. “We continue to share a belief in that mission and will continue our work together at the foundation, but we no longer believe we can grow together as a couple in this next phase of our lives.”

Melinda Gates filed a petition for divorce in King County, Washington, on Monday, asking a judge to dissolve the marriage based on the couple’s separation contract. No financial details were included in the publicly available documents.Bill Gates is one of the richest people in the world. His net worth was $137 billion as of February, according to the Bloomberg Billionaires Index ranking.