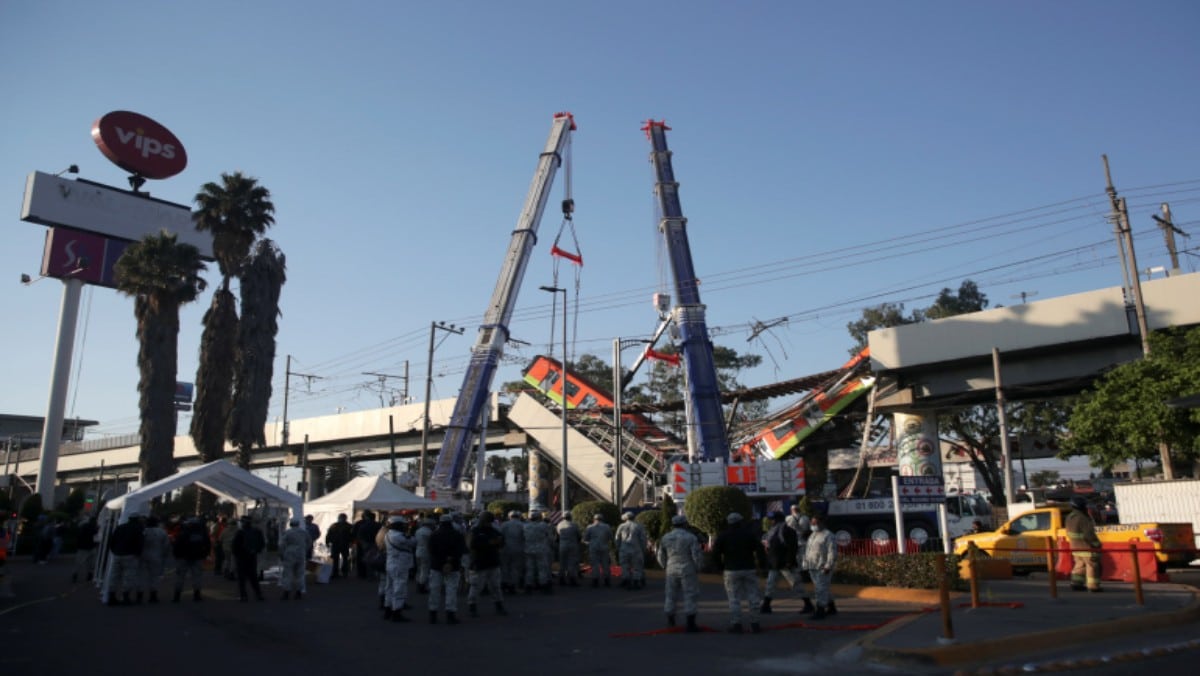 President Andrés Manuel López Obrador has expressed condolences and solidarity to the families of the victims and to residents of Tláhuac, the borough where a bridge had collapsed killing scores of people. He promised a thorough probe of the tragedy.

“A hug to all the people of Tláhuac, to all those who are suffering from this accident,” he said. “There will be constant information and there is no impunity for anyone.”

Stunning video from the scene shows the overpass collapsing on a heavily trafficked road, multiple vehicles apparently crushed under the enormous heap of debris amid a cloud of dust and smoke.

Mayor Claudia Sheinbaum said 21 died at the scene, while the others died at hospitals. Children were among the fatalities, Sheinbaum said. More than 70 people were also injured.

Mbaka Not with us – DSS.