Two killed, more than 20 injured in shooting outside concert in Florida.
Advertisement 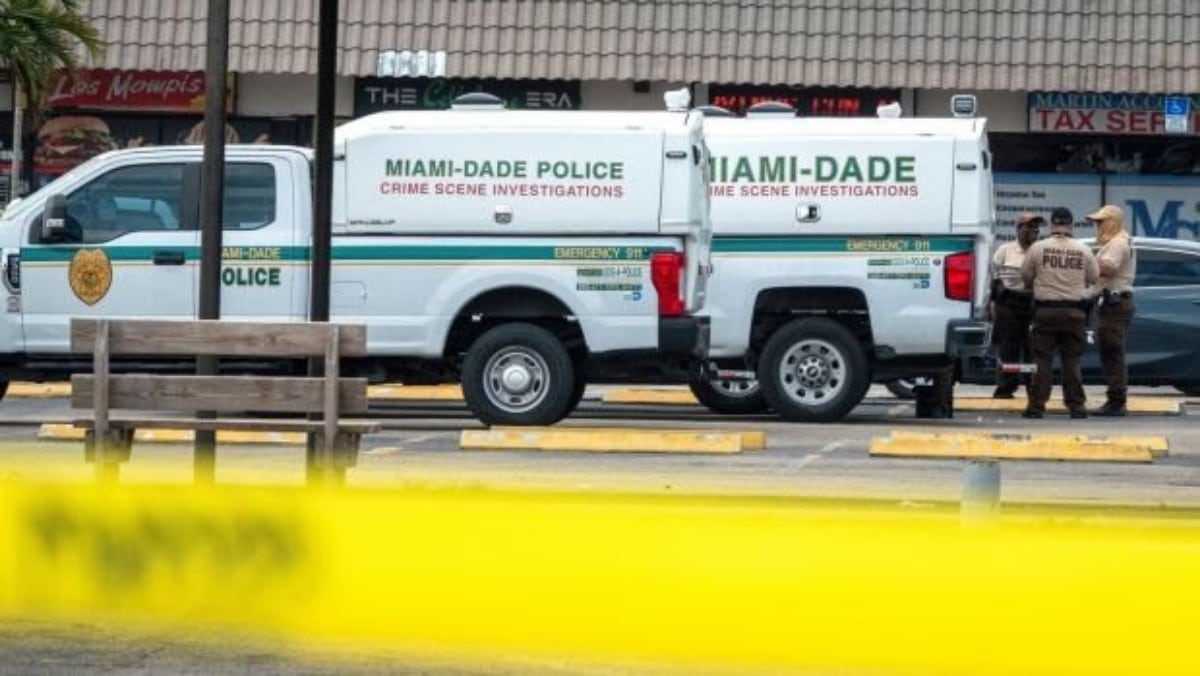 Miami Dade Crime Scene Investigators work at the scene of a shooting, at the entrance of the Billiards banquet hall in Miami Gardens, Florida on May 30th. Photograph: Cristobal Herrera-Ulashkevich/EPA

Two people were killed and at least 20 injured Sunday when three shooters fired indiscriminately into a crowd outside a concert in Miami, Florida, local police said.

Gunfire erupted during the early hours outside a billiards hall in a row of businesses near Miami Gardens, northwest of the coastal city’s downtown.

See alsoInsecurity;over 2000 Nigerians lost their lives in the first quarter of 2021

People crowded the venue, which was “hosting a scheduled event and several patrons were standing outside,” Miami-Dade Police Department said in a statement.

When a Nissan Pathfinder SUV approached the scene, it added, “three subjects exited the vehicle and began shooting indiscriminately into the crowd.”

The trio then got back in the car and fled the scene.

When authorities arrived, they found two people dead, according to the statement. At least 20 people were hospitalized, with at least one in critical condition.

In a tweet, the department’s director, Alfredo “Freddy” Ramirez III, condemned the “targeted and cowardly act of gun violence.”

“These are cold-blooded murderers that shot indiscriminately into a crowd, and we will seek justice,” he said.

Police were seeking help from the community to identify and arrest the shooters.

– 43,000 gun-related deaths –
Florida remains marked by the 2016 shooting at the Pulse nightclub in Orlando, in which a gunman killed 49 people and wounded at least 68 others.

Gun-related homicides have surged across the United States over the past year.

On Wednesday, a public transit worker shot dead nine people at a California rail yard before turning his gun on himself as police arrived.

A search this week of the shooter’s home — which was set ablaze shortly before the attack — turned up 12 guns, some 22,000 rounds of ammunition and suspected Molotov cocktails.

The coronavirus pandemic provided a pause in this deadly workplace violence, but the reopening of many companies has brought a return of shootings.

Several Students may have been kidnapped in Niger State.

“Sit at home, Forfeit your Shops” – Umahi to Ebonyi Traders.