How these Soldiers were killed in Imo on their before their Marriage.
Advertisement 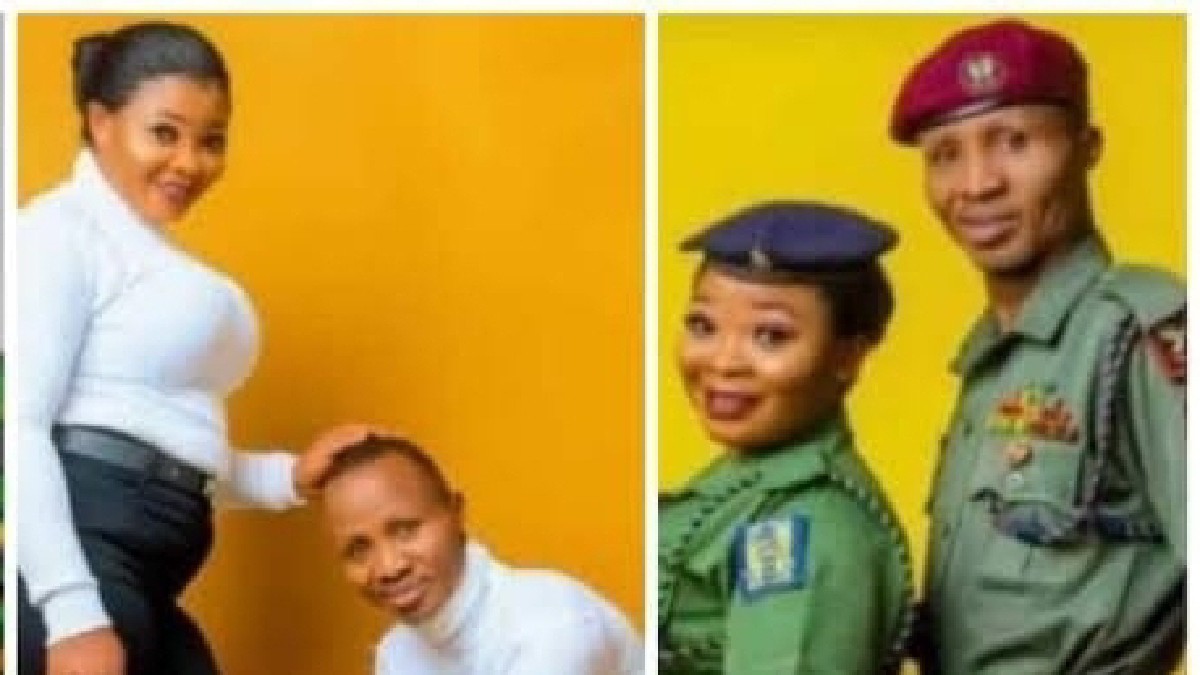 In Imo State, a couple who were members of the Nigerian Army were murdered by unidentified gunmen.

According to a military source, the woman was raped before being shot dead alongside her fiancé.

The pair were later executed by beheading.

According to the source, the couple was on their way to the state to formalize their traditional marriage rites when the incident occurred, and the criminals recorded the incident and circulated it online.

The source said, “They were on their way to Imo State on Saturday when the incident happened. The man, a Master Warrant Officer, and the woman, a Lance Corporal, were on transit when they met the criminals who killed them and made videos and circulated online.”

“The woman was raped before they shot at them and cut off their heads.

“The man was a member of the 19 regular intakes while the wife was of the 79RI. The man still has a father; his brother is also a soldier working at a battalion in Kaduna State.”

The Nigeria army has confirmed the attack and killing of its men in Imo. Brig. Gen. Onyema Nwachukwu, Director of Army Public Relations, confirmed the incident and said the Army was looking into it.

He vowed that no stone would be left unturned in bringing those responsible to justice.

He said, “I have received information about the cold-blooded murder of two of our personnel who were travelling home for their traditional wedding formalities.

“This is a dastardly act unleashed on our personnel by some criminals. The Nigerian Army has commenced investigations to unmask and bring to book the criminals behind the murder.”

A graphic video of the incident obtained by SaharaReporters showed the gunmen putting the victims’ heads on their chests after the incident.

“It’s so sad that we soldiers are no safer, the man was a member of the 19 regular intakes while the wife was of the 79RI.

“They were on their way to Imo state on Saturday when the incident happened. You won’t believe these gunmen as we speak still used their phones to make calls to their family members, making jest of them and threatening to kill them as well.

“This couple just married recently, even their photoshoot caused a lot of criticism and seems they were punished for it.

“Though the man is married to another woman with grown-up kids, he suddenly eloped with this young soldier, I was told the girl also had kids before joining the army as well.

“The man still has a father, his brother is also a soldier working at a battalion in Kaduna. The lady was also raped before they were beheaded,” a soldier told SaharaReporters.

We will ensure the protection of all persons living in Biafra land including non indigenes.”- IPOB