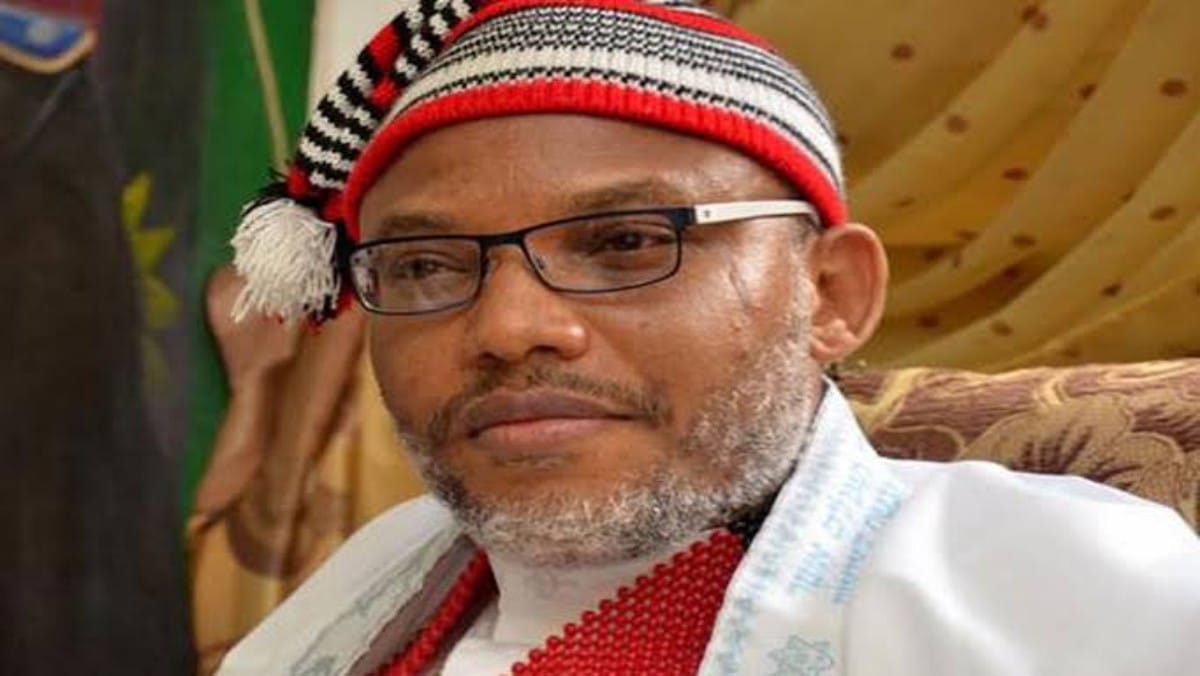 Nnamdi Kanu has pleaded with his supporters all over the world to pray for him as he awaits his trial.

Kanu has been in DSS custody since he was repatriated from Kenya on the orders of Justice Nyako.

The IPOB leader was apprehended in Kenya and will be returned in June 2022.

The leader of the Indigenous People of Biafra, IPOB, will appear in court soon.

On April 8, 2022, Justice Binta Nyako of the Abuja Federal High Court is expected to rule on Kanu’s application challenging the competence of the treason charges filed against him.

Kanu is facing treasonous charges brought against him by the Federal Government.

However, the IPOB leader expressed confidence that he would triumph.

See Also “I have Been Denied Access To See Mazi Nnamdi Kanu”- Brother cries out.

This was revealed by the IPOB leader during a routine meeting with his legal team at the headquarters of the Department of State Services, DSS, in Abuja.

Kanu reaffirmed that he would be free soon.

In a statement, Kanu’s Counsel, Ifeanyi Ejiofor said the legal team’s discussion with the IPOB leader centered on the fine-tuning strategy towards handling the outcome of the “anticipated ruling, come Friday, on our application challenging the competence of the charge.”

He said: “Onyendu is eminently ready for Friday’s ruling. He is firm in his disposition and strong in his conviction.“Be assured that there will be light at the end of the tunnel. Onyendu’s freedom will happen soon. It is forward ever and backward never!

“Onyendu requested millions of his followers, supporters and Ezigbo Umuchineke to remain strong in prayers, particularly as this special day approaches.”