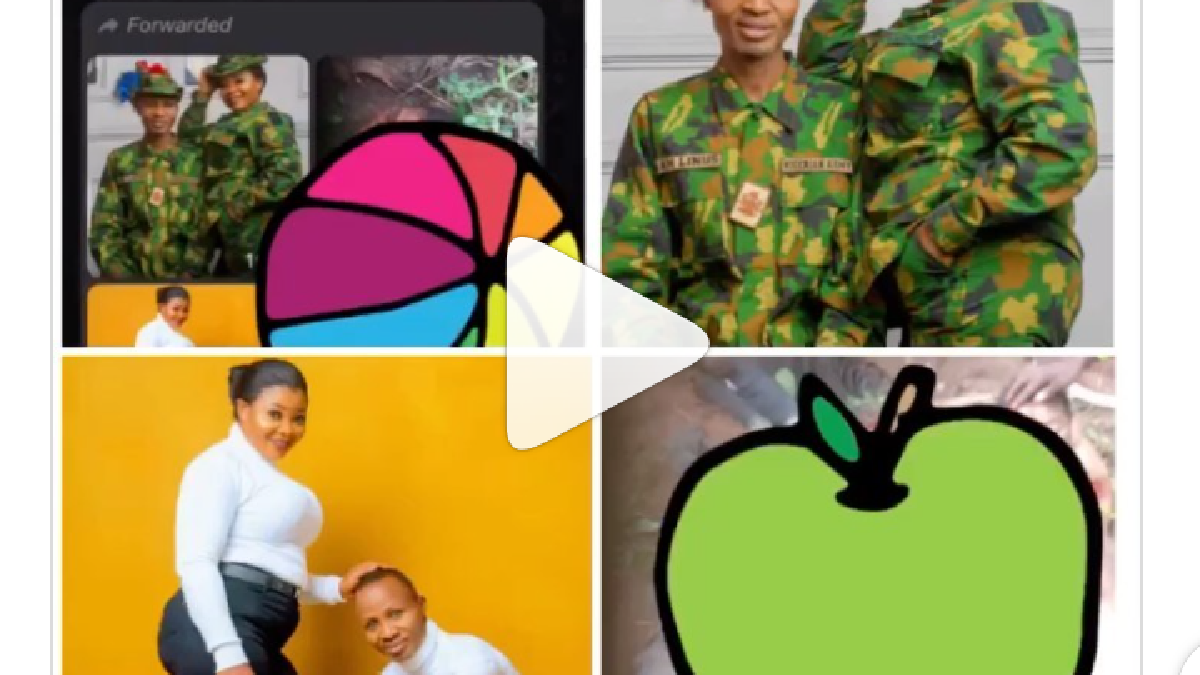 Soldiers killed in Imo video whichwas released some hours ago on twitter, has been decribed as “Terrorism taken too far” .

The Nigerian Army condemned the brutal murder of two about-to-wed soldiers on Tuesday, noting that the act was carried out by members of the outlawed Indigenous People of Biafra and its armed affiliate, the Eastern Security Network.

The Army described the beheading of Master Warrant Officer Audu Linus (retired) and Private Gloria Matthew, who were on their way to Imo State for their traditional wedding on April 30, 2022, as “gruesome, barbaric, and most despicable.”

Brigadier General Onyema Nwachukwu, Director of Army Public Relations, said in a statement on Tuesday that the act was terrorism taken too far.

See also How these Soldiers were killed in Imo on their before their Marriage.

Recall that reports on this platform had it that Matthew was raped before being shot dead along with her lover, Linus.

The pair were later beheaded, and the criminals recorded and distributed a video of the incident online.

The Army responded in a statement titled, ‘Gruesome Murder Of Two Soldiers By IPOB/ESN, Callous And Despicable,’ vowing that the perpetrators would not go unpunished.

The statement partly read, “Ironically, the fact that one of the soldiers, Pte Gloria Matthew who hails from Nkwerre LGA of Imo state, has an ethnic affiliation with the good people of South-East Nigeria did not prevail on the sensibility of the dissidents.

“This dastardly act, one too many, clearly portends the deep-seated hate, desperation and lawlessness with which foot soldiers of IPOB/ESN have been unleashing terror on Ndigbo, whom they claim they are on a mission to protect and emancipate, as well as other innocent Nigerians who are resident or transiting the South East.”

“This gruesome murder, in which they did not spare even their own child, clearly depicts callousness, impenitence and is indisputable, a brazen act of terrorism perpetrated by IPOB/ESN.

“Though the dissident groups have continued to live in denial while masquerading as unknown gunmen in their criminal violent campaign in the region, the NA will ensure the perpetrators of this dastardly act unleashed on its personnel do not go unpunished.

“While we deeply condole with the families, relations and close associates of the victims, the NA has commenced investigation to unmask and bring the criminals to book.”

The Federal Government had outlawed IPOB and designated the group a terrorist organisation in September 2017.

IPOB’s leader, Nnamdi Kanu, is currently in the custody of the Department of State Services and is facing terrorism-related charges before Justice Binta Nyako of a Federal High Court in Abuja.

soldiers killed in imo video;Press Statement from the Nigerian Army.

The the full text of the press statement released by the Nigerian Army today on their official Facebook page.

“Restrain from any comments on the IPOB” IPOB to Apostle Suleman.