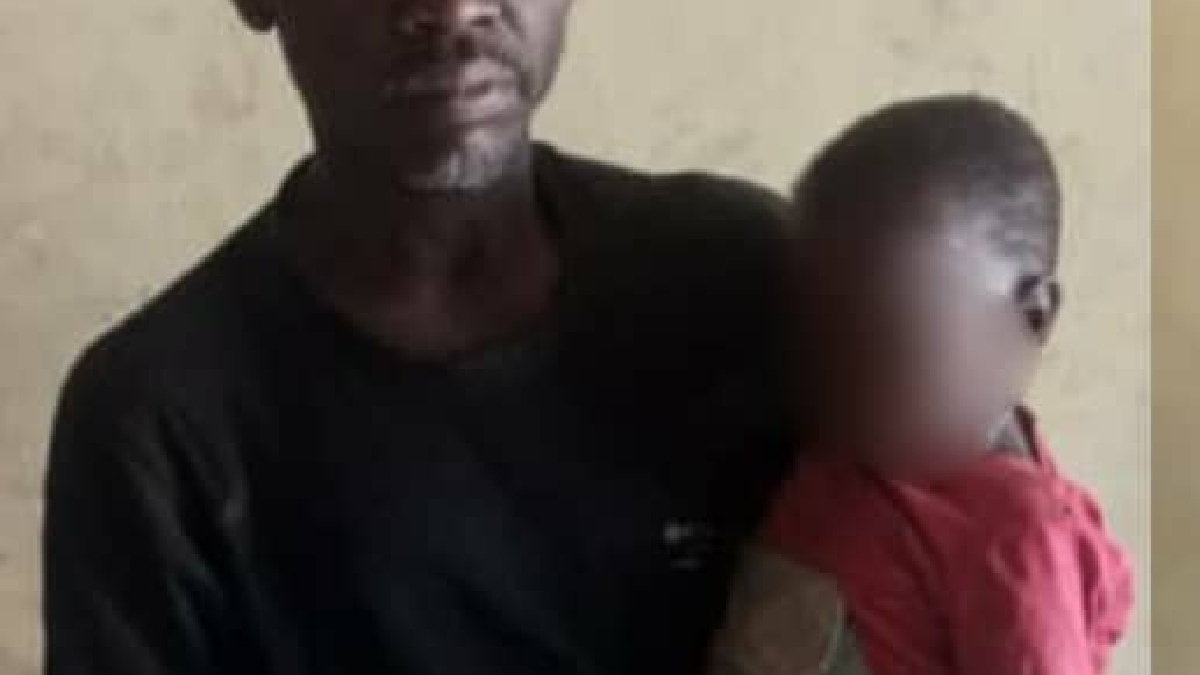 The suspect was apprehended after the policemen attached to Odeda divisional headquarters received a distress call that while the little girl was playing around in her parent’s compound, the suspect took advantage of her mother’s inattention while she was busy frying garri and stylishly took the little girl, after which he started running away with her.

A bystander spotted the suspect’s strange activity, which drew the attention of the mother, who then raised the alarm.

Upon receiving the distress call, CSP Femi Olabode of the Dpo Odeda division promptly gathered his personnel in collaboration with so many safe corpsmen and proceeded to the spot. The culprit was pursued into the jungle, where he was apprehended and the child was rescued.

During interrogation, the suspect confessed to the crime and told the cops that he came to the location with two ladies who were his collaborators. He went on to say that he had previously kidnapped two children from Egbeda in Lagos and the Akute area of Ogun state.

He claims that if he is successful in taking a child, he will offer the infant to two women who will give him the sum of eighty thousand naira.

Confirming the arrest, the state police command’s spokeswoman, DSP Abimbola Oyeyemi, said the commissioner of police, CP Lanre Bankole, has ordered a huge manhunt for the suspect’s two female accomplices in order to bring them to justice.

He went on to say that the CP further ordered that the suspect be sent to the state criminal investigation and intelligence department for a thorough inquiry.

“Be very vigilant and responsible for your personal security and safety.”- Nigeria urges citizens in Ukraine