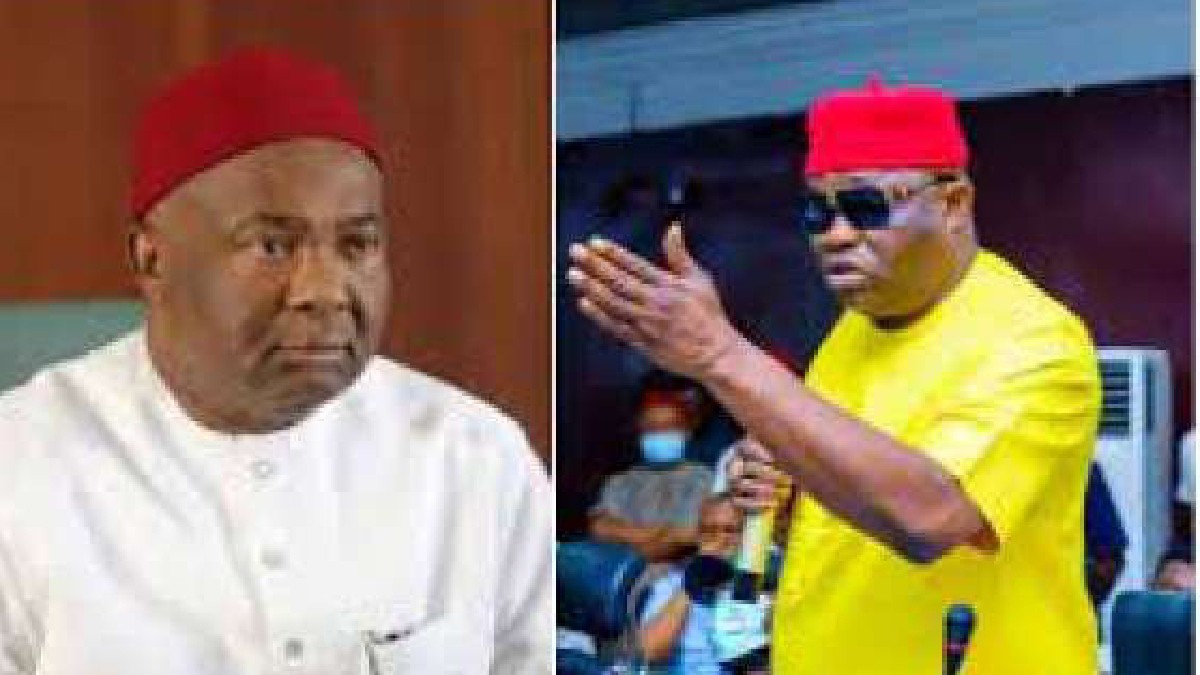 Batos Nwadike, a former presidential candidate and Special Adviser to Imo State on Political Matters, has tendered his letter of resignation.

Nwadike asked Governor Hope Uzodiinma to refund him the sum of N77,200,000 he spent running his office in a letter of resignation.

Nwadike claimed that the governor’s administration was undemocratic and that he was denied access to carry out his responsibilities.

“It is with a mixture of nostalgia, pride and regret that I write to formally inform you of my resignation as your Special Adviser on Political Matters.

“I am grateful to you for the great honour and privilege to have served the good people of Imo state in your administration.

” I am proud of the accomplishments of my office in the last 2 (two) years and 6 (six) months, during which time I dedicated all my talents and energy towards the success of your administration.

“If you will recall, in April to May 2021, in the heat of the then insecurity crisis and with the grief of the passing away of my dear mother, Nneoma Theresa Nwadike, my office courageously embarked on and auspiciously concluded a tour of the 27 (twenty-seven) Local Government Areas of Imo State.

See Also “This Generation is hopeless. All they care about is sex, vibe and free money.” – Deji.

” I inaugurated, on your behalf and government of Imo state, Shared Prosperity Ambassadors in each Local Government Area; emboldened Imo people against the marauding horde and delivered your message of hope, prosperity, peace and equanimity.”

“Soon after, in a memo, i proposed the “Imo Prays” event to your Excellency and I was delighted that your Excellency took the initiative and convened the event in collaboration with some religious leaders.

“I am equally proud to have conceived your government’s slogan of ‘Shared Prosperity’ which is widely embraced by all your supporters and now synonymous with your government.

“I had advised you even in the days preceding your election as Governor that Imo people deserve and will only be enamored by bold, ambitious and visionary legacy projects such as the Owerri/ Okigwe Road and Owerri/ Orlu Road. I am glad that your audacious ongoing reconstruction of those roads tallies directly with that advice.

“This is not to say that I am not disappointed in your failure to run an inclusive government outside your chosen insular inner circle.”

“Your undemocratic and opaque leadership style has caused me no small unrest. I have been appalled not merely for my political interest but on account of common decency.

“I was repeatedly left in the dark and denied access to power in a government and vision I played an unwavering and consistent leading role in birthing from 2001 to 2020. During this period, I never changed, disbelieved, vacillated or cross-carpeted.

“As your political adviser, I was not afforded the respect of my office or reimbursed my legitimate expenses such as Imprest of my office from inauguration till date. Your Excellency, for 28 (twenty-eight) months, I spent the sum of N2,400,000 (Two Million Four Hundred Thousand Naira) monthly from my own pocket in running the office which you appointed and inaugurated me into.

See Also How these Soldiers were killed in Imo on their before their Marriage.

“These expenses were made on account of payment of staff salary, logistics, feeding, media, printing, travel, events, meetings and several other sub-heads of payment. Furthermore, I spent the sum of N10,000,000 to furnish the government residence in Commissioners Quarters which I was allocated.”

“This is a total amount of N77,200,000 (Seventy Seven Million Two Hundred Thousand Naira). I humbly use this medium to once again request your Excellency to instruct that these expenses be reimbursed to me.

“Far- disappointing is your bewildering fervent embrace and elevation of hardened opponents of the vision, high and above honest and dedicated allies.”

“This is a brazen crass aberration of politics and power. Despite the challenges, I soldiered on without malice, bearing the constant slights and carrying my cross with the hope that it shall be well.”

“However, like the holy book says ‘there is a time for everything’. I believe the time has come for my departure from your administration. This is by no means the end to the over 20 (twenty) years of our political association.”

“I still remember with nostalgia our long ago regular extensive discussions on the struggle for Igbo presidency which culminated in your delivering Ozuruigbo’s 17th keynote lecture in 2016 at Transcorp Hilton, Abuja. As the adage goes, the rest is history.

“In parting, I must thank my wife Lolo Edith Nwadike and my children – Ozioma Nwadike Esq; Chisom Nwadike Esq; Queen Nwadike; and Chidinma Nwadike for supporting me and your administration with endless prayers in the course of my service.”

“I am also grateful to my extended family, my staff and my political associates especially Ozuruigbo followers worldwide, who greatly assisted me in shouldering the demands of my office and encouraged my political trajectory for around about thirty-five years and still counting.

“Once again, I thank you Governor Uzodinma for the opportunity. While I crave your kind understanding, I offer my prayers and best wishes for your success.”