Who will be Tinubu’s running mate?: "We must avoid threats to national unity"— Uzodimma
Advertisement 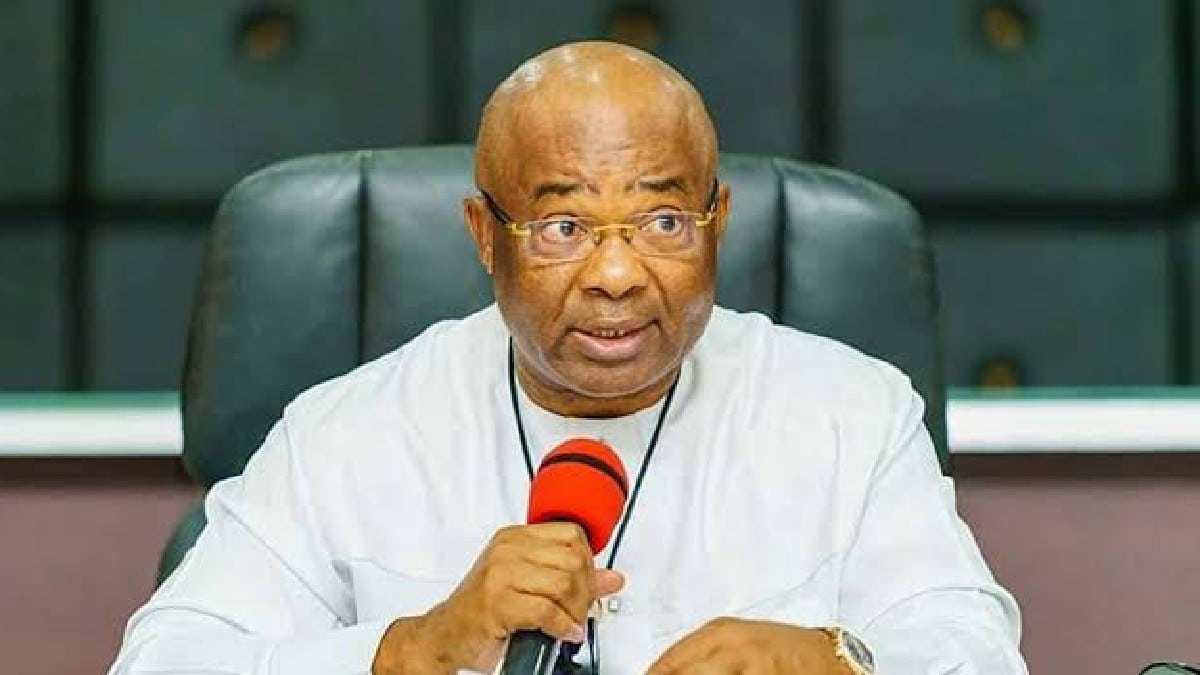 His warning came as he sought a running mate for the All Progressives Congress’s (APC) presidential candidate, Asiwaju Bola Ahmed Tinubu.

Fielding question on whether a single faith ticket was desirable, he responded: “I did not say is not about single faith ticket. I said there are internal characteristics that the decision maker may consider in the process of taking his decision.

The decision whether to choose Mr. A or Mr. B to be a running mate to a candidate is entirely that of the candidate.

“You started by saying the governors of the South East are complaining of not having the opportunity of being a running mate anymore.”

“But that is not the sole ambition of the south easterners, talkless of the governors to be a running mate. And in the business of presidential primaries, there is no election for a vice presidential candidate.”

“The business there is just to elect a candidate.”

When asked to comment on Tinubu’s alleged plan to run on a Muslim/Muslim ticket, the Imo governor argued that religion is not a factor in the selection of a presidential running mate in Nigeria.

He said, “There is no where in the constitution of the Federal Republic of Nigeria where religion is a factor or characteristic as to who becomes the president or who becomes the running mate.

“But we are looking for united Nigeria, where governance will be the issue, where a president would be ajudged by his capacity to deliver democratic dividends, develop Nigeria to look like other parts of the Western world where democracy is working.

“I don’t want us to reduce governance in Nigeria to certain things that will encourage divisiveness. Rather, we should be a united Nigeria, be our brother’s keepers, have a president of Nigeria that will be a president representing, every tribe, every religion, every denomination, and when we get there, we will cross the bridge.

“The decision also to choose a running mate does not reside with any of us, the governors. It is the presidential candidate that will look at the local characteristics and every factors, political and apolitical that will make him win his election and take the decision. So, it’s not a decision that we will sit here and take for the candidate.”

Osibanjo Would have been the best presidential candidate ever produced in Nigeria.” Abubakar Girei

“Wike is intolerant, unpredictable, and violence-inclined. Nigerian Muslims do not trust him.”-MURIC.